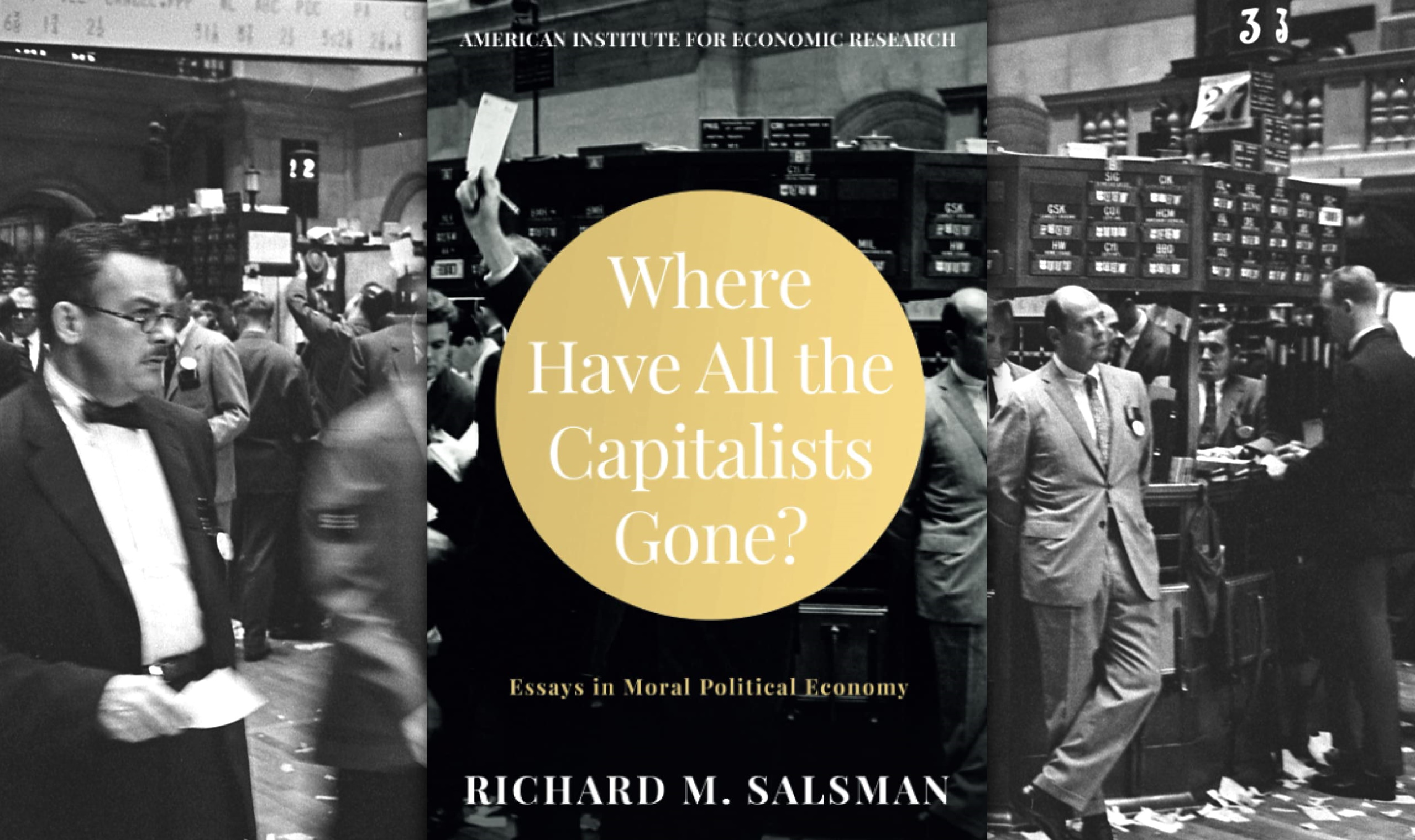 Where Have All the Capitalists Gone? Essays in Moral Political Economy by Richard M. Salsman

Imagine living in a rights-protecting society where individuals are free to create an abundance of life-serving products and services—where scientific and medical innovations are so common that your life expectancy could easily surpass ages we currently only dream of.

Richard M. Salsman advocates the basis of such a society—capitalism—in his latest book, Where Have All the Capitalists Gone? Essays in Moral Political Economy. In this collection of sixty-six essays, Salsman describes and examines the requirements of a truly capitalist, fully free society.1

Why is capitalism the only system capable of bringing about such flourishing? Referencing Ayn Rand, Salsman points out that capitalism is the system of the mind. He writes:

Ayn Rand argued that reason is our main means of survival, that brains, not brawn, are the primary source of wealth creation and flourishing. She demonstrated why human intelligence and productive prowess must be free if they are to function properly, and—of most relevance here—that capitalism is the only social system that protects individual rights, frees man’s mind, and enables him to produce, trade, and prosper. Rand defined “capitalism” as “a social system based on the recognition of individual rights, including property rights, in which all property is privately owned.” Critically, “it is the basic, metaphysical fact of man’s nature—the connection between his survival and his use of reason—that capitalism recognizes and protects.” (29)

Salsman, a professor in Duke University’s Philosophy, Politics & Economics (PPE) program, integrates these three disciplines, also bringing to bear the knowledge he’s gained while running his own market forecasting firm, where his clients expect quantifiable results that increase their profits. The author of three other books and hundreds of articles on various aspects of capitalism, Salsman is one of the world’s foremost scholars on the topic. . . .

1. Most of the essays were previously published at American Institute for Economic Research, The Objective Standard, Forbes, and Capitalism Magazine. Others, published by Salsman’s company Intermarket Forecasting Inc., previously were available only to those subscribing to that company’s services.