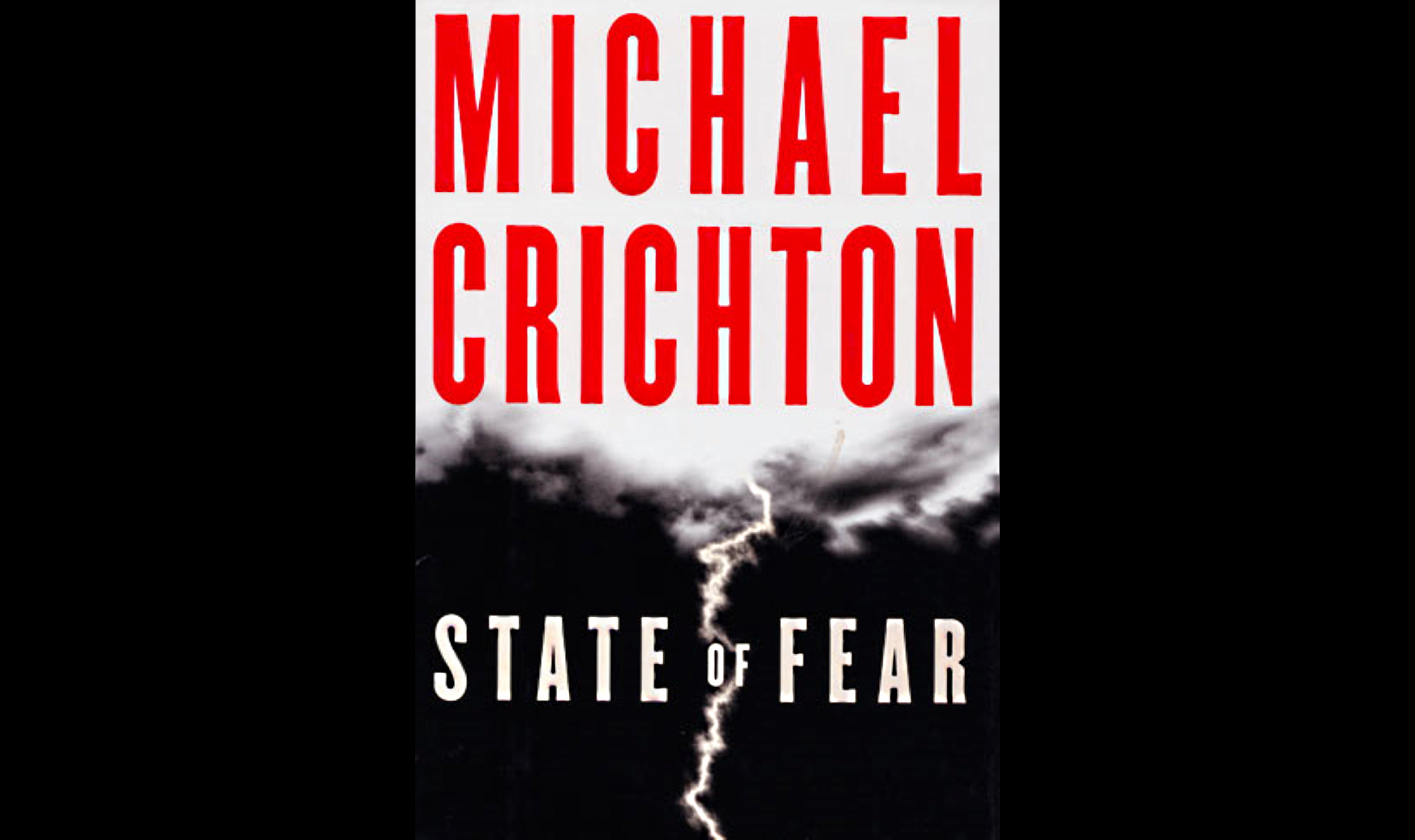 State of Fear by Michael Crichton

“When you have a strongly held belief, don’t you think it’s important to express that belief accurately?” (103). This is the question that a litigator asks protagonist Peter Evans in State of Fear after Evans provides several imprecise definitions of global warming. It’s not, as he initially thinks, the “heating up of the earth from burning fossil fuels”; it’s not, as he next guesses, the “heating up of the surface of the earth from the excess of carbon dioxide in the atmosphere that is produced by burning fossil fuels” (102). No, it’s the “theory that increased levels of carbon dioxide and certain other gases are causing an increase in the average temperature of the earth’s atmosphere because of the so-called ‘greenhouse effect,’” answers the litigator (102). Puzzled, Evans is then ushered into a conference room to be videotaped in front of a mock jury, wondering how much of what he believes about climate change is actually true.

One of Michael Crichton’s most varied and provocative thriller novels, State of Fear takes readers on a journey from the politically charged environmental law firms of Los Angeles, to the volcanic terrains of Antarctica, to the isolated rain forests of the South Pacific, and beyond—tracing the protagonists as they attempt to prevent a group of ecoterrorists called the Earth Liberation Front (ELF) from manufacturing a calamity that would threaten mankind.1 In Los Angeles, Evans works as a lawyer for George Morton, a wealthy philanthropist who has dedicated significant time and resources to the National Environmental Resource Fund (NERF).

After Morton discovers that some of his donations have been used for nefarious purposes, he is approached by John Kenner and his associate, Sanjong Thapa, who are on a quest to stop the ecoterrorists behind this. These terrorists are planning to use their orchestrated environmental catastrophes as “evidence” to convince the general public that global warming is a pressing concern. However, before Morton can act on this information and recoup his donations, he is declared missing and presumed dead after a smoldering automobile wreck. This prompts Kenner and Thapa to recruit Evans, along with Morton’s assistant, Sarah, to accompany them on the risky international endeavor. . . .

View all articles by F. F. Mormanni →
Letter to the Editor
O. Henry: 101 Stories, edited by Ben YagodaInnovators in Sculpture and Innovators in Painting by Dianne Durante

1. State of Fear is varied in comparison to most of Crichton’s previous novels because it covers a wide variety of geographical locations. Other novels of his typically take place in one location. For example, Rising Sun (1992) is set in Los Angeles. Disclosure (1994) takes place in an office in Seattle; “State of Fear,” The Official Site of Michael Crichton, https://www.michaelcrichton.com/state-of-fear/ (accessed June 4, 2021).

7. “State of Fear,” The Official Site of Michael Crichton.