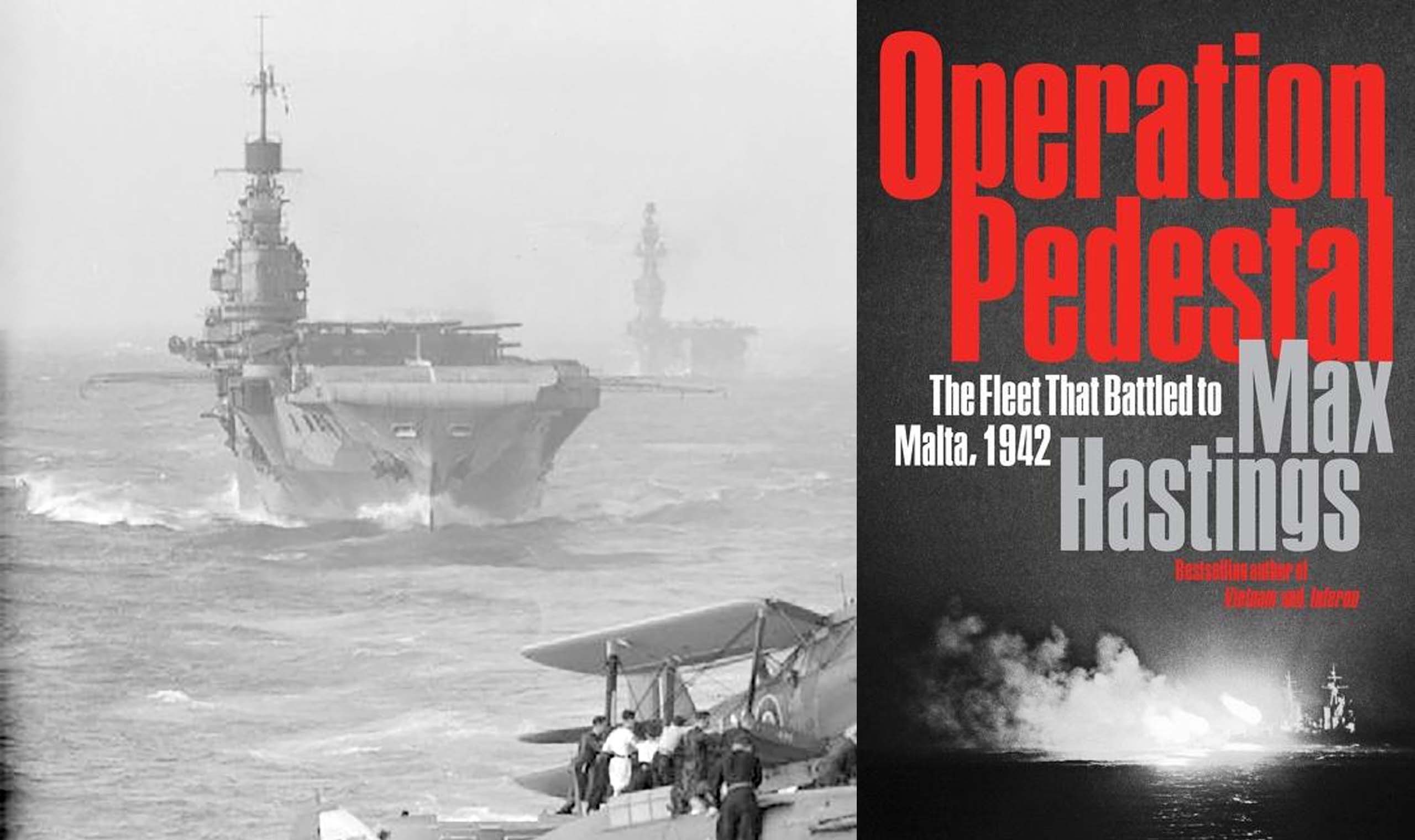 Operation Pedestal: The Fleet That Battled to Malta, 1942, by Max Hastings

Among the horrific battles of World War II, Operation Pedestal—the 1942 effort to resupply Britain’s besieged colony on the Mediterranean island of Malta—seems relatively minor. It was nothing like the Battles of Stalingrad, which lasted six months and killed two million people; or Okinawa, which involved hundreds of ships, thousands of planes, and hundreds of thousands of soldiers and sailors. Nor was it a pivotal victory for the Allies; on the contrary, it is better seen as a failure by German and Italian forces to push their own overriding advantage. Yet the British and American convoy that braved onslaughts from air and sea to bring food, fuel, and ammunition to twenty thousand people trapped on a tiny island was, as Max Hastings explains in this breathtakingly dramatic account, “one of the fiercest sea battles of the war,” and one that encapsulated the courage and cowardice, genius and foolhardiness, that made up mankind’s bloodiest conflict (31).

Pedestal was British Prime Minister Winston Churchill’s idea. By the summer of 1942, his government had lost all of its Mediterranean outposts except Malta, which was both a tactical handicap to the Allies (because it meant the Axis powers faced fewer obstacles in southern Europe and Northern Africa) and a blow to British morale. Churchill’s forces had been driven to surrender in Singapore in February, and Libya in June, and even more humiliating was the failure, also in June, of an Allied convoy called PQ17. That episode involved a flotilla carrying supplies to the Soviets, which fell into disarray when the British Admiralty, thinking the fleet was about to be attacked by a German battleship, panicked and ordered the ships to scatter. That battleship turned out not to be in the area, and by breaking up, the Allied vessels became prey to Axis submarines and planes, which destroyed twenty-four of the thirty-five cargo ships. . . .