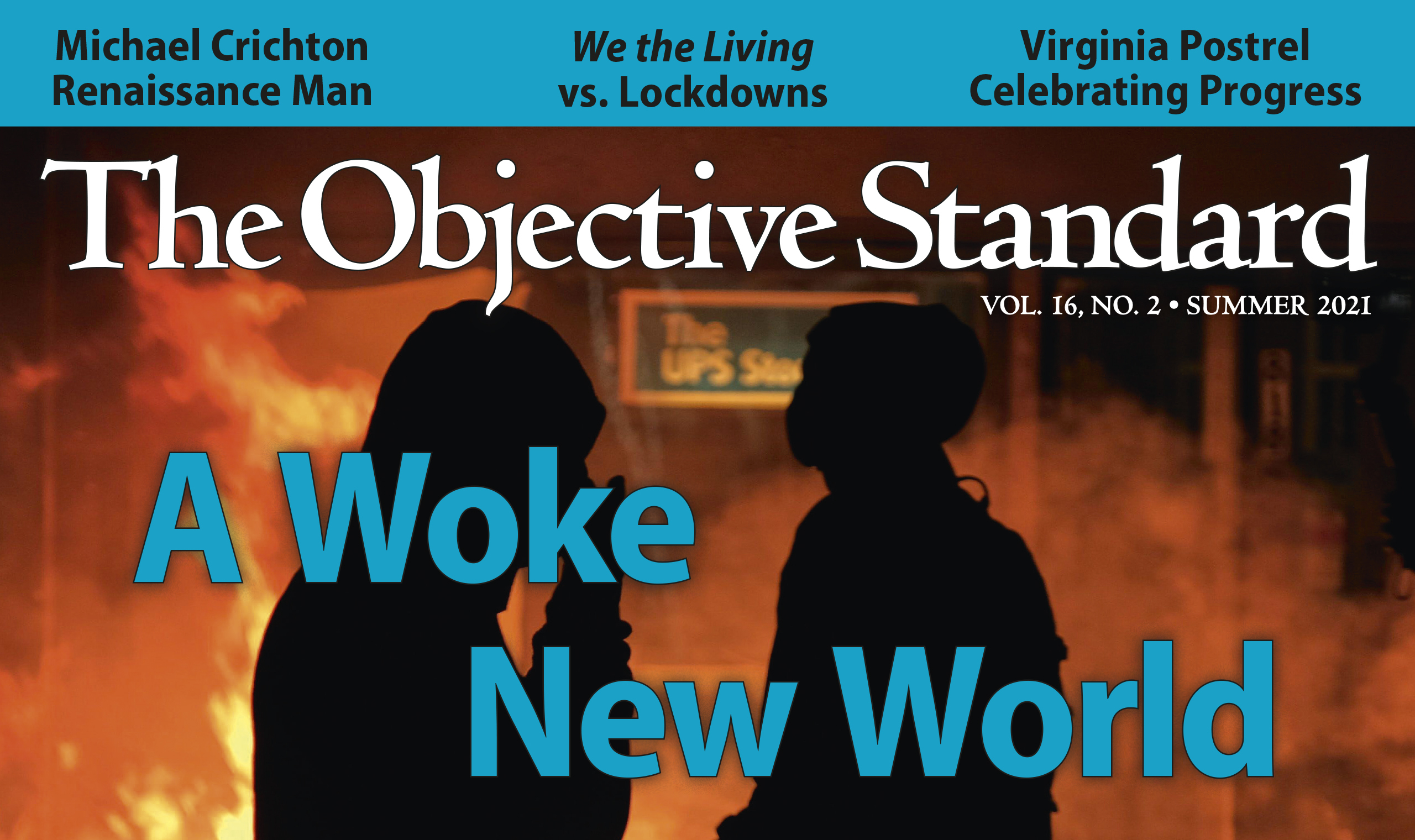 Welcome to the Summer 2021 issue of The Objective Standard.

With this issue, I am delighted to announce that Jon Hersey has been promoted to managing editor of the journal.

Jon published his first article with TOS in August 2016, came on full-time as an assistant editor in November 2017, and was promoted to associate editor in November 2018. Along the way, and to this day, he has consistently worked thoughtfully, improving TOS’s processes and outcomes. He also has increasingly performed the functions of a managing editor. This promotion is simply a recognition of the fact that he made himself managing editor.

Jon has done remarkable work in the years that he’s been with the journal. He has written more than eighty excellent articles and edited hundreds more. He has worked diligently to improve his own writing and editing skills. He has attracted and recruited new writers and up-and-coming talent to work with TOS. He has worked with seasoned writers to help them polish their articles and with new writers to help them level up to the demands of the journal. At every turn, he has upheld TOS’s hallmarks of clarity, precision, and integrity.

Jon also hosts two podcasts and teaches writing courses at TOS’s sister organization, Objective Standard Institute (OSI). Many of his students have gone on to publish articles in TOS and other outlets (some have launched writing careers). Further, Jon conceived and created OSI’s “Republic of Letters,” a bimonthly meeting of TOS writers and OSI course participants who are committed to sharing ideas, improving their thinking and communication skills, and becoming better, more effective advocates of the principles on which freedom and flourishing depend.

Congratulations, Jon—and thank you. I look forward to seeing how you shape the journal moving forward.

Welcome to the Summer 2021 issue of @TheObjStd. Features include “A Woke New World,” by @mike_dahlen, “Michael Crichton: Jurassic Renaissance Man” by F. F. Mormanni, and more.
Click To Tweet