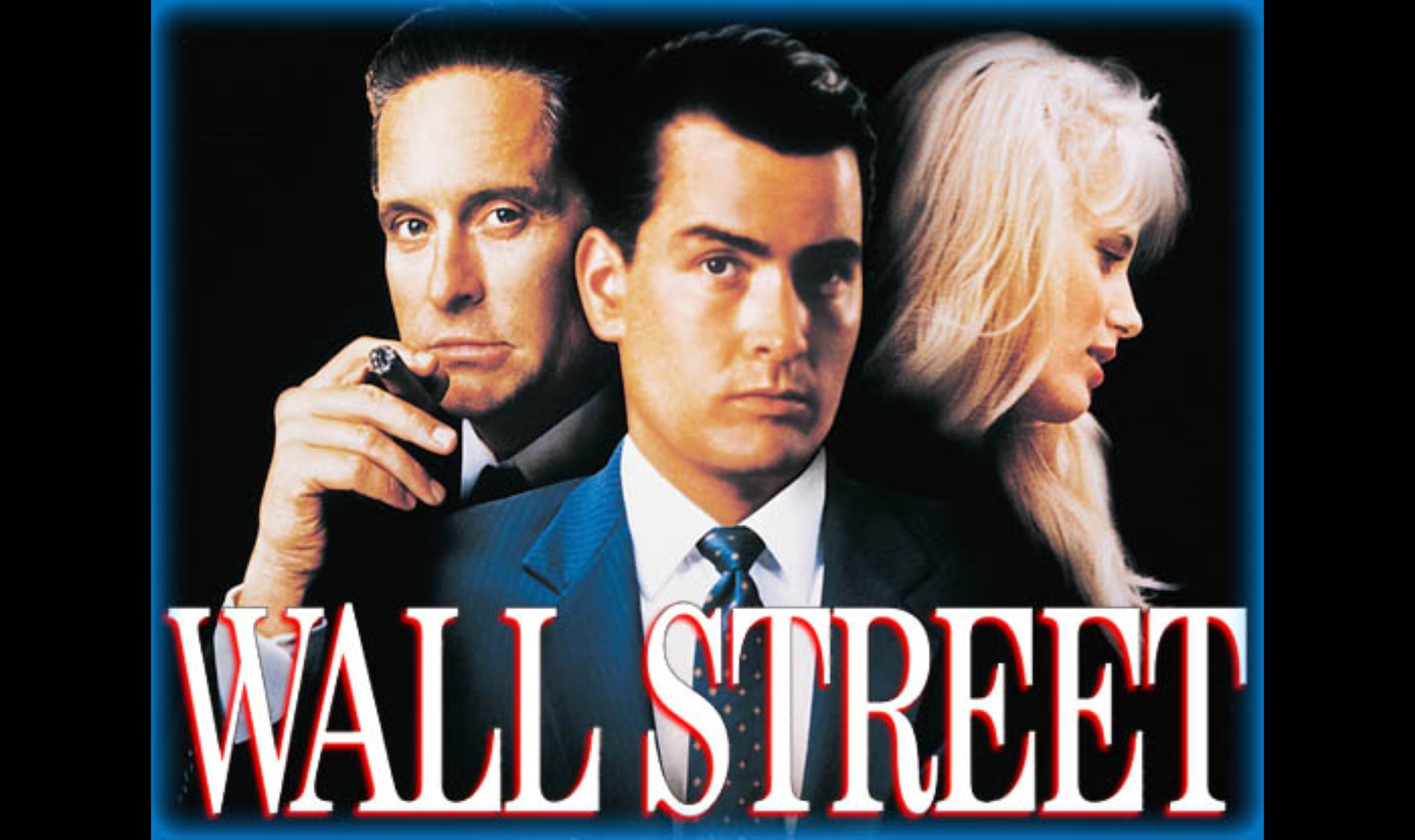 Movies about the financial industry typically reflect the common belief that Wall Street is a corrupt place, rife with con men who lie, cheat, and deceive in order to make millions.1 Unfortunately, Wall Street (1987) is no exception. But it does have some redeeming qualities.

Written by Stanley Weiser and Oliver Stone, Wall Street follows the ambitious young stockbroker Bud Fox (Charlie Sheen) as he captures the attention of the legendary financier Gordon Gekko (Michael Douglas). The film begins with Bud at a New York City brokerage firm, where he has been unsuccessfully cold-calling Gekko for weeks to land him as a client. Obsessed with the prospect of working with his hero, Bud eventually goes to Gekko’s office to pitch him trading ideas. He reveals insider information about the problems of BlueStar Airlines, where his father, Carl (Martin Sheen), works. Gekko uses this information to make a successful trade in BlueStar and hires Bud to manage some of his money.

Later in the film, Bud pitches Gekko an idea to acquire BlueStar and make the company more efficient. However, once Bud recognizes that Gekko intends to destroy the company for his own benefit, he seeks revenge, manipulates BlueStar stock, and causes Gekko to lose millions. They are both ultimately punished by the Securities and Exchange Commission (SEC).

Gekko represents what many consider the quintessence of a Wall Street financier: a man who is willing to do anything—even if illegal or immoral—to make millions. . . .

View all articles by F. F. Mormanni →
Letter to the Editor
A Private Rail Renaissance Percolates after Fifty Years of Amtrak FailuresThe Book that Helped Me Find Purpose in Life