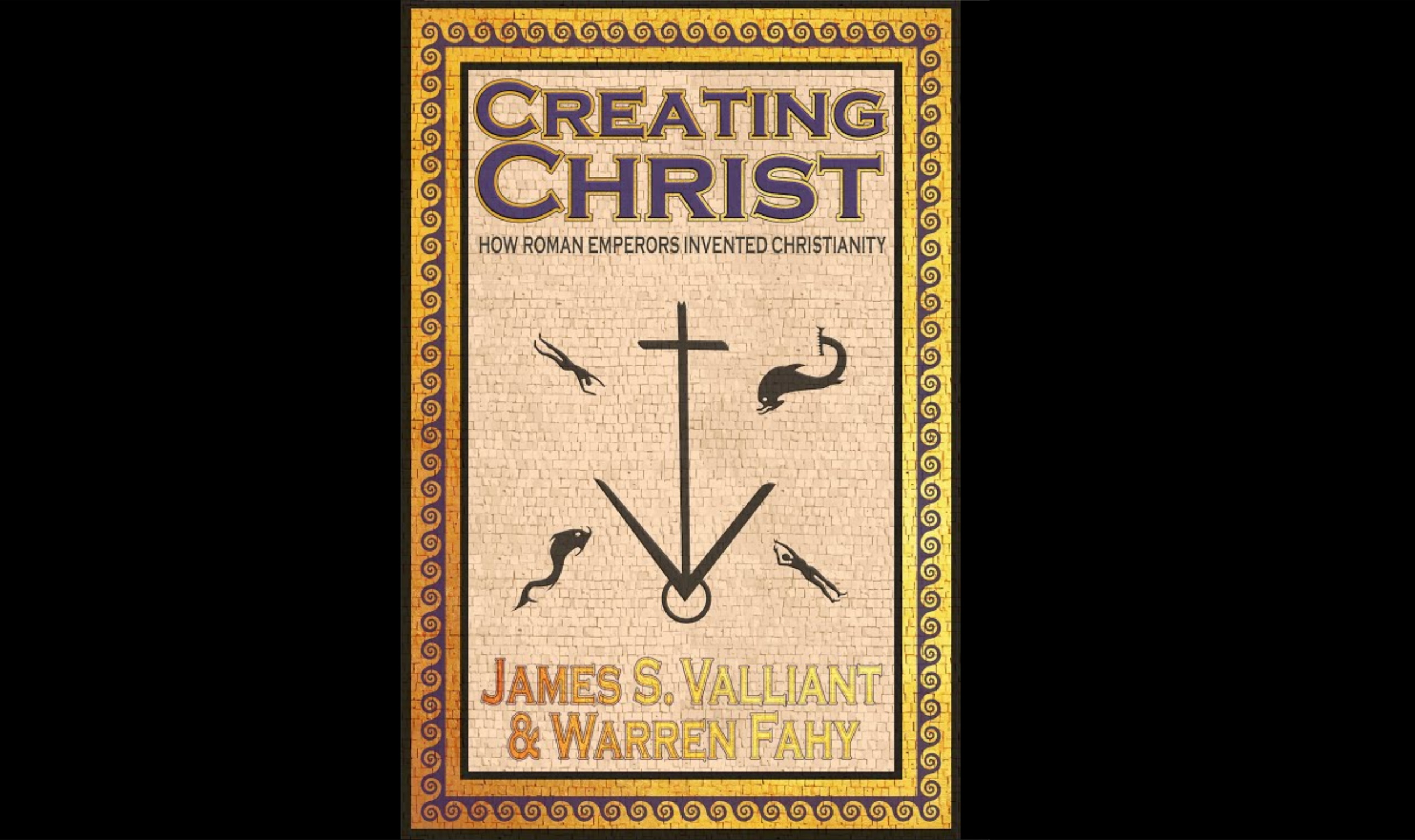 Christianity was created by the Roman state, and the New Testament was Roman propaganda designed to pacify fanatically rebellious Jews. This is the boldly original thesis James Valliant and Warren Fahy present in Creating Christ: How Roman Emperors Invented Christianity.

The Romans dominated a vast polyglot, multicultural, religiously tolerant empire of conquered nations. They adroitly co-opted the gods and customs of subjugated peoples as a means of assimilating enemy tribes under their political hegemony.

Jews, on the other hand, are known to have been fanatically monotheistic, ferociously nationalistic, intensely xenophobic, and fiercely intolerant of paganism. Ancient Judea was a seething hotbed of Jewish fanatics determined to overthrow secular Roman governance and establish an independent state ruled by strict orthodox Judaism. The Jews utterly repudiated Rome’s vision of a religiously tolerant empire. In their view, God’s “chosen people” held “the truth” denied to lesser faiths and tribes.

The two cultures were ice and heat, water and fire. The relentless Jewish uprisings against Rome were inevitable. Valliant and Fahy describe the conflict, drawing parallels with modern events:

Religious fanatics from the Middle East are waging an assault on Western Civilization, . . .

View all articles by Andrew Bernstein →

OSI’s May Courses for Life, Liberty, and HappinessLetter to the Editor: Keep the TOS Reviews Coming

1. Regarding the events that started the war, historians today reject Tacitus’s claim that Nero ignited the Great Roman Fire of 64 CE. Valliant and Fahy argue that Jewish fanatics were culpable. Their conclusion is based on the intense hatred/conflict between Jewish zealots and Rome, on a growing Jewish presence in the capital, and on Rome’s repeated efforts to expel Jews from the city.

2. Valliant in private e-mail to the reviewer.