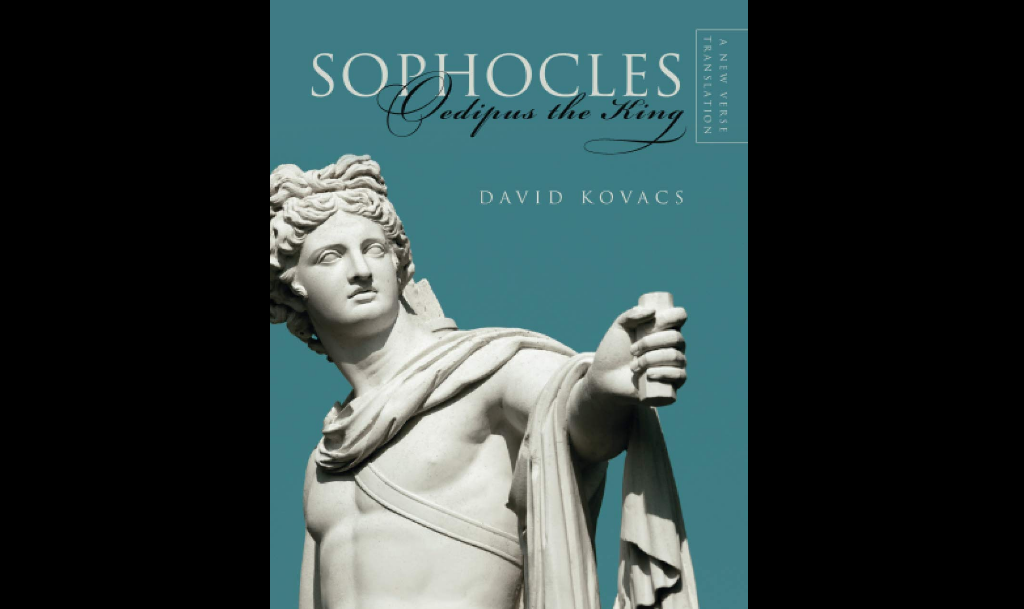 Oedipus the King has been considered a masterpiece for two and a half millennia. No less a luminary than Aristotle called it the ideal tragedy. But today’s readers are often disturbed by its apparent injustice. How is it fair that the gods consign Oedipus—a genuine hero who strives to avoid committing the sins for which he is damned—to such an awful fate?

And it is surely among the most horrific fates suffered by any literary character. Over the course of Sophocles’s ingeniously structured plot, the hero—who becomes king of Thebes after having rescued the city from the curse of the enigmatic Sphinx—discovers a concealed truth that demolishes his family, his monarchy, and everything he once held dear.

When a mysterious plague falls upon Thebes, he consults the soothsayer Tiresias, who accuses Oedipus himself of bringing down the wrath of the gods for some unknown crime. At first, Oedipus dismisses this as a lie, but as the investigation progresses, we learn that it is true: When he was a child in his native Corinth, a fortune-teller prophesied that Oedipus would murder his father and marry his mother. To avoid committing these sins, he fled Corinth for Thebes as a young man. There, he defeated the Sphinx by solving its riddle and was rewarded with both the throne and the wife of the late King Laius, who had been murdered shortly before under mysterious circumstances.

The clues slowly add up: Oedipus learns that his “parents” were not the royal family of Corinth, as he thought; they adopted him after he was found abandoned as a baby. Laius perished at a crossroads where Oedipus remembers having killed a group of travelers who accosted him while he was fleeing Corinth. His wife, Jocasta, recalls ordering a servant to abandon her newborn son on a hill years ago, after she received a frightening prophecy that he would grow up to assassinate his father. When at last it is revealed that Oedipus is Jocasta’s child, and that it was Laius he killed on the road, Jocasta hangs herself, and Oedipus cuts out his eyes, before begging to be exiled from Thebes.

University of Virginia classicist David Kovacs translates all of this into a slightly elevated English meant to echo the sophisticated tone of Sophocles’s Greek. . . .