Celebrating Progress and Combating Complacency: An Interview with Virginia Postrel - The Objective Standard 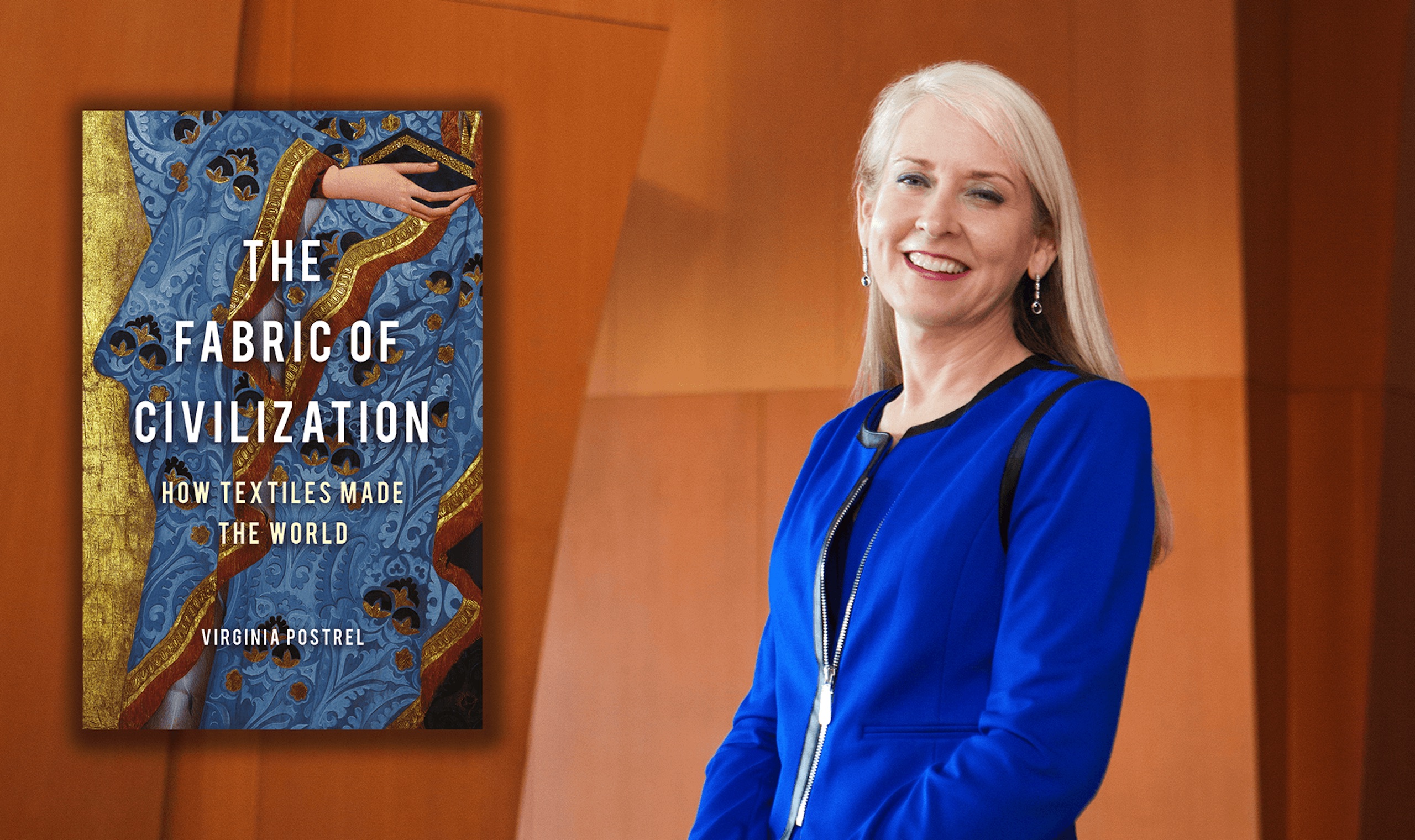 Celebrating Progress and Combating Complacency: An Interview with Virginia Postrel

Few writers in the liberty movement are as dynamic and inspiring as Virginia Postrel, former editor of Reason magazine and author of The Future and Its Enemies (1998), The Substance of Style (2003), The Power of Glamour (2013), and The Fabric of Civilization (2020). Winner of the 2011 Bastiat prize, Postrel started her writing career reporting for the Wall Street Journal and has been a columnist for the New York Times and The Atlantic. Postrel stands out for showing not only that some views, which she calls “stasist,” impede human progress, but also for outlining a “dynamist” view that promotes prosperity.

We spoke recently about this stasist/dynamist divide, how it impacts people’s views on such things as style and glamour, and about the incredible (though oft-overlooked) achievements that made possible the modern textile industry.

Jon Hersey: Hi, Virginia. Thanks so much for speaking with me today. In your latest book, The Fabric of Civilization, you lay out the history of textiles. Why examine this history?

Virginia Postrel: I think there are two reasons. One has to do with textiles in particular, which is that they are ubiquitous and really important in our lives, but we take them for granted. I write in the book that we suffer “textile amnesia,” because we enjoy textile abundance. This is atypical in human history, as textiles typically have been highly valued and difficult to obtain. Making and trading them consumed a great amount of time and energy.

The other thing has to do with the history of innovation, science, technology, trade, and human history in general, because textiles are something that we all use. They’re found in almost every culture. They were the objects of some of the earliest long-distance commerce. So a lot of business practices came out of the textile trade. In looking at history through the lens of textiles, you have the experience—which I think is one of the great things about studying history—of seeing people who are extremely different from us, yet very similar in some respects. I think appreciation for the uniqueness of moments in time and of different cultures is a fascinating part of studying history, as is appreciation for the commonalities.

Postrel: Even the textiles that we call natural—you know, natural fabrics, natural fibers, like cotton and denim—are highly artificial. Bringing them into being required lots of invention over many centuries. The earliest invention that I talk about in the book is that of string, which is something we, of course, take for granted. And given that it’s at least fifty thousand years old and was used by Neanderthals, I think it’s excusable that we take it for granted. It seems completely natural that there would be string in our environment. But it is a hugely transformative technology, because once you figure out that you can strip plant fibers and roll them into longer strings, then a lot of things become possible. It’s possible to tie a spearhead to a stick; it’s possible to make fishing nets; it’s possible to set traps; it’s possible to tie your food up above the ground so that vermin don’t get it; it’s possible to make baby carriers so that when you’re carrying your infant, your hands are free. Lots and lots of things become possible. So, string is what today is called a general-purpose technology, like the steam engine or the semiconductor—it’s just a whole lot older. . . .