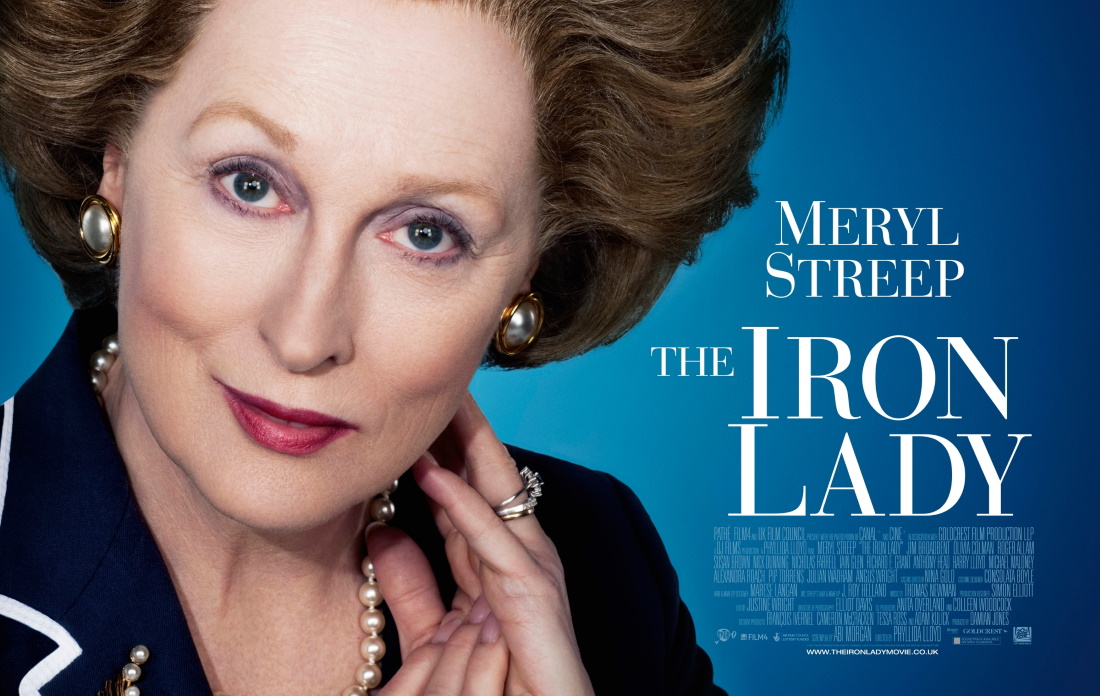 To those waiting with bated breath for that favorite media catchphrase, the “U- turn,” I have only one thing to say: You turn if you want to. The lady’s not for turning. —Margaret Thatcher

Margaret Thatcher is one of the most controversial figures in modern history. Some consider her to have been a cruel, heartless villain who destroyed jobs and livelihoods, whereas others revere her as a valiant defender of liberty and the free market who saved her country’s economy. Yet, most agree that she was a woman who stood by her convictions, and this is shown throughout the aptly named 2011 biopic The Iron Lady. It depicts an elderly Thatcher, played by Meryl Streep, reflecting on her life and political career.

Viewers see Thatcher as a young woman, struggling to gain a foothold in politics due to common attitudes at that time toward her gender and lower-middle-class background. Despite these obstacles, she persevered, first winning a seat in the House of Commons and eventually becoming the first female prime minister of the United Kingdom.

Her tenacity is evident in her responses to terrorism on various occasions. Consider, for instance, the horror of the 1984 bombing of the Grand Brighton Hotel, where most of the Conservative Party, including Thatcher and her husband, were staying. The couple escaped unscathed. Unfortunately, the movie only briefly alludes to the fact that Thatcher, undeterred, spoke at the party conference the next day as scheduled, despite severe security concerns.1 However, it does show her responding to the 2005 Al Qaeda bombings in London, insisting, “We must never, ever, ever give in to terrorists.” . . .

View all articles by Angelica Walker-Werth →
Introducing OSI’s Republic of LettersGod vs. Ayn Rand: A Fireside Chat with Dennis Prager and Craig Biddle

8 Joe Sommerlad, “Section 28: What Was Margaret Thatcher’s Controversial Law and How Did it Affect the Lives of LGBT+ People?,” Independent, May 25, 2018, https://www.independent.co.uk/news/uk/politics/section-28-explained-lgbt-education-schools-homosexuality-gay-queer-margaret-thatcher-a8366741.html.

10 A poll tax is a system in which every adult pays the same flat rate, regardless of income. Thatcher wanted to implement this system to replace the existing tax scheme for local, not national, taxes.

Return to Top
You have