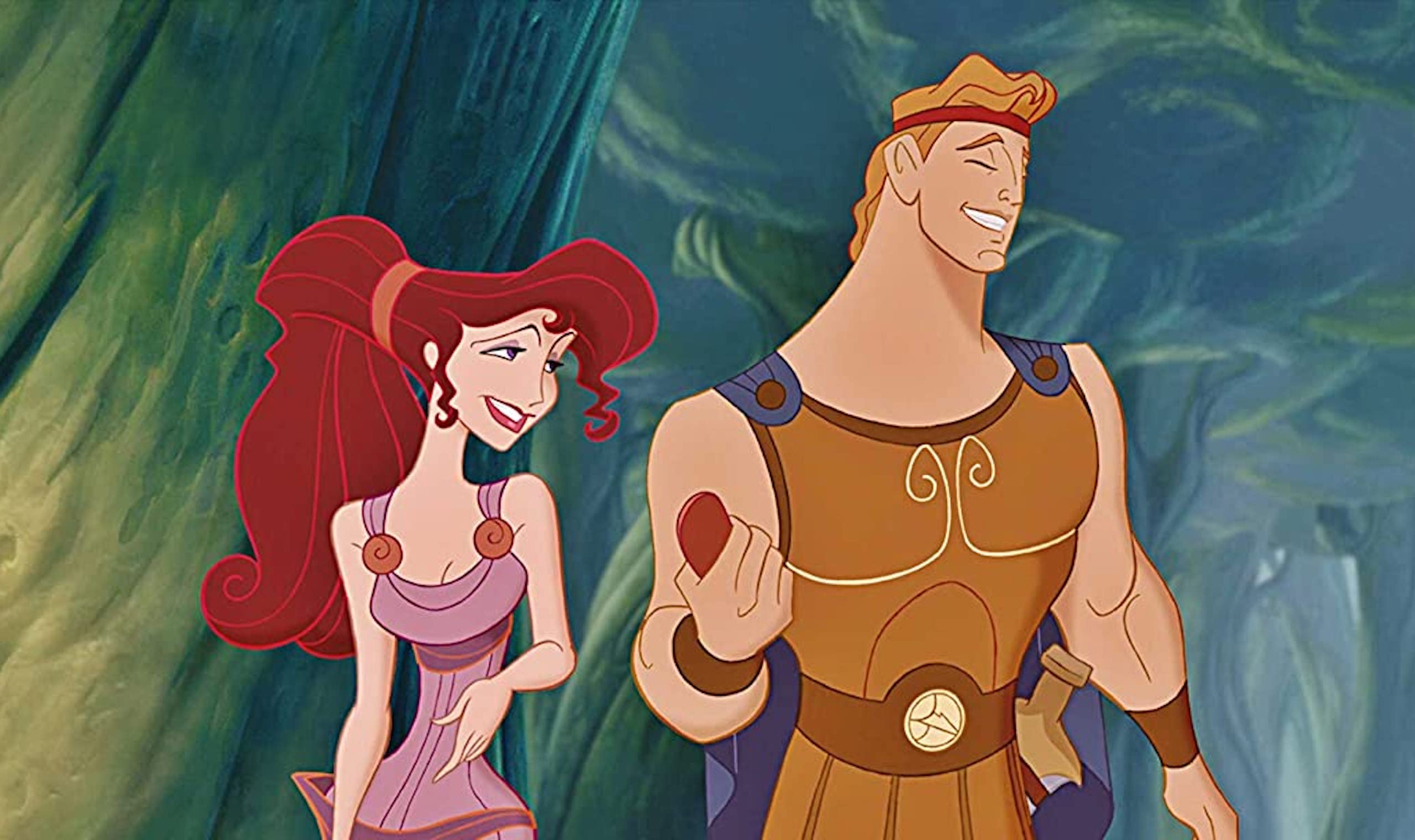 “What is the measure of a true hero?”

That is the question that the solemn narrator asks at the beginning of Disney’s Hercules, an animated retelling of the myth of Heracles. But this is not a Greek tragedy, claim the sassy Muses who interrupt the narrator. They take his place in recounting a fun, triumphant story of heroism built on good philosophic premises that children and adults can enjoy and learn from.

Hercules tells the story of the eponymous character’s quest to prove himself a hero in order to regain the immortality he lost as a baby and figure out where he belongs in the world. Standing in his way are Hades, the volatile god of the Underworld, and his two incompetent henchmen. They are targets of the film’s benevolent humor, which undermines their faults and weaknesses while highlighting Hercules’s virtues and values.

These ridiculous antagonists are no match for Hercules, whose main conflicts are internal, deriving from his relationships with other characters. These include Phil, the disillusioned trainer whose previous students have not lived up to their potential; and Meg, a young woman who sold her soul to Hades in order to save the life of the man she loved—a man who afterward ran away with another woman. Hurt, distrustful of men, and reluctant to let herself feel again, she makes a deal with Hades: She will get close to Hercules and find a weakness Hades can exploit in exchange for freedom. His only weakness, Hades learns, is his growing love for Meg.

Hades has the power to throw great challenges in the hero’s way, but Hercules overcomes them all. Only by exploiting Hercules’s feelings for Meg, turning the good characters against each other, and getting Hercules’s sanction to drain him of his powers does Hades come close to defeating him, deposing Zeus, and thereby becoming ruler of the world. This aspect of the story shows that, in order for evil to succeed, it needs the good to “take a holiday,” as Hades puts it.

Although the characters are aware of prophecies that forecast certain outcomes, the film shows them acting not as predetermined puppets of the future-telling Fates or the like but as individuals who act on free will, choose their goals, and fight to achieve them.

Hercules becomes a hero, not because he was destined to or because his inborn strength saddled him with a “duty” to save others, but because he wants to accomplish his goal of finding a place where he belongs. He chooses his values and refuses to sacrifice them under pressure. For instance, when faced with the choice between saving the woman he loves or protecting strangers from getting hurt, he chooses her. He recognizes that risking his life to save Meg is not a sacrifice, knowing that “a life without Meg . . . would be empty.” This dedication to his values, not his superhuman strength or his divine birth, is what makes Hercules a hero.

Ultimately, Hercules finds that he does not belong on Mount Olympus where he could lead a leisurely life infused with magic. He chooses to give up his godhood in order to have a mortal life with Meg, illustrating both his free will and his appreciation of earthly values.

Light and cheerful, Hercules bears little resemblance to the original myth of Heracles. Some may find it a bit silly and sentimental. But if you have a youthful soul or are a parent looking for the rare story that shows that heroism is not inborn or altruistic but the result of one’s choices and rational values, this film belongs on your watchlist.

If you have a youthful soul or are a parent looking for the rare story that shows that heroism is not inborn or altruistic but the result of one’s choices and rational values, #Hercules belongs on your watchlist.
Click To Tweet

Andreea Mincu is a freelance writer with a degree in film production. She recently finished writing her first novel.