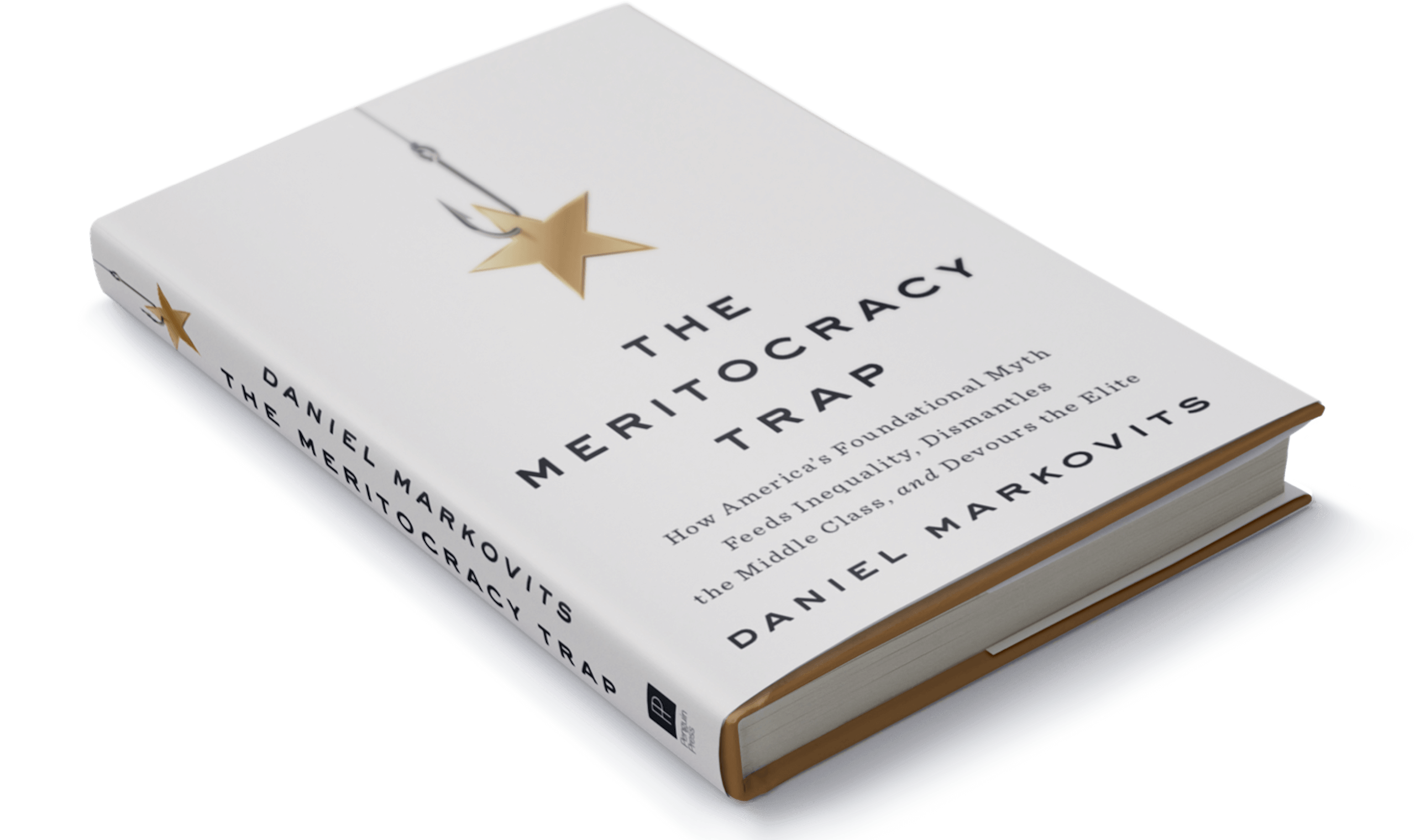 The Meritocracy Trap by Daniel Markovits

This is a book about Stakhanovites. That’s a word that originated during the bleakest days of Soviet totalitarianism, when a Russian miner named Alexey Stakhanov set a record by digging more coal during one shift than had ever been mined before. Stalin’s deputies made him into an artificial folk hero by forcing workers to pretend that they were inspired by his example and to “volunteer” to work harder for socialism. But in Daniel Markovits’s telling, it is today’s capitalists who are the Stakhanovites.

Like Stalin’s victims, he says, modern corporate leaders and elite professionals are being subjected to soul-crushing enslavement, thanks to propagandistic forces that perpetuate the mass delusion called “meritocracy.” Markovits defines meritocracy as a “merger of industry and honor” and as the “myth” that “wealth and status must be earned through accomplishment” (8, 258, i). This “illusion,” he says, has become “detached from the increasingly redundant middle class and passed up the income ladder” (73, 98). As a result, “the middle class experiences its enforced idleness as insulting and even degrading,” and “the working rich commit to epidemic industry that the pursuit of mere wealth cannot rationalize. Today’s Stakhanovites are the one-percenters” (98). . . .

View all articles by Timothy Sandefur →
Letter to the Editor
Chernobyl, by Craig MazinNintendo Ends Mario-Tocracy with ‘Woke’ Rereleases

1. Given that the suffix “ocracy” means “rule by,” the literal meaning of “meritocracy” is rule by those of merit. As Ayn Rand pointed out in her 1973 article “An Untitled Letter,” “meritocracy” is a package deal; “By means of nothing more than its last five letters, that word obliterates the difference between mind and force: it equates the men of ability with political rulers, and the power of their creative achievements with political power.” See “An Untitled Letter” in Ayn Rand, Philosophy: Who Needs It (New York: Signet, 1984).