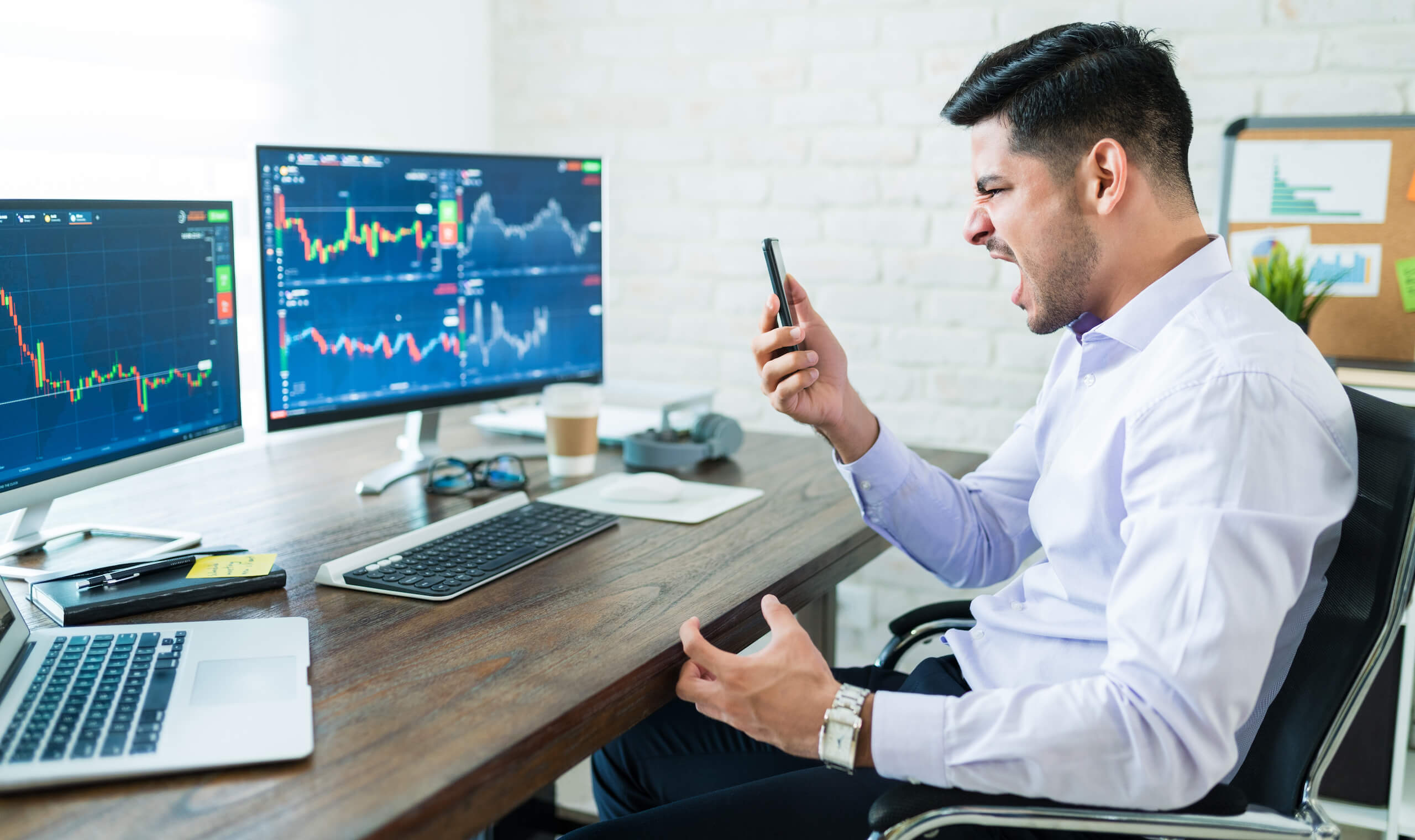 Any adult in the United States can walk into a casino and gamble away his money, playing as many games as he wants. He can also walk into a luxury clothing store and buy as many items as he can afford. It’s his money—why shouldn’t he be free to use it as he pleases?

But in the stock market, he cannot. The Pattern Day Trader (PDT) rule, created and enforced by the Securities and Exchange Commission (SEC), prevents certain investors and traders from making transactions in accordance with their own judgment, hindering their ability to grow wealth and achieve their financial goals. Why?

Let’s start in the late 1990s when day-trading became mainstream. Seeking to profit from the dot-com boom, many people began day-trading—that is, buying and selling or selling and buying securities on the same day in an effort to take advantage of small, short-term price fluctuations. This influx of traders led to increases in trading volume, day-to-day volatility, and highly successful initial public offerings (IPOs).1 By early 2000, the NASDAQ had reached an all-time high of more than 5,000 points.2 However, the dot-com boom, like all bubbles, could last only so long. And when it burst, the outcome was catastrophic. By mid-2000, the NASDAQ had collapsed approximately 77 percent, creating panic among investors and traders and resulting in enormous losses.3 Tech stocks came tumbling down, and countless new traders lost their money practically overnight. Many brokerage firms also suffered from crippling losses.

The SEC then intervened. Its rationale (reportedly) was to protect inexperienced traders from making similar mistakes in the future and causing additional harm to brokerage firms. Its means of “protecting” traders and firms was the PDT rule, which prevents individuals with accounts of less than $25,000 from executing “four or more ‘day trades’ within five business days.”4 Importantly, the Financial Industry Regulatory Authority (FINRA) defines a “day trade” as “the purchasing and selling or the selling and purchasing of the same security on the same day in a margin account.”5 A margin account enables customers to borrow money from their broker with which to make larger transactions than they could with only the balance available in their accounts.

The SEC’s rationale was that day-trading is riskier than long-term investing and that traders with accounts of less than $25,000 are insufficiently “sophisticated” to engage in this activity; consequently, they are in need of government protection from their own ignorance and the potential losses to which it could lead.6

The PDT rule has devastating effects on the lives of people trying to grow their wealth via the stock market. Imagine opening an account of $15,000, placing you under the restrictions of the PDT rule. On a Monday at 9:30 a.m., you decide to buy twenty shares of Apple, Inc. (NASD: AAPL) for $105 and sell the same position at 1 p.m. for $110, a day-trade that earns you $100 (minus fees). Now, you can make only two more day-trades during the week. Suppose you take advantage of two similar opportunities on Tuesday, maxing out your trades for the week and eliciting a warning. On Thursday, you recognize a spectacular opportunity. If you make the trade and violate the PDT rule, your broker will freeze your account for ninety days and remove margin privileges.7 Unless you can somehow transfer more money into the account to net more than $25,000, you’re forced to sit on your hands and pass up the opportunity.

By what right does the government prohibit you from acting on your judgment to invest your own money as you see fit? You are free to gamble it away in a casino or spend it on anything from sports cars to lottery tickets to political campaigns. But allegedly you’re insufficiently sophisticated to use your mind for the purpose of making money by day-trading; so, you must be limited to fewer than four trades in five days. This limitation is absurd.

The profoundly destructive nature of the PDT rule hit me a year ago, at a finance conference, when an aspiring trader approached me to ask some questions. He was trading with an account of less than $25,000 and had failed to grow his capital for more than three years. He recounted his frustrations with the rule, which forced him to miss countless opportunities to make money. Another trader likewise described how the rule made it impossible for him to profit. After moving his money to an offshore firm and barely profiting after heavy fees, he decided to switch to long-term investing, even though he truly wanted to use his mind and his money to day-trade.

Recently, I was speaking to another young trader with an account of less than $25,000 who had learned a quantifiable strategy and was beginning to test it. I think his strategy had a high chance of succeeding. Unfortunately, he could not employ it because of the PDT rule’s cap on his trades. And he was unable to profit from any of the feedback he received from experienced traders because the government forbade him to act on it.

These are a few stories of many that I have heard about traders who have been crippled by the PDT rule. Trading is difficult enough as it is, and this rule makes it nearly impossible for those with small balances to use their minds and take advantage of opportunities they see to make a profit. In fact, I have never heard of a trader who successfully grew a small account without eventually transferring enough money into his account to circumvent the rule. Many of these traders eventually have quit and taken other jobs, concluding that achieving financial freedom through trading is impossible.

Trading in the stock market involves voluntary exchanges. A trader chooses to pay a price that another trader is willing to take for a given financial instrument. The PDT rule stands between these traders and forbids them to use their money as they see fit.

Government has no moral right to control how people spend or invest their money or to dictate the frequency with which traders and investors make transactions. Of course, a private brokerage firm is properly free to set its own rules about minimum account balances and the like. And if a trader does not like the rules at a particular firm, he can trade elsewhere. However, when the government decides that only people with accounts of more than $25,000 are permitted to trade regularly, it violates the rights of other people to trade, profit, or lose money in accordance with their judgment and their appetite for risk.

Imagine telling a heart surgeon that he can make only three movements per operation. If you are aiming to make money by day-trading, limits imposed by the PDT rule are equally asinine.
Click To Tweet

F. F. Mormanni is an assistant editor for The Objective Standard. She works full-time in finance and enjoys writing sci-fi and playing classical music.

7. When this happens, you are still allowed to exit current positions in your account, but you can’t make additional transactions. See Karl Montevirgen, “What’s the Pattern Day Trading Rule? and How to Avoid Breaking It,” TD Ameritrade, March 18, 2020, https://tickertape.tdameritrade.com/trading/avoid-violating-pattern-day-trader-rule-18005 (accessed October 10, 2020).