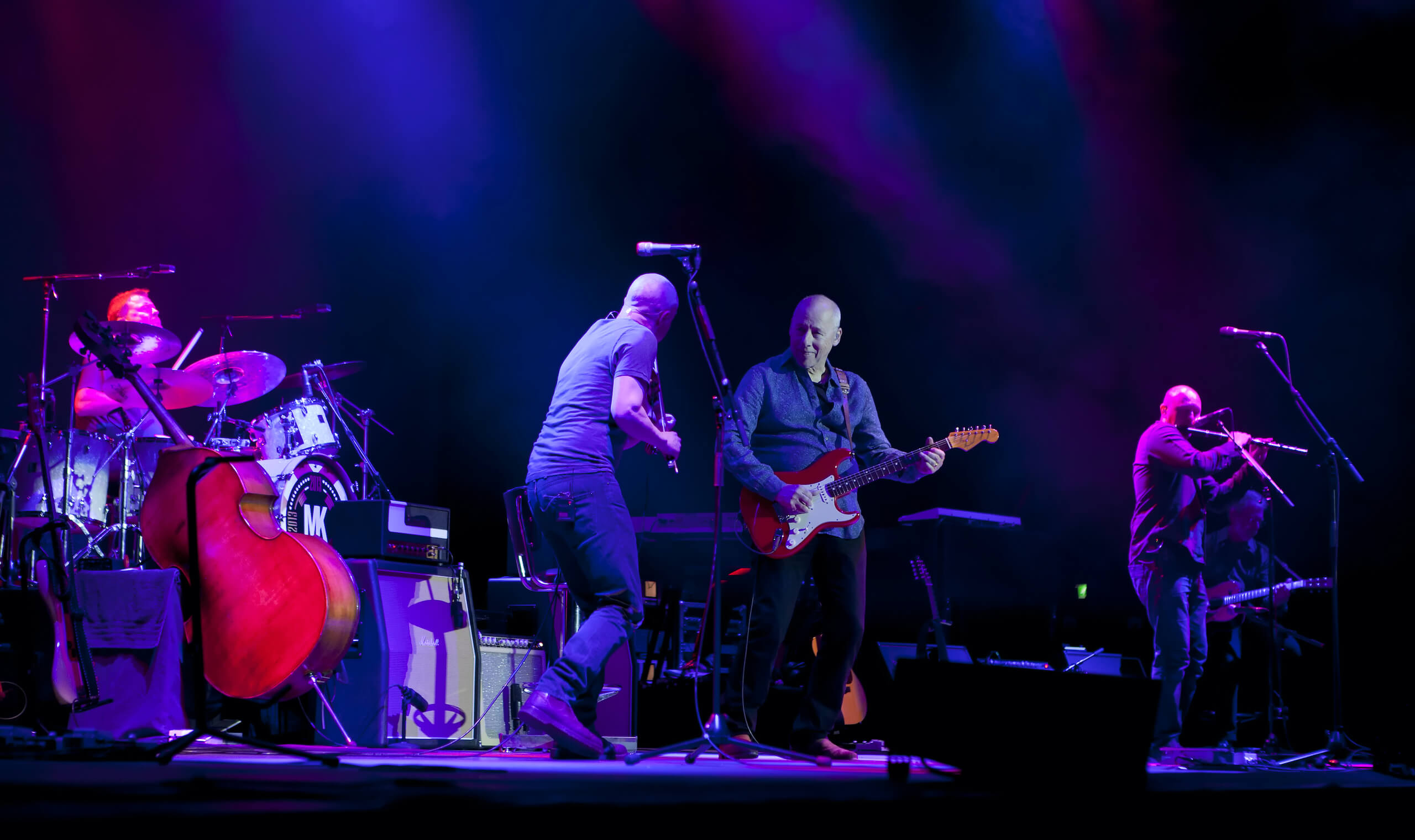 Many people think of classical music as high art and rock music as lowbrow music for the masses. Whereas classical music supposedly is complex and requires patience and understanding to appreciate, rock music is simple and easily accessible. However, in my opinion, some of the best music combines elements of both.

Here are five long-form progressive rock songs that I think demonstrate this point. These are not typical “songs,” but lengthy compositions built from several distinct movements that form an integrated whole. Like many classical symphonies, each movement tells a different part of an overarching story.

Each of these compositions is highly complex, requiring enormous technical skill and years of practice to perform, as can be seen when watching live performances of these songs. Nonetheless, these are examples of rock music. Each piece has lyrics you can sing along to, instrumental parts you can picture yourself playing, and a rhythm you can follow. They combine elements of classical music with elements of popular music—they’re accessible, modern, and powerful, while also being intricate, grandiose, and rich in stylistic variety.

Dire Straits could almost be a one-man band, so reliant is their sound on both the vocal and guitar talent of Mark Knopfler. His seemingly effortless mastery of his instrument lends many of the band’s songs a flowing, natural feel, exemplified by their best-known hit, “Sultans of Swing.”

“Telegraph Road” is a fourteen-minute epic inspired by Knopfler’s journeys in the American Midwest while on tour.1 It charts the history of the titular road and the people who have lived along it, from the early frontier days to its postindustrial decline in the 20th century. The song’s changes in tempo and its dynamics—from vanishingly quiet passages to bombastic, almost triumphant verses and guitar solos—beautifully capture the roller-coaster ride of history that the song depicts. It also features some impressive piano work reminiscent of classical style.

When Rush’s record company told the band to avoid long-form songs after the commercial failure of their 1975 album, Caress of Steel, they responded by doubling down. The result was “2112,” a seven-movement rock opera that catapulted the band to stardom.

Inspired by Ayn Rand’s novella Anthem (a creative debt acknowledged in the album’s liner notes, much to the dismay of some of the band’s fans), “2112” tells the story of a young boy living in an oppressive future society. He discovers a relic from a bygone age—a strange stringed instrument that can make incredible sounds.2 Keen to show off this amazing new discovery, he soon learns that the elders in his society are resistant to new ideas and opposed to the achievements of past ages. What follows in the song’s later movements is a story of tragedy, to the tune of beautiful music, that brings tears to my eyes on every listen.

What better way to follow the tragedy depicted in “2112” than by listening to a song all about life and creation? Despite its title, “The Revealing Science of God” is not a religious song, but rather a song about beginnings from a broad perspective. This is a bright, slow-moving piece, in contrast to the heavier guitar tones of other songs on this list. Instead, it employs a more synth-driven, higher-register sound.

This song forms the first part of the album Tales from Topographic Oceans, which consists of four pieces of similar length (or six on newer reissues), each dealing with themes of life, nature, and the essence of reality. This song is probably the most musically unconventional entry on this list with its slow, high vocals and frequent tempo changes (and the rest of the album is even more unusual). I recommend approaching it prepared for a musical experience unlike anything you’re used to.

If “The Revealing Science of God” is the most unconventional entry on this list, then this one is the least so. Iron Maiden is a more conventional rock band than any of the other bands I’ve selected here, and “Rime of the Ancient Mariner” is much like the band’s other songs of the period, aside from being much longer.

An adaptation of the similarly named poem by Samuel Taylor Coleridge, “Rime of the Ancient Mariner” continues Iron Maiden’s penchant for using literary and historical inspirations as the basis for their songs. What makes this song distinctive, however, is the truly haunting sounds during the breakdown where the ship’s crew begin to drop dead from a curse. The song has three main movements: an upbeat opening; a breakdown, in which the song almost grinds to a complete halt; and a truly riveting reprieve, which leads into one of classically trained front man Bruce Dickinson’s most phenomenal alto screams and a series of awesome guitar solos.

My last selection is also the oldest song on this list, released in 1970 at the height of the Vietnam War. The song is a heartrending portrayal of being thrust into battle and has been interpreted as an antiwar protest anthem. What makes “Child in Time” musically memorable, however, is vocalist Ian Gillan’s incredible progression of increasingly powerful vocal refrains in the chorus. What starts as restrained, gentle singing becomes a series of louder and higher screams. Gillan delivers all the emotional power of a scream while still perfectly hitting his notes. Even when you think he’s gone as high as he can, he steps up another level.

Intricate keyboard playing by Jon Lord along with Ritchie Blackmore’s distinctively focused guitar playing provide the perfect backing for Gillan’s soaring vocal performance, packing a huge amount of variety into this song’s ten-minute run time, the shortest on this list:

Although these compositions cover a wide range of topics and musical styles, each blends musical complexity and long-form storytelling with catchy rock riffs and powerful electronic sounds. Each is a work of art in its own right, neither classical nor rock, but a beautiful fusion of both. I hope you find these pieces of music as awe-inspiring as I do.

View all posts by Thomas Walker →
The Pattern Day Trader Rule Hinders Financial IndependenceCorporations and Political Corruption: The Curse of Cronyism and How to End It