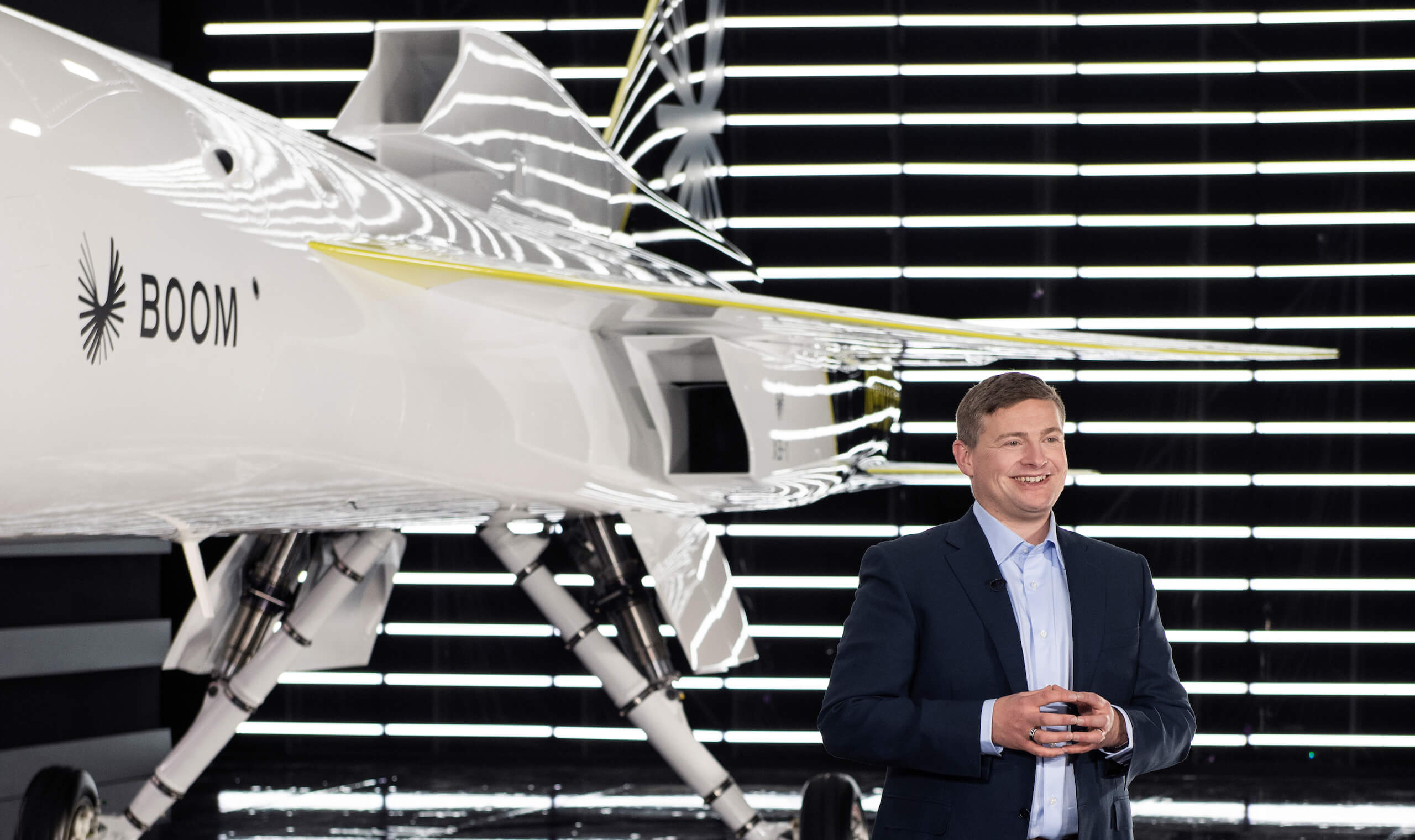 Blake Scholl is founder and CEO of Boom Supersonic, a company devoted to “making the world smaller” by making air travel faster—a lot faster. The commercial airliner that Boom is developing, called Overture, will be capable of ferrying between fifty-five and seventy-five passengers from one continent to another two times faster than any airliner today. Instead of a six-and-a-half hour flight from New York to London, Overture will do it in three and a half. On October 7, 2020, Boom will unveil its prototype, XB-1, the first privately funded supersonic jet in history (watch the livestream here). Scholl estimates that flights on Overture will be available in 2030. We spoke recently about the state of the aviation industry, how Scholl got started, and the principles that have helped him take off.

Hersey: Fresh out of college, you went to Amazon and built advertising automation software, then went on to found a company that was bought by Groupon. You had no background in the aviation industry, yet you decided to tackle one of its biggest challenges: pioneering commercially viable supersonic flight. How and why did you make the decision to found Boom?

Scholl: I set a goal in my mid-twenties that I wanted to go Mach 2, and I put a Google Alert on “supersonic jet” so I could be first to know when I could buy a ticket. Fast-forward nearly a decade. By this point, I had founded and sold my first company, and I was thinking about what was next. What I realized is that all startups are hard, and no matter what you work on, as a founder, you’re going to be operating at your personal redline. But if you do something you’re passionate about, you’re going to be way more motivated. What I realized was that I wanted to optimize for my own selfish motivation.

So I put all my ideas in descending order of how happy I would be if they worked, disregarding everything else. I figured I’d create that list and then work on the most exciting thing that’s not impossible. And as luck has it, I’m still working on number one. I made this list in 2014, and I thought I would spend two weeks researching supersonic flight to understand why no one else was doing it and why it’s a bad idea. But instead, what I found was that the space was full of stale conventional wisdom. . . .

View all articles by Jon Hersey →
Letter to the Editor
Cynical Theories: How Activist Scholarship Made Everything about Race, Gender, and Identity—and Why This Harms Everybody by Helen Pluckrose and James LindsayThe Assault on Rideshare Companies and Drivers

1. Lee-Gardner amendment three: “This amendment would require the FAA to issue rulemaking related to the testing and operation of supersonic aircraft. Next-generation supersonic technology being developed in Colorado could fundamentally change the way we travel through the air by reducing travel times significantly. Companies pursuing supersonic technology need long-term regulatory certainty from the FAA that will allow their designs to move forward so long as they are safe and meet existing standards for noise.” See “FAA Bill Approved by Senate Commerce Committee,” Senator Cory Gardner, June 29, 2017, https://www.gardner.senate.gov/newsroom/press-releases/faa-bill-approved-by-senate-commerce-committee (accessed October 5, 2020).