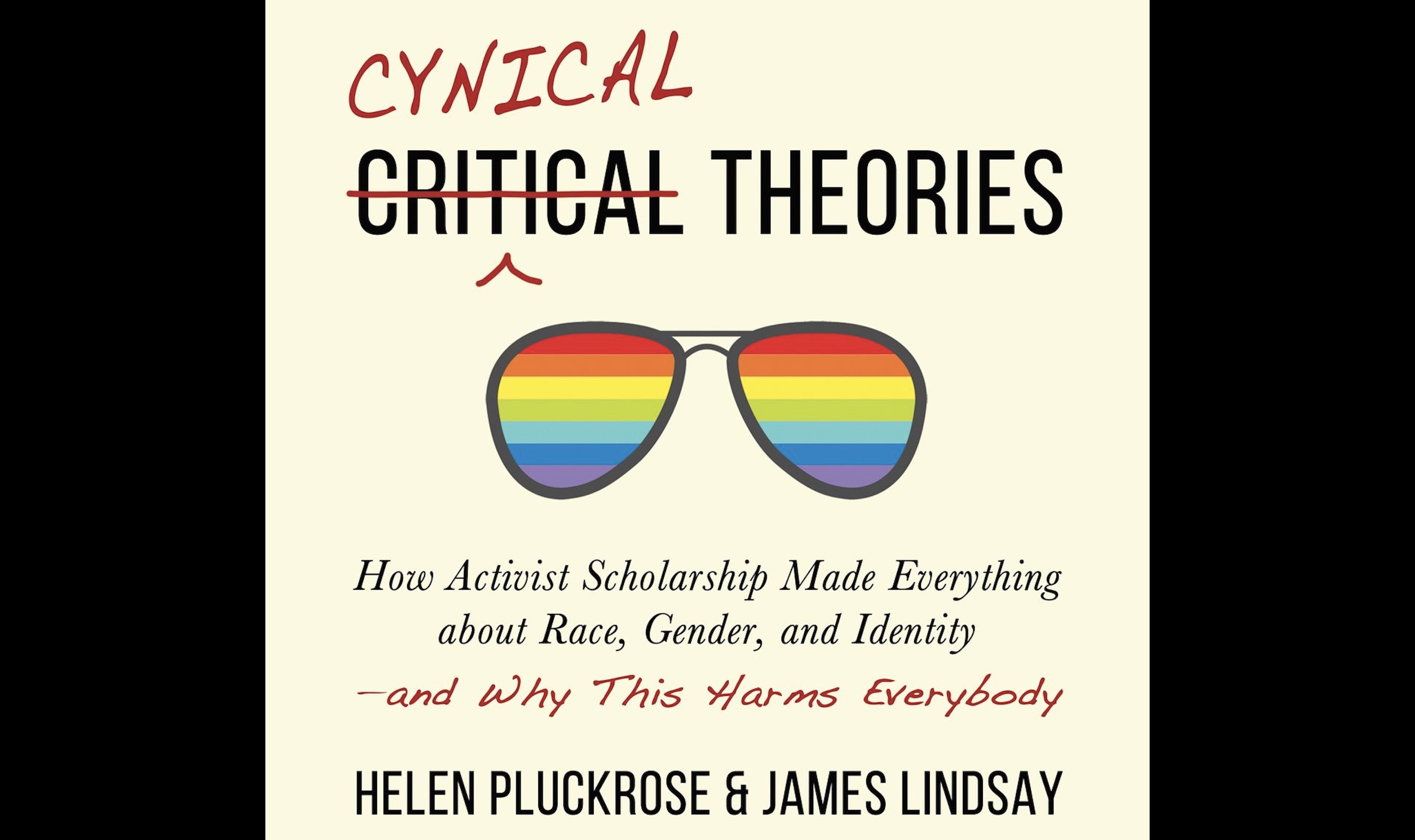 Cynical Theories: How Activist Scholarship Made Everything about Race, Gender, and Identity—and Why This Harms Everybody by Helen Pluckrose and James Lindsay

It would be little exaggeration to say that America is exhibiting symptoms of mass hysteria. Rioters have tried—in the name of opposing racism—to tear down statues of Abraham Lincoln and John Greenleaf Whittier; “transgender activists” have urged people to burn J. K. Rowling’s novels because her latest book features a character who is a transvestite and a serial killer; and white entrepreneurs who serve burritos, white students who wear dreadlocks or braids, and black fashion students who design Asian-patterned bikinis are condemned, or even physically attacked, for “cultural appropriation.” Criticizing this madness is itself considered grounds for expulsion from school. Even using the word “madness” risks reprisal on the premise that it’s supposedly “ableist”—meaning it implicitly denigrates people who suffer from mental disorders.

Making sense of the bizarre rage often called “wokeness” has become a small industry, and works such as Robby Soave’s Panic Attack and Noah Rothman’s Unjust have helped explain the psychological and political dynamics at work. But in Cynical Theories, Helen Pluckrose and James Lindsay go a step further, exploring the connections between such phenomena as “shoutdowns,” “canceling,” and identity politics on the one hand and the philosophical doctrines taught in America’s universities on the other—doctrines they call simply “Theory.”

Theory, they argue, represents the latest wave of postmodernist thinking that began in the 1960s with the work of Michel Foucault. He and his allies argued that there’s no such thing as objective truth, or if there is, it’s inaccessible to us, because our knowledge consists of mere “narratives”—stories we tell each other and use in subtle ways, often unconsciously, to gain and keep “power.” Accompanying these two basic principles are four “attitudes” or methods: the blurring of boundaries between intellectual or social categories that are typically taken for granted (which can mean anything from men wearing dresses to scientists relying on anecdotal evidence); an emphasis on language as the tool that controls every aspect of life; cultural relativism—not only in terms of morality but even in epistemology; and the erasure of the significance of both the individual and the universal. This last item means that “truths” (a term postmodernists insist on using in the plural) have meaning only for groups: Nothing is true for a single person or for all mankind. . . .

View all articles by Timothy Sandefur →
Mulan (2020) Sullies the Legacy of a HeroineReinventing Flight: An Interview with Blake Scholl