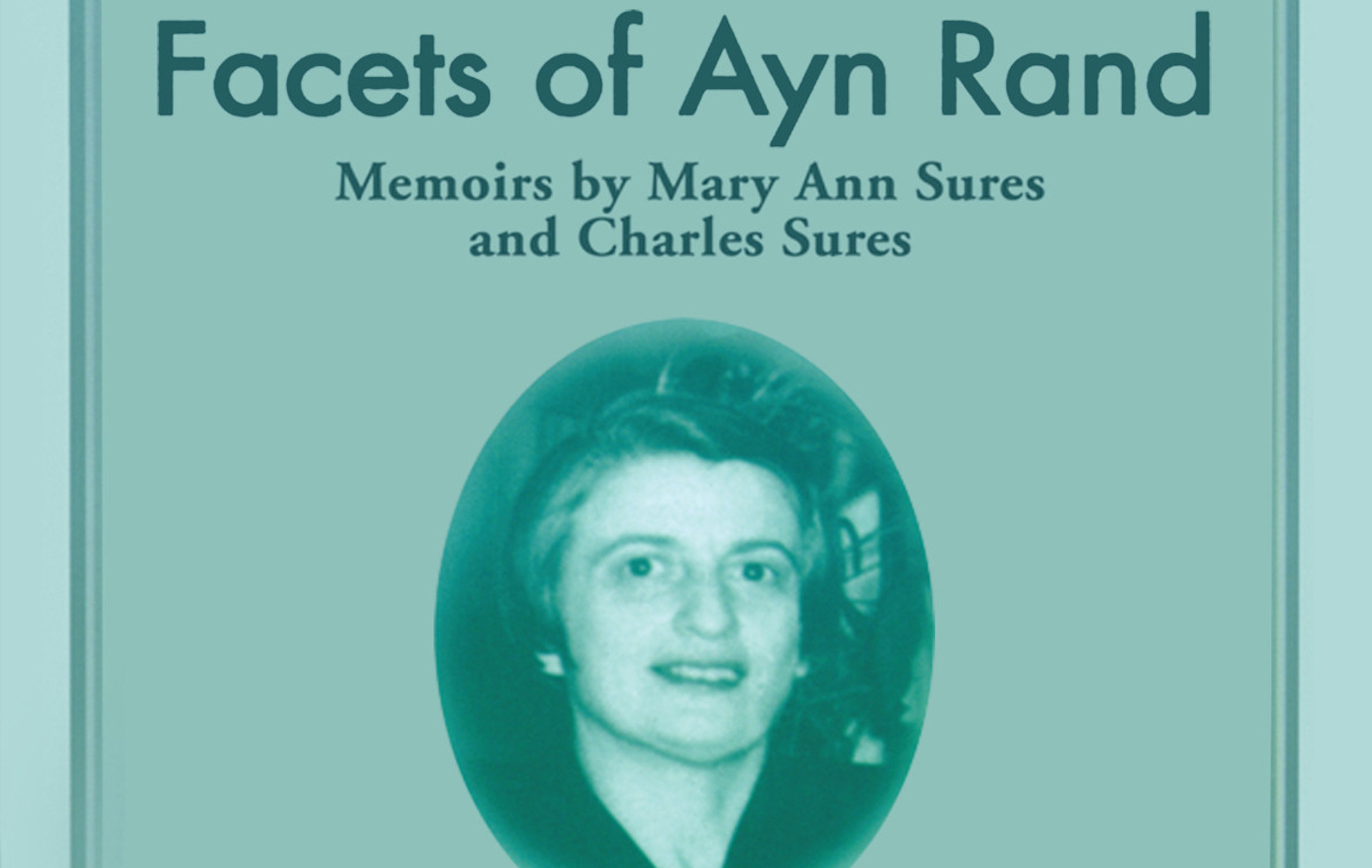 I read Ayn Rand’s novel Atlas Shrugged at seventeen, and I was intrigued and inspired by its heroes who ran innovative companies and overcame tremendous difficulties to build the kind of world they envisioned. Hungry for more, I read the rest of Rand’s novels and nonfiction in quick succession, and I was disappointed to learn, when I got to We the Living, that Rand had been decidedly against ever writing an autobiography.1 In the nearly two decades since, I’ve come to better grasp Rand’s achievements in literature and philosophy, and like many fans, I’ve consistently been interested in learning more, not just about her ideas, but about who she was as a person.

Thankfully, Leonard Peikoff’s “My Thirty Years with Ayn Rand” helped to paint a fuller picture of her, as did the publication of Rand’s journals and letters. And, as I learned only recently, Rand’s longtime friends Mary Ann and Charles Sures did their part, too, in capturing for history the character of this unique genius. Their Facets of Ayn Rand came to my attention after Mary Ann passed away on September 2, 2020 (Charles died in 2000, after having spent his last weeks devotedly working on the book). This memoir, a series of interviews conducted by Scott McConnell of the Ayn Rand Archives, paints a heartwarming picture of Rand and her beloved husband, Frank O’Connor.

The Sures recount Rand’s benevolence and generous attention to friends and fans, along with her distaste for the showy aspects of celebrity. They discuss her clarity of thought and resultant certainty, along with her righteous indignation at any and all attacks on her values. They speak of Rand’s playful side and her affection for her cats, along with her no-nonsense demeanor while editing contracts. Readers glimpse Rand doing domestic chores—and finishing Atlas Shrugged; having fun with a fan aboard a city bus—and enjoying the graceful atmosphere of the White House; recovering in the hospital after lung surgery—and joyously celebrating friends’ birthdays. Throughout, whether we see Rand playing Scrabble or attending the Metropolitan Opera, her devotion to life-serving values and the ideas that undergird them is evident. . . .

1. In the foreword, she wrote: “For those readers who have expressed a personal curiosity about me, I want to say that We the Living is as near to an autobiography as I will ever write. It is not an autobiography in the literal, but only in the intellectual, sense. The plot is invented; the background is not. As a writer of the Romantic school, I would never be willing to transcribe a “real life” story, which would amount to evading the most important and most difficult part of creative writing: the construction of a plot. Besides, it would bore me to death.” See We the Living, centennial edition (New York: Signet, 1996), xvii.