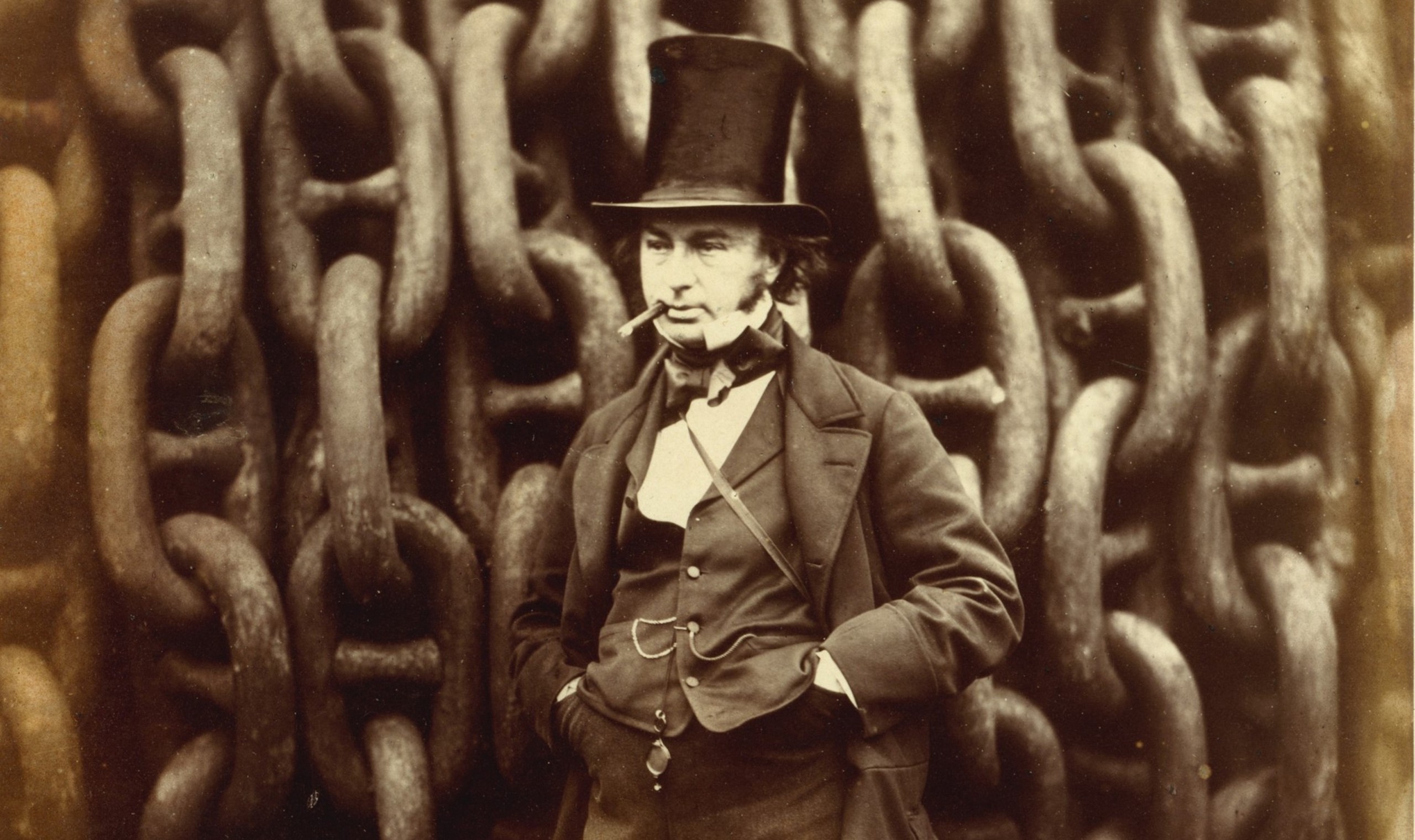 I am opposed to the laying down of rules or conditions to be observed in the construction of bridges lest the progress of improvement tomorrow might be embarrassed or shackled by recording or registering as law the prejudices or errors of today. —Isambard Kingdom Brunel

Victorian Britain was the birthplace of the Industrial Revolution. The invention of the steam engine at the end of the 18th century brought about a wave of changes to people’s lives. Long-distance travel became available to the masses, new manufacturing processes made products cheaper than ever before, and innovative technologies made possible new construction processes, expanding the kinds of structures people could build.

The world-changing advances developed in 19th-century Britain were made possible by heroic men working tirelessly to achieve goals many considered impossible. Richard Trevithick invented the steam locomotive, Robert Stephenson turned railways into a safe form of passenger transport, and Thomas Telford pioneered the use of cast iron in bridges and buildings. One of the most inspiring figures to emerge from Victorian Britain, however, was Isambard Kingdom Brunel.

The son of engineer Marc Brunel, the young Isambard made his mark in the field of engineering at an early age. He and his father took over a project to build the first-ever pedestrian tunnel beneath the River Thames in 1825 when the younger Brunel was just twenty-one years old. The project had been abandoned twenty years earlier after a disastrous flood, and many considered the project impossible. Despite the Brunels’ deployment of an innovative new “tunnel shield,” river water still broke through and flooded the tunnel repeatedly, one local clergyman describing these floods as a “just judgment upon the presumptuous aspirations of mortal men.”1 Although undeterred by the pessimism of others, Isambard had no choice but to leave the project after being seriously injured during one of these floods. Fortunately, others would go on to complete Brunel’s work. Almost two hundred years later, the tunnel remains in use. It later was adapted for railway services and now carries hundreds of trains every day on the busy East London Line, something few could have foreseen in Brunel’s time. . . .

View all articles by Thomas Walker-Werth →
Letter to the Editor
From the Editor, Fall 2020John Singer Sargent and the Art of Elegance

1. Andrew Dickinson White, A History of the Warfare of Science with Theology in Christendom: Volume 2 (Piscataway, NJ: Transaction Publishers, 2012), 286.