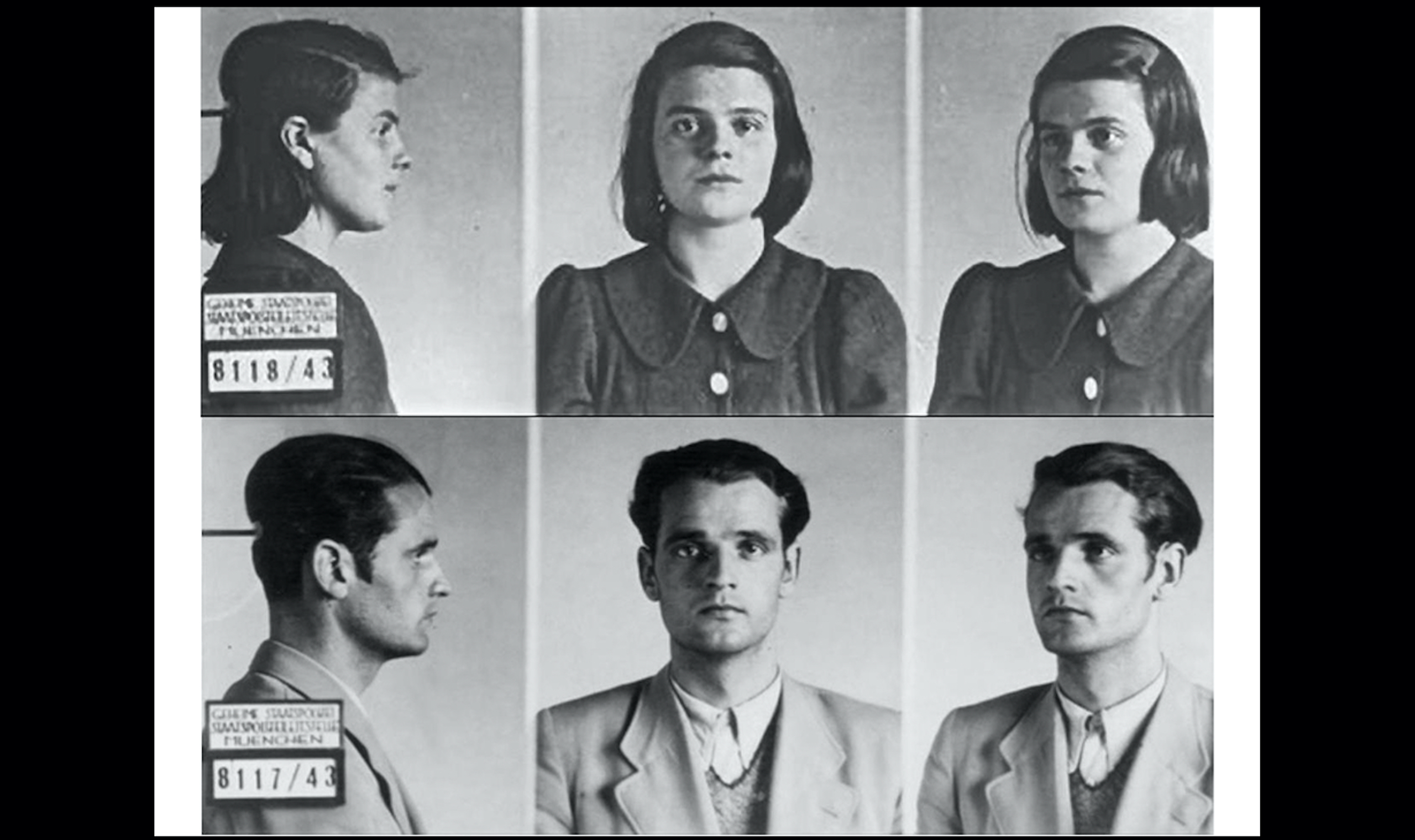 Mug shots of Sophie and Hans Scholl after their arrest by the Gestapo on February 18, 1943.
History,  Politics & Rights

The White Rose: A Story of Unsurpassed Courage

In the years 1942–1943, at the height of the Nazi reign of terror, a group of idealistic young Germans rose to challenge Hitler’s regime. They published a series of pamphlets that upheld, in ringing terms, love of freedom and a call to end Nazi brutality. In reference to the moral purity of their cause, they dubbed themselves the “White Rose.”

The core members of the White Rose were students at the University of Munich, including medical student and German Army veteran Hans Scholl; his younger sister, Sophie Scholl; Alexander Schmorell; Willi Graf; and Christoph Probst—and a philosophy professor who became their mentor, Kurt Huber. Together, they dedicated themselves to fighting Nazi oppression, come what may.

In 1933, Hitler and the National Socialist (Nazi) Party came to power in Germany. The Nazis held that “Aryans” (specifically, northern European whites) were a morally superior race; that their moral superiority consisted, in part, of a willingness to sacrifice themselves for the “volk” (people); and that this “master race” had the moral authority to conquer, enslave, or annihilate “inferior races.” The Nazis targeted, as their primary enemies, the Jews, who they held to be arrant egoists, unwilling to sacrifice for the volk. “Deutschland uber alles,” the Nazis proclaimed, meaning “Germany above all.” By this, they meant that Germany had moral authority to conquer and subordinate other nations—and to subjugate all individuals to the German state, which, they held, had absolute power. According to Nazi philosophy, individuals—German or foreign—have no rights; they have only the moral obligation to selflessly serve the German state.1

Hans Scholl, born September 22, 1918, was a teenager when he joined the Hitler Youth in 1933, an organization devoted to indoctrinating young Germans in Nazi beliefs. He quickly became disillusioned and quit.2 The Gestapo—the dreaded Nazi secret police—imprisoned him for two weeks in late 1937 for organizing a (pre-White Rose) youth group dedicated to countering National Socialist principles.3 . . .

11. Lawrence Ludlow, “We Are Your Bad Conscience,” Future of Freedom Foundation, February 1, 2007, https://www.fff.org/explore-freedom/article/bad-conscience/.

13. Erin Blakemore, “The Secret Student Group That Stood up to the Nazis,” Smithsonian Magazine, February 22, 2017, https://www.smithsonianmag.com/smart-news/the-secret-student-group-stood-up-nazis-180962250/.