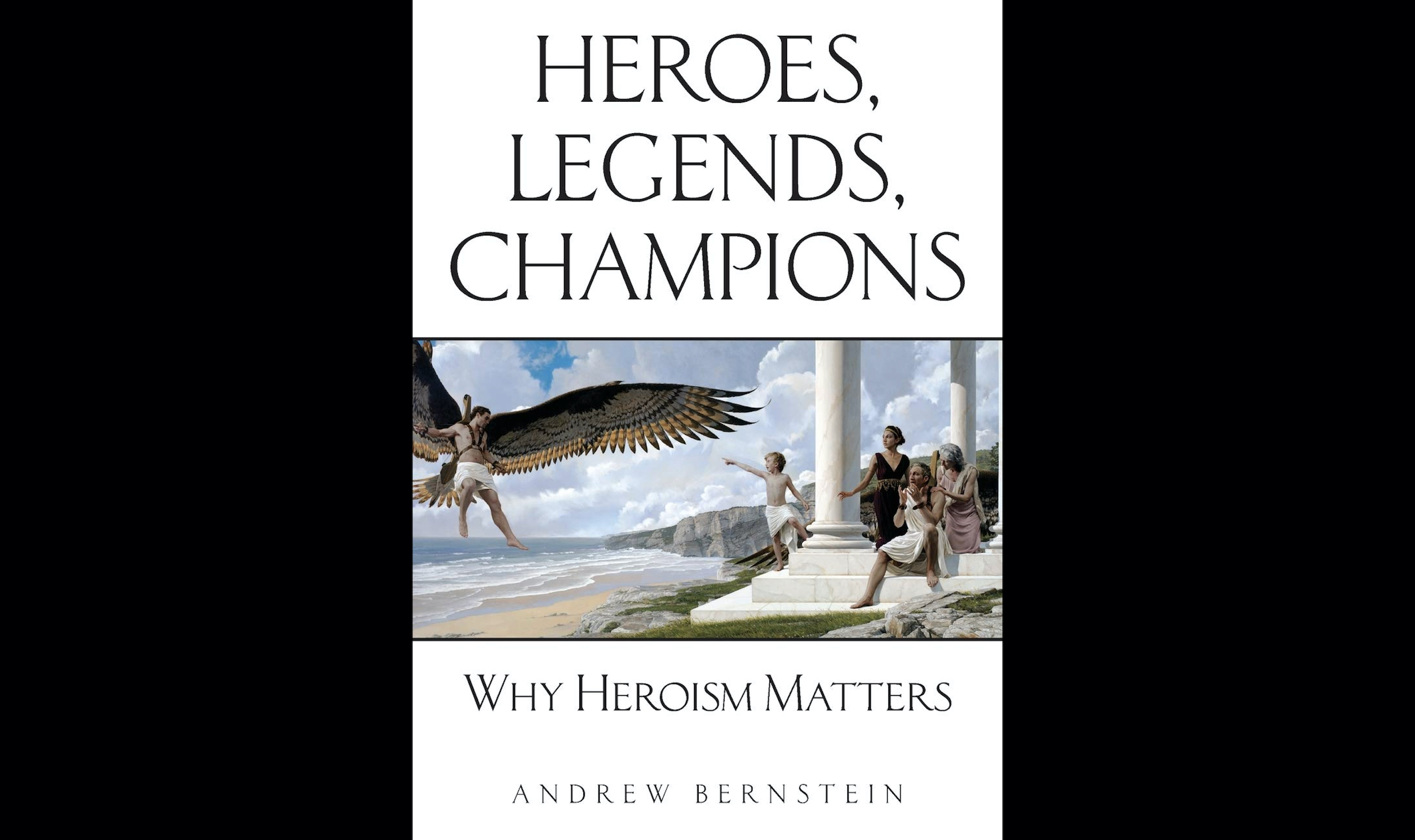 How Heroes Improve Our Lives: An Interview with Andrew Bernstein

Andrew Bernstein is a philosophy professor and novelist, a contributing editor to The Objective Standard, and the author of numerous articles and books, including The Capitalist Manifesto: The Historic, Economic and Philosophic Case for Laissez-Faire and Objectivism in One Lesson: An Introduction to the Philosophy of Ayn Rand. I got to know him while editing his TOS articles “Heroes and Villains in American Education” and “Heroes of Great Literature.” His stirring prose in defense of towering figures kept me glued to the page. So, I was excited to learn of his then-forthcoming book Heroes, Legends, Champions: Why Heroism Matters.

Recently published, the book explores the nature of heroism, zeros in on the essential characteristics of heroes, and distinguishes them from antiheroes, villains, and others. We spoke recently about the genesis of the book, the conceptual tools it provides, and heroism more broadly. Dr. Bernstein will be speaking on “Heroes of Philosophy” at TOS-Con 2020: Philosophy for Freedom and Flourishing.

Hersey: With Heroes, Legends, Champions, you’ve created a fascinating hybrid of useful philosophy and inspirational vignettes about outstanding men and women. What motivated you to write this book? Why does heroism matter?

Bernstein: From early childhood, I have always been a hero worshipper. I come from a severely dysfunctional family and weaned myself on the sight of heroes. I learned from both real-life and fictional heroes that human beings can achieve great things and that life can be an adventure. Being a hero worshipper helped me to become a hero emulator. That is, my great admiration for heroes motivated me to become more like them—not that I wanted to be a gunfighter like Shane (in the eponymous novel), or a secret agent like James Bond, or an agricultural scientist like George Washington Carver. But I strove to be as dedicated as them to life-supporting goals, to develop intellectual prowess to the best of my ability, to manifest courage in the face of daunting obstacles, and to never surrender a life-serving ideal. I let myself be inspired by heroes.

Today, such attitudes of hero worship and emulation too often are drowned in a dismal sea of antiheroism. Serious literature and film are permeated with sad stories of people suffering with alcoholism, drug addiction, dysfunctional families, and unbearable ennui. The arts are full of dark stories crawling with morally challenged creatures, unrecognizably human—stories lacking a single morally upright character.

Heroes generally are relegated to the field of popular culture, where they shine as secret agents, detectives, and costumed, super-powered champions, the popularity of whom speaks volumes about humanity’s desperate yearning for the sight of heroes.

In history and biography, writers generally feel the need to “balance” their account of a hero’s achievements with a detailed litany of his flaws. God forbid that we might celebrate the human capacity for greatness.

But the fact is that human beings need heroes for inspirational value and for the practical, life-enhancing advances they bring about. Our need of heroes is rooted in the nature of reality, regardless of the depravity of various societies throughout history. But today, in a dismal culture that largely eschews heroes, this need is redoubled.

I wrote this book to reignite interest in and appreciation of heroes, to stimulate more hero worship, and to inspire people to lead heroic lives. . . .

1. Christopher Hitchens, “Why the Suicide Killers Chose September 11th,” October 3, 2001, https://www.theguardian.com/world/2001/oct/03/september11.usa2; see also Paul Fregosi, Jihad in the West: Muslim Conquests from the 7th to the 21st Centuries (Amherst, NY: Prometheus Books, 1998), 343–48; historians disagree on whether the decisive Battle of Vienna took place on 9/11/1683 or on 9/12. It does not matter. Either way, this battle definitively ended, for centuries, Islamic hopes of conquering Europe. The pain resulting from that crushed dream certainly was enough to motivate a fanatic such as bin Laden.