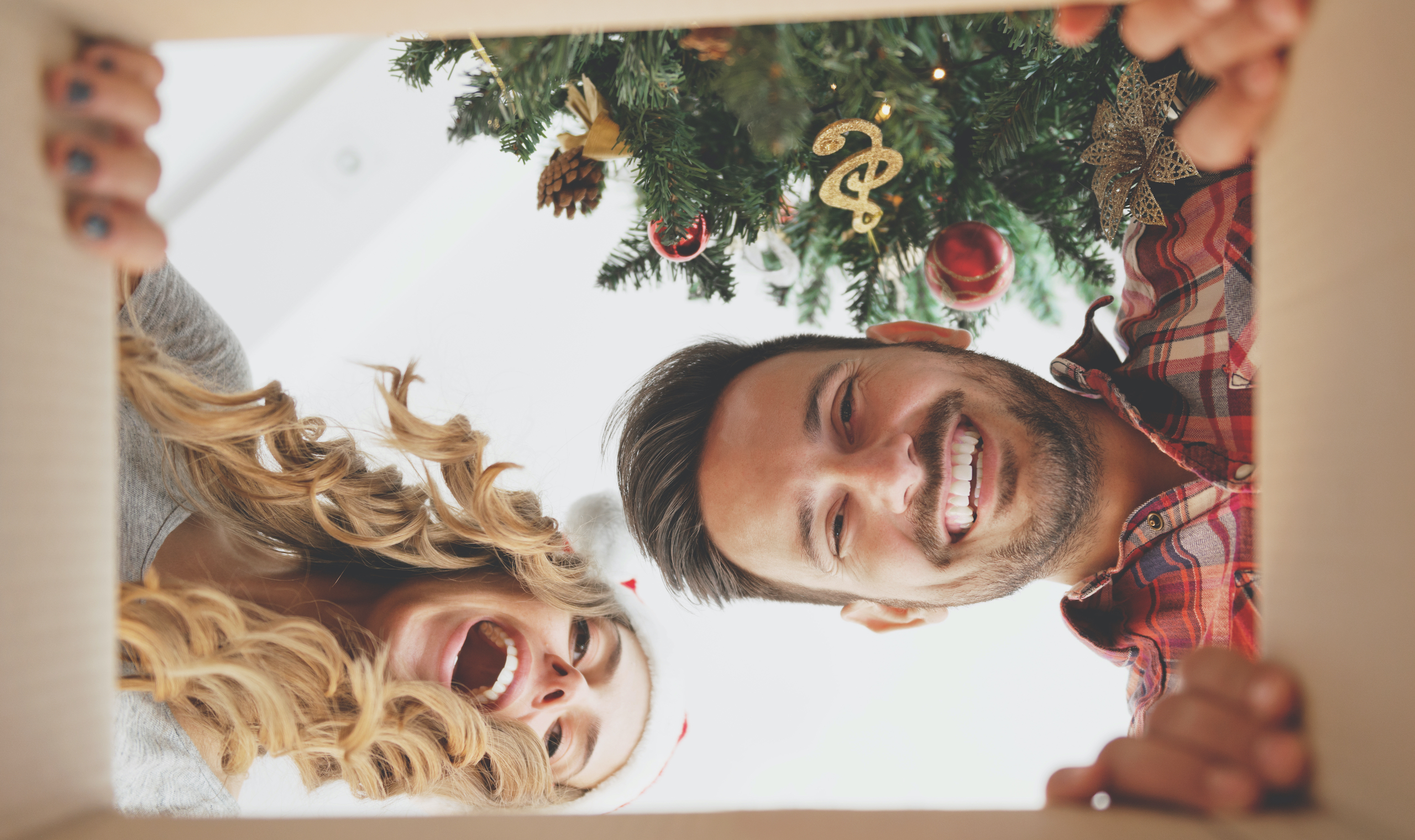 Do you still need a few last-minute Christmas gifts or stocking stuffers? If you’ve considered Timothy Sandefur’s gift suggestions for fans of Ayn Rand and are still looking for a few more, consider these.

Most fans of Rand are familiar with the expression that the history of the Western world is a battle between the ideas of Plato and those of Aristotle, and they understand that figures such as Descartes and Kant fundamentally were Platonists, whereas Thomas Aquinas, John Locke, the American founders, and Rand herself fundamentally were Aristotelians.

Arthur Herman extends this line of analysis through all of Western history, drawing a bright line between two antithetical groups of thinkers and the consequences of their ideas. Herman is a historian, not a philosopher, and in some places his analyses of Plato and his followers are too favorable (I say more on why in my review of the book).

Yet, unlike many historians, Herman clearly recognizes that philosophy shapes the course of history, and his dramatic writing makes this seven-hundred-page examination flow like a fun detective novel.

For the history lover on your list, also consider Herman’s equally fantastic though more delimited How the Scots Invented the Modern World.

For those who already have read The Cave and the Light or who want a deeper analysis of related subjects, there’s David Stove’s insightful and hilarious takedown of some of philosophy’s most irrational ideas, including modern variants of the idealism that Plato inaugurated. Aiming to explain the ways in which thinking can go (and has gone) wrong—and armed with the barbed wit of a Mark Twain—Stove targets George Berkeley, Immanuel Kant, Karl Popper, Robert Nozick, and others.

In some places, Stove’s own thinking goes wrong (read my review for details). Still, few and far between are those who’ve so clearly refuted modern absurdities (he even appears independently to have discovered a variant of Rand’s stolen concept fallacy), and no writer I’m familiar with has done so while inducing so much laughter. Your friends will love this gift (I know I did when I got a copy from Craig and Sarah Biddle!).

Speaking of fun reads—and of Mark Twain—it’d be a crime not to mention Twain’s lesser-known, posthumously published musings on Christianity. Although Twain’s religiosity appears to have waxed and waned throughout his life, this charming satire—among the last of his writings—indicates that his mature view was decidedly deist.

Herein, after the archangel Satan makes some “admiring remarks about certain of the Creator’s sparkling industries—remarks which, being read between the lines, were sarcasms,” God banishes him to space for a “celestial day.” Satan decides to check out the subject of his sarcasms, Earth—and more specifically, mankind—and, by and by, writes back to archangels Michael and Gabriel about man’s bizarre religious beliefs and customs.

In addition to these eleven progressively more critical letters, both a reissue and the original 1962 edition contain several of Twain’s other writings on religion, bringing together this treasured American’s most irreverent thinking.

Another American humorist—and a self-proclaimed “thorough Deist”—who has much value to offer fans of Ayn Rand is Benjamin Franklin. Whereas the formative years of most of America’s revolutionaries have had to be pieced together by historical detective work, Franklin himself set down the story of his own adolescence—and he thereby bequeathed to mankind a masterpiece in self-improvement.

In fact, his autobiography cast the mold for the self-improvement genre—as Franklin himself did for an American ideal: that a free man may rise as high as his ambition will take him, and that his mind and effort are what matter, not his position at birth.

I’ve read a handful of books about Franklin, but none are more pithy, witty, useful, or inspiring than Ol’ Ben’s own words. That’s not surprising given that during his life, he was, as literary critic Carl Van Doren concluded, “the best writer in America.” My suggestion: Gift a collection of his writings, and pick one up for yourself.

Given the typically wide disparity in musical tastes, I hesitate to recommend albums at all; but being a musician and passionate music lover, I can’t resist.1

In a previous life, I was an engineer at Nashville’s longest-running recording studio. I decided I wanted to work there years before when I learned that one of my all-time favorite albums was recorded there: Raising Sand by Robert Plant and Alison Krauss. Plant, of course, fronted Led Zeppelin, and Krauss is a country darling with a voice of gold—so you might think they’d make a bizarre duo.

Not so. In my opinion, it’s the closest audible thing to magic. Plant’s pipes have aged like expensive whiskey, and Krauss’s singing is angelic. The pedal steel guitar of Greg Leisz shimmers and floats between these two stars on “Killing the Blues” and “Through the Morning, Through the Night,” and Dennis Crouch’s upright bass sounds rustic—and gigantic. That’s in part because the entire A-list cast was captured on analog tape through some of the best recording equipment ever made. Beware, however; whereas most of the album is rather beneficent, the deathly pessimism of “Nothin” might just put you in Dominique Francon’s statue-smashing frame of mind.

“The notes flowed up, they spoke of rising and they were the rising itself, they were the essence and the form of upward motion, they seemed to embody every human act and thought that had ascent as its motive.”2 —Ayn Rand

The music that most reminds me of these words is the Pat Metheny Group’s appropriately titled masterpiece The Way Up. (Let me know in the comments below what music brings to your mind Rand’s description of Halley’s Fifth.) The album’s main theme, introduced in the first minutes of “Part One” (which is track two) and reinvented in various ways throughout this nearly seventy-minute composition, captures a hero’s battle—and triumph.

If you gift this album, please pass along that it absolutely must not be listened to as background music or on laptop speakers. Truly hearing it will require all of one’s attention. And in justice, it should be heard on speakers large enough to replicate the magnitude of what it conveys—or decent headphones, which advantageously put one inside its spatial richness and complexity.

For more of an upbeat undercurrent, something to fuel a road trip or a productive work session, try the second of William Tyler’s guitar-centric instrumental albums, Modern Country. Despite its title, this album has nothing to do with twangy Telecasters, pickup trucks, or Corona-infused beach parties (disappointing, I know).

In fact, Tyler apparently has a thing for misleading names; the opener, “Highway Anxiety,” sounds like pure peace of mind, twice distilled. And there’s not a song on the album that, in my experience, doesn’t help soothe the worst road rage or calm the mind after a difficult workday. So if you want a friend to feel greater serenity, give the gift of William Tyler.

Also, his latest release, Goes West, shares many of the same qualities, and his Impossible Truth is quite beautiful as well.

If such serenity were a beverage, it would be buttermint tea. Twinings’s blend of vanilla and peppermint is smooth, refreshing, and calming. It helps me release tension and reset my mind, giving me the relaxed focus I need either to work through problems—or to set them aside when the day’s work is done.

Whether you want to help the ambitious people in your life work smarter or enjoy some well-deserved rest, buttermint tea is a great option. Pair it with anything else on this list for increased pleasure.

How could I not recommend gifting tickets to the most life-enhancing conference of the year? As Franklin said, “An investment in knowledge pays the best interest.” And here’s what TOS-Con attendees say:

The most tangible result of these conferences in my life has been the creation of my own business. I was able to start the business as a direct result of the energy, self-esteem, and will that I gained largely from your conference in 2018.

TOS-Con is an event filled with breathtaking intellectual and aesthetic revelations that is attended by a group of rational, benevolent, and energetic people who love to share their optimism and positivity. It is a place for construction and for creativity. It is a place where everyone looks to find the best within themselves and within each other, and to celebrate that. As a result of this, I leave each conference feeling supercharged with energy and ideas which I am able to implement in my own life to make it consistently better.

Thanks to TOS-Con I also have a new network of friends from around the country. The price paid to attend this conference is the single best investment I have ever made in myself, and one I will continue to make year after year.

Thank you sincerely for having the strength of purpose to create this conference. —Steven

This conference has changed the way I think about the world around me. This is my first conference and will go down as one of my life-changing experiences. —Lauren

Traveling home, I couldn’t stop thinking about all of the ideas I heard and people I met . . . Speaking with so many passionate individuals and listening to so many different talks really inspired me to reflect on how I live my life and how I want to live it, and to put more work into my aspirations. I’m so grateful for the experience. Thank you! —Kenna

I hope to see you at the most life-enhancing conference of the year—and I hope that these gift ideas enrich your holidays, your relationships, and your life. Merry Christmas!

1. I want to stress that the following evaluations of certain musical works are only my personal opinions. I agree with Ayn Rand’s assessment in her essay “Art and Cognition” that “At present, our understanding of music is confined to the gathering of material, i.e., to the level of descriptive observations. Until it is brought to the state of conceptualization, we have to treat musical tastes of preferences as a subjective matter—not in the metaphysical, but in the epistemological sense; i.e., not in the sense that these preferences are, in fact, causeless and arbitrary, but in the sense that we do not know their cause. No one, therefore, can claim the objective superiority of his choices over the choices of others. Where no objective proof is available, it’s every man for himself—and only for himself.” For more on Rand’s theory of musical aesthetics, see Ayn Rand, “Art and Cognition,” The Romantic Manifesto: A Philosophy of Literature, rev. ed. (New York: Signet, 1975).