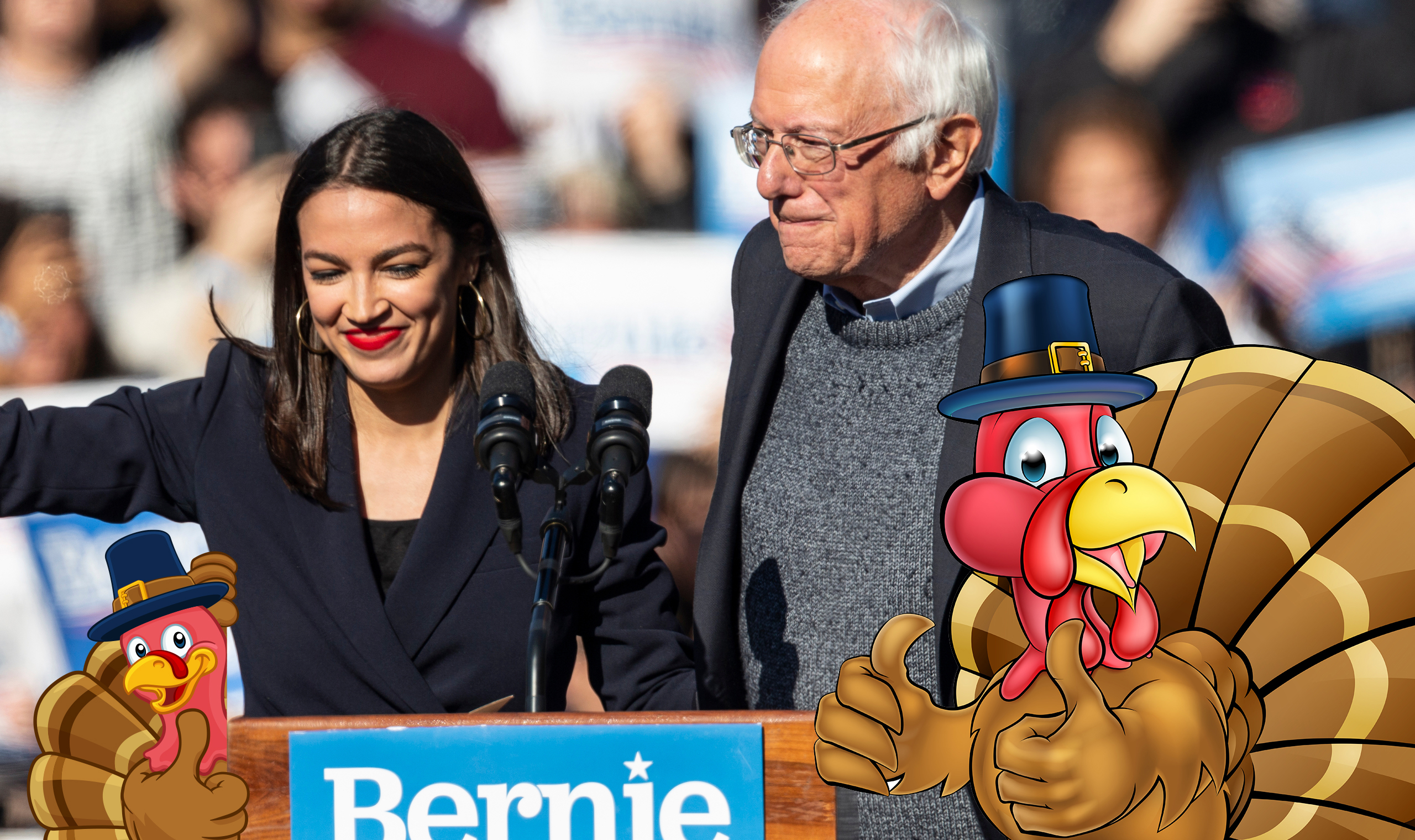 Editor’s note: This article is Real Fake News, a means of preserving the sanity of good folk by making fun of the absurd aspects of today’s culture and politics. Enjoy—and share it with friends you’d like to keep sane, too!

As Americans were stocking up on french-fried onions and cranberry sauce on Monday, Senator Bernie Sanders and Representative Alexandria Ocasio-Cortez announced the latest addition to the Green New Deal: a plan to end Thanksgiving. “This week,” said Ocasio-Cortez, “we’ve learned that in the Bronx alone, as many as twenty-four hundred residents may go without adequate food on Thanksgiving while the rich will consume thousands of excess calories. This legislation is about helping the frontline families most impacted by our nation’s nutrition inequality.”

“Thanksgiving is a product of the forces of oligarchy and authoritarianism,” said Sanders. “It instills in people the idea that if you work hard you should be able to enjoy the fruits of plenty without feeling guilty that others have less . . . completely unAmerican.”

The plan would phase out Thanksgiving by the year 2025. In the years prior, turkey producers would face more strict emissions standards that would ratchet up each year. Ocasio-Cortez explained, “Turkey’s total greenhouse gas emissions are up 5 percent since 2016. That’s nearly five hundred million tons of CO2 caused by these ugly birds.” One of the representative’s aides clarified that these are the statistics for the Middle Eastern country of Turkey but said that numbers for the poultry market are only slightly less. “We must reject the paradigm that ending Thanksgiving must come at the cost of our jobs or our well-being,” Ocasio-Cortez added. “That’s not true. Ending Thanksgiving will lower obesity, inequality, and greenhouse gas emissions. Plus, no one will have to work on Thanksgiving anymore.” . . .