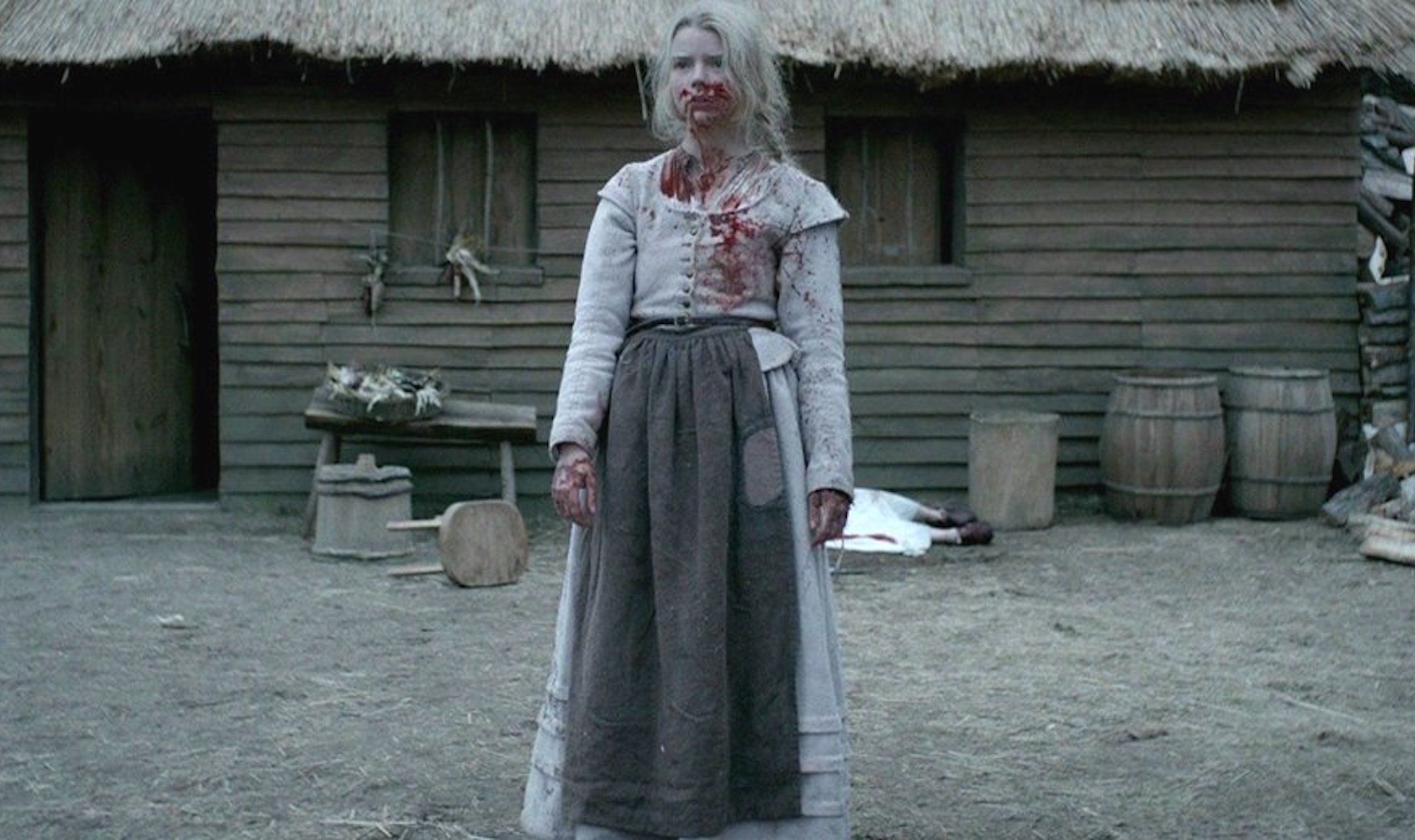 From The Witch by Robert Eggers.
Arts & Culture

There are plenty of scary movies to fill up one’s Halloween playlist, but there’s nothing quite like Robert Eggers’ 2015 The Witch.

In everything from its superb acting to its lovingly made costumes and sets, The Witch is the fruit of painstaking attention to detail. But what really sets it apart is Eggers’s script—particularly the dialogue—which relies on actual 17th-century sources to capture the terror that was so much a part of life in the New World colonies.1 Now Eggers has returned with The Lighthouse, which again conjures the eerie beauty of the New England idiom to evoke a few chills.

The Witch focuses on the family of a Puritan colonist named William, who, with his wife and four children, is exiled to the woods for some unspecified infraction. His lonesome efforts to provide for his family are hindered, apparently by black magic, and the frightening events that follow build a sense of paranoia around the question of who the witch could possibly be. The result highlights the frightening experience of living on the edge of a vast, unknown continent with few resources and a philosophy riddled with mysticism and ignorance.

The spooky incidents in The Witch are drawn from actual records of witchcraft claims from the period—and the combination of malevolence and triviality in such allegations (why would the fallen angel Lucifer bother possessing animals on some obscure Massachusetts farm?) emphasizes the fear, even hysteria, that framed the world our ancestors inhabited. It was a world in which crop failures or animals behaving strangely were seen as evidence of malicious, universal forces conspiring against you.

The film’s language is also borrowed from sermons, letters, and other documents of the era. In its best scene, William’s son Caleb (fourteen-year-old Harvey Scrimshaw) is possessed by a wicked spirit and screams out to heaven: “Spread over me the lap of thy love! Wash me in the ever-flowing fountains of thy blood! Only thine I am, my sweet lord Jesus. . . . Kiss me with the kisses of thy mouth!” These words are borrowed from the diary of Puritan preacher John Winthrop, who was quoting the song of Solomon.2 Dialogue such as this, combined with the bizarre obsessions of the Puritan mind-set, makes The Witch ingeniously evocative of the shadowy, stifling world from which many of our Halloween traditions derive.

The Lighthouse also features New England, this time the sea. Robert Pattinson plays Ephraim Winslow, a young lighthouse worker on his first assignment, alongside the elder Thomas Wake, played by Willem Dafoe. Drawing on such classic authors as Herman Melville and Joseph Conrad, Eggers’s story is a study in the confrontation between man and the inconceivable mass and energy of the ocean—an immensity that in so many sea tales renders men insane.

The script seems particularly indebted to Conrad’s “An Outpost of Progress,” in which two lonely men at a distant trading station go crazy and murder one another, or “The Secret Sharer,” in which the unnamed narrator takes aboard his ship a fugitive who seems eerily like him and, in attempting to conceal the stowaway, almost wrecks his ship. The film’s ending evokes chapter 93 of Moby Dick, in which the cabin boy Pip falls overboard and has a supernatural vision beneath the waves before he’s rescued. “Wisdom revealed his hoarded heaps,” writes Melville, “and among the joyous, heartless, ever-juvenile eternities, Pip saw the multitudinous, God-omnipresent, coral insects, that out of the firmament of waters heaved the colossal orbs. He saw God’s foot upon the treadle of the loom, and spoke it.”3 The experience drives Pip mad. The film also repeatedly quotes the 19th-century Connecticut poet Lydia Sigourney, whose “Sailor’s Hymn at Parting” emphasizes the oblivion that sailors risk: “Should pale death with arrow dread / Make the ocean caves our bed, / . . . no eye of love might see / Where that shrouded grave shall be.”4 Winslow and Wake are slowly driven to their own shrouded graves on their anonymous and desolate coast.

Filmed in black and white, with a narrow frame that cuts off both ends of the screen, The Lighthouse plays up the claustrophobia and loneliness of the men’s situation, and the crushing monotony of their labor—and it effectively employs such eerie sea legends as mermaids and sirens. Yet it fails to evoke the viewer’s sympathies to the same degree as The Witch; it’s hard to care about Winslow, especially given that the lies the characters tell each other make it unclear who did what, and the fact that Defoe’s performance vastly exceeds that of Pattinson. Still, The Lighthouse is satisfyingly creepy and proves Robert Eggers’s devotion to a new kind of horror film that evokes the fears of the past.

View all articles by Timothy Sandefur →
Modern Meets Ancient in A. E. StallingsThe Bright Side of Horror

1. Forrest Wickman, “All The Witch’s Most WTF Moments, Explained: A Spoiler-Filled Interview with the Director,” Slate, February 23, 2016, https://slate.com/culture/2016/02/the-witch-director-robert-eggers-on-the-real-history-behind-the-movies-most-wtf-scenes.html/.