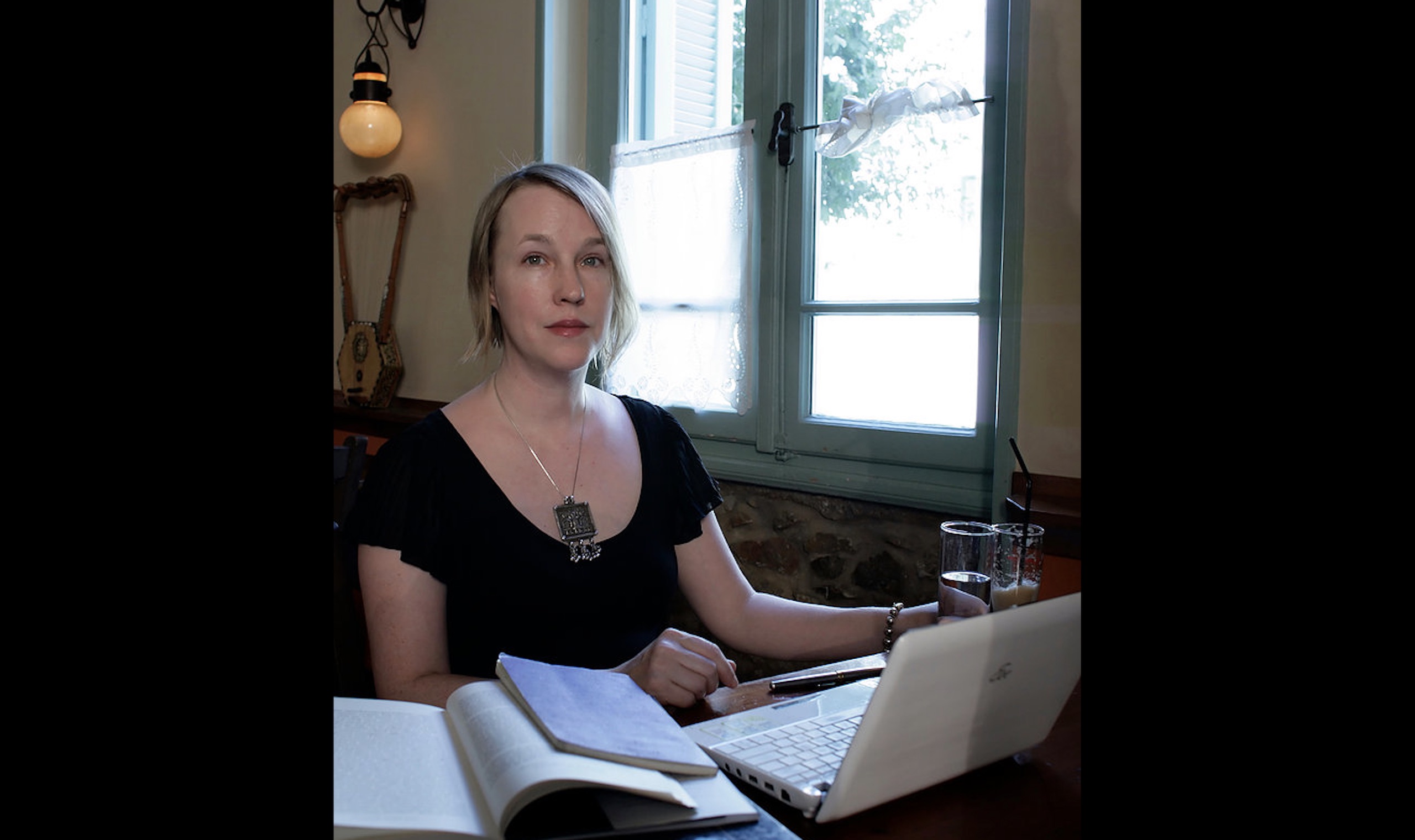 Poet A. E. Stallings has carved a niche for herself by blending contemporary themes with the images and history of ancient literature. A resident of Athens, Greece for the last two decades, Stallings witnesses every day the juxtaposition of ancient and modern, and in poems such as “Persephone Writes a Letter to Her Mother” (in her first book, Archaic Smile) or “First Love: A Quiz” (in her second book, Hapax) she combines the haunting beauty of Greek myth with the daily occupations of modern life. The reader comes away with a deeper appreciation for the fact that the people of long-gone eras were, in important ways, the same as us.

Stallings brings that sensitivity to her work as a translator, too, and her latest translation, The Battle Between the Frogs and the Mice, is a perfect example. Known in Greek as Batrachomyomachia, this 376-line poem is a farce (as opposed to a satire, Stallings explains) that tells the tale of a war that broke out between field creatures after a frog king drowned a mouse whom he promised to carry across a pond. It’s a charming work, and one that was popular for many centuries, even seeing use as a schoolbook in the Middle Ages and after. Thomas Jefferson was a fan. So was Henry Adams.

More than one-hundred fifty manuscript versions of it survive from the days before printing presses, and when the press was invented, Batrachomyomachia was among the earliest works printed, first appearing in 1474, fifteen years before the complete Iliad and Odyssey. Although its author is unknown, it was long believed to be the work of Homer, and the earliest English translation appeared in 1603, only twenty years after the first translations of the Iliad. John Dryden and Alexander Pope included it in their translations of Homer’s other classics. “For years and for many scholars . . . who did not have access to rare and costly manuscripts,” Stallings observes, “Homer was frogs and mice, not Achilles and Odysseus.”1

Written in the same style as Homer’s war poems, Batrachomyomachia is a “mock epic” like Pope’s own Rape of the Lock, which derives its humor from describing a minor incident in the language of a profound conflict. But where Rape of the Lock has elements of satire and parody—sometimes making fun of Homer and sometimes teasing readers for their foibles—Batrachomyomachia is a straightforward farce, intended not to ridicule but to delight. The passage in which the mice put on their armor, for example, (“Each would wield / The handle of an oil lamp for a shield. / They brandished needles for long-shadowing spears, / The brazen work of Ares. On their ears / Were helms of chick-pea shells”) brings to mind Shakespeare’s monologue about Queen Mab, the tiny fairy whose “chariot is an empty hazelnut, / Made by the joiner squirrel.”2

With illustrations by artist Grant Silverstein, Stallings’s Battle maintains this lighthearted quality in a way that invites younger readers to try this ancient classic—although there are some violent moments that might startle young children, such as when one frog, whose name Stallings translates aptly as “Croaker,” kills a mouse in battle: The victim’s “guts like jelly / Spilled out onto the ground.”3 The ending, in which Zeus summons an army of crabs to chase the mice away, puts an amusing period to the one-day war.

Equally fun is Stallings’s introduction, which purports to be written not by herself but by A. Nony Mouse, a scholarly rodent who’s quite the expert on the history of literature and the mice who composed it. “The association of mice and books and writing is ancient,” insists the learned Mouse, who quotes examples from Ariston, Cicero, and Ovid (but unaccountably omits the most famous American example: Amos, the 18th-century assistant to Ben Franklin who helped compose the Declaration of Independence).4

Last year, Stallings produced an equally charming translation of Works and Days by Homer’s contemporary Hesiod. That poem is an odd mixture of mythology, advice to farmers, complaints about the Greek legal system, and other things that give the impression of a misanthropic, hardscrabble bard. But in some ways, as Stallings writes, it’s “surprisingly contemporary,” given the timelessness of its themes.5 “Even the seemingly throw-away bit of autobiography, that Hesiod’s father was an economic migrant from Asia Minor . . . who sailed across the Aegean to settle and start a new life on the mainland, seemed to be plucked out of the newscast, as displaced peoples poured into Greece along the exact same migration and trade-routes.”6 Stallings, who also devotes time to refugee-aid projects in Greece, can attest to the contemporary relevance of such migration—and her writing demonstrates the modern relevance of classical literature generally. Her translations present a fine opportunity to reflect on the things we share with our predecessors, both harrowing and enchanting.

A. E. Stallings witnesses every day the juxtaposition of ancient and modern, and her work combines the haunting beauty of Greek myth with the daily occupations of modern life.
Click To Tweet

4. Battle Between the Frogs and the Mice, 8.