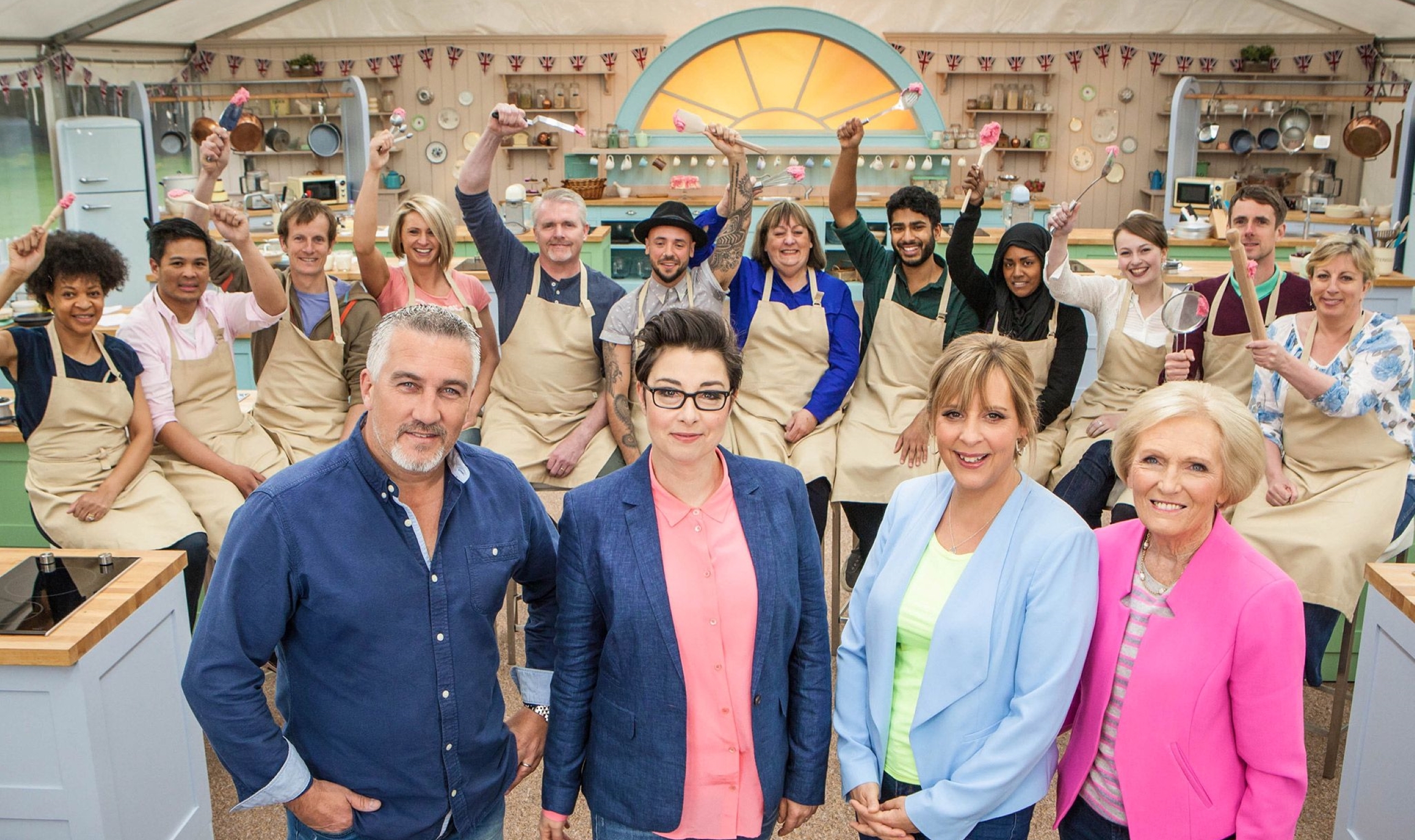 If the entertainment-oriented (as opposed to instructional) cooking and baking shows I’ve tried to watch over the years are a representative sample, then most such shows are downright depressing. Gordon Ramsay comes readily to mind; the man is a savant in the kitchen, but the constant yelling and hurling of insults on his well-known shows Kitchen Nightmares and 24 Hours to Hell and Back are extremely off-putting. Many others have a similarly negative tone.

When I discovered The Great British Baking Show on Netflix (the first season of which is the fifth season of The Great British Bake-Off in the UK), I knew by the end of the first episode that I’d found something special. The premise is simple: Thousands of amateur bakers apply for a spot on the show, and twelve are selected to compete against one another in a series of increasingly complex weekly baking challenges. Each week, one baker is eliminated until only three remain, and the winner is chosen from among them.

It’s common in other cooking and baking shows to hear words such as “cutthroat,” “vicious,” and “stone-cold” used to describe the contestants regarded as most likely to win. But on The Great British Baking Show, the “nice guys” are not portrayed as the weakest links. (Indeed, all of the season-one contestants seem to be benevolent, approachable people.) It’s not uncommon to see contestants chatting amicably, even helping one another as the clock runs down on each timed challenge. . . .

View all articles by Tim White →
Three Masters of WatercolorThe Rediscovery of America: Essays by Harry V. Jaffa on the New Birth of Politics
Return to Top