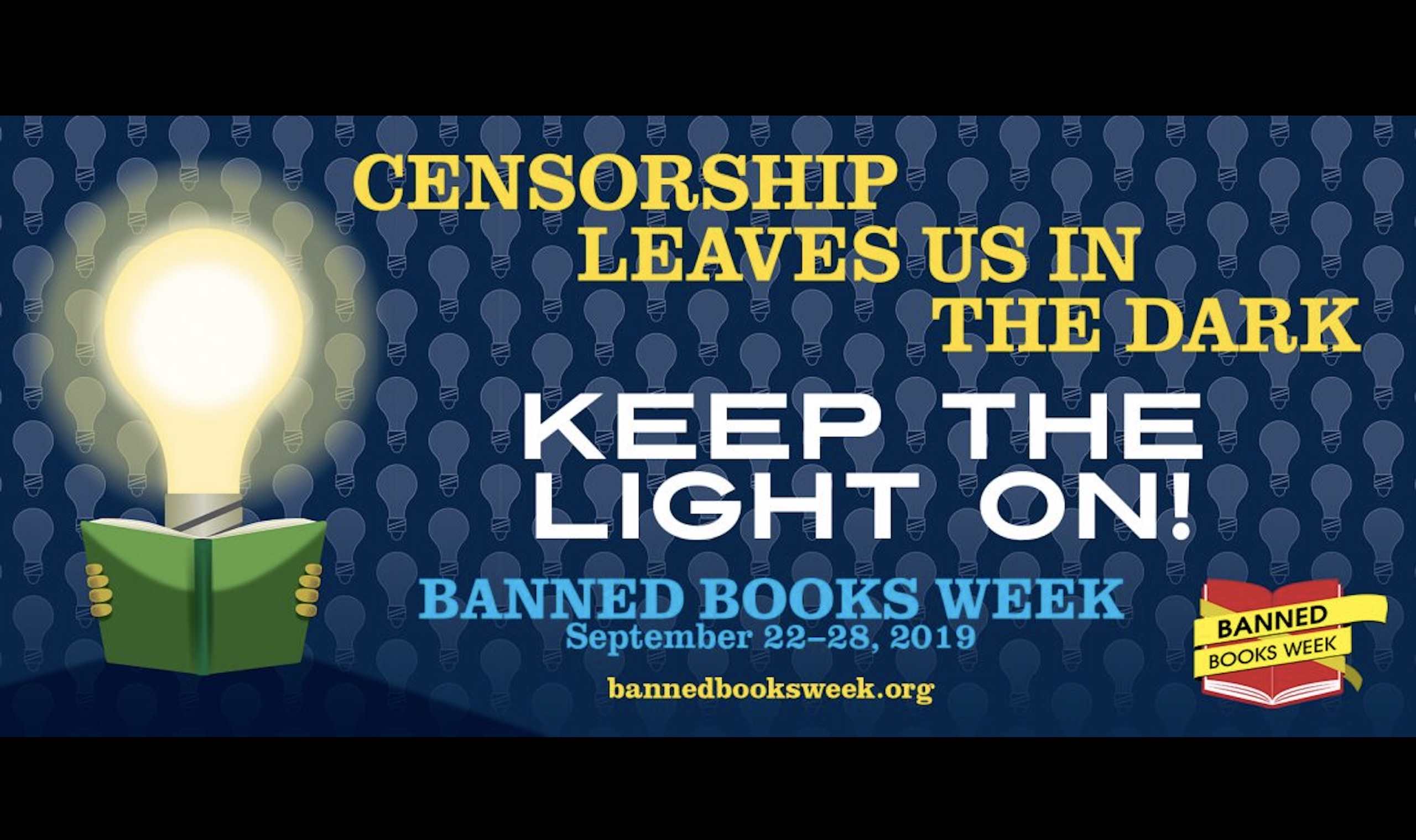 Celebrate and Exercise Your Right to Read

Each September, the American Library Association observes “Banned Books Week”—which “celebrate[s] your right to read” and reminds us of the dangers of censorship. Much of what it calls “banning” isn’t technically that—more often, books are merely “challenged,” meaning that parents object to their use in public schools.1 These objections sometimes cause schools to replace the challenged works in their curricula or move them off library shelves to a spot behind the librarian’s desk, where students can get them only if they ask.

That isn’t literally censorship, and some literature certainly isn’t appropriate for children, but activists sometimes successfully use such objections to limit access to works students really should read—including such classics as Huckleberry Finn—among the books most frequently challenged, because of its racial epithets. Students who graduate without reading such classics are poorly served by their schools.

Perhaps even worse than censorship is the dogmatism that generates it—whether the smugness that short-circuits curiosity or the authoritarian desire to block others from evaluating challenging ideas for themselves. This sometimes even begins with understandable motives, such as the aim of purging society of racism, but it risks perverting students’ experience of literature and burying the great classics of the past. Huckleberry Finn, for instance, is actually an attack on racism in which the white main character learns that, contrary to everything he’s been taught, black people are just like he is. Parents who object to its language risk depriving kids of a masterpiece of American letters that in reality teaches a powerfully antiracist message.

These considerations moved Ray Bradbury in 1953 to compose his own classic, Fahrenheit 451, which targets not only censorship, but what he feared was a growing reticence on the part of readers to engage literature that questions the status quo or contains “improper” language. Reflecting on the novel in 1979, he bemoaned the way “every minority” had begun demanding the suppression of “offensive” writing, as he’d predicted.2 Even his own stories were targets. Without his approval, editors removed seventy-five passages from subsequent editions of Fahrenheit 451, and to this day, his anthology The Martian Chronicles often is published in expurgated form, without the story “Way Up In The Middle Of The Air,” because, like Huckleberry Finn, it contains the word “nigger.” Like Huckleberry Finn, that story is an antiracist work.

“There is more than one way to burn a book,” Bradbury wrote in 1979. “And the world is full of people running about with lit matches.”3 Forty years later, that’s still true. Today’s “cancel culture” has made it common for writers to be stifled or shouted down for failing to satisfy fashionable, “politically correct” sensibilities. In 2016, a publisher withdrew the children’s book A Birthday Cake for George Washington after a reviewer said it gave a “dangerously rosy impression” of slavery.4 In March 2019, writer Amelie Wen Zhao withdrew her novel from publication after being attacked online for creating an imaginary world that included slavery, which some deemed racially insensitive.5 In May, novelist Natasha Tynes lost her publication contract after she tweeted a complaint about a subway employee eating on a train (which is against the rules).6 Her tweet made no mention of race, but because the employee was black, other Twitter users labeled it racist, and the publisher nixed Tynes’s book, saying she needs to “learn from this experience that black women feel the effects of systemic racism.”

Publishers even have begun employing “sensitivity readers” to police manuscripts for potentially objectionable themes. One of them, Kosoko Jackson, was hoisted by his own petard this spring, when a novel he himself wrote was deemed offensive.7 The story was set in Muslim Albania, and Jackson is not a Muslim; “social justice” activists—including Jackson himself—think writers shouldn’t ever tell stories about people of different cultures. Jackson seems not to have thought of this while writing the book, but he retracted it when it was pointed out, apologizing for “the pain I’ve caused with my words.”8

The poet John Milton argued that censorship can’t protect virtue because it deprives citizens of the capacity for independent judgment. Truly upright people are those who “can apprehend and consider vice with all her baits and seeming pleasures, and yet abstain.”9 Censorship, however, tries to remove the possibility of encountering evil, which makes people not moral but ignorant. “Cancel culture” does something equally perverse, stifling writers who don’t fit the prescriptions of the new orthodoxy, often without regard to a book’s context—or even its content.

Countless people through the centuries have been denied the comforts of literacy and the thrill of encountering life-changing ideas in books. This week is a good time to reflect on how fortunate we are to have the freedom to read—and to resolve more firmly to exercise it.

Countless people through the centuries have been denied the thrill of encountering life-changing ideas in books. Now is a good time to reflect on how fortunate we are to have the freedom to read—and to resolve more firmly to exercise it.
Click To Tweet

View all articles by Timothy Sandefur →
How Whole Life Insurance Can Protect Your Money, Your Family, and Your FutureGreta Thunberg Should Be Angry—and So Should You