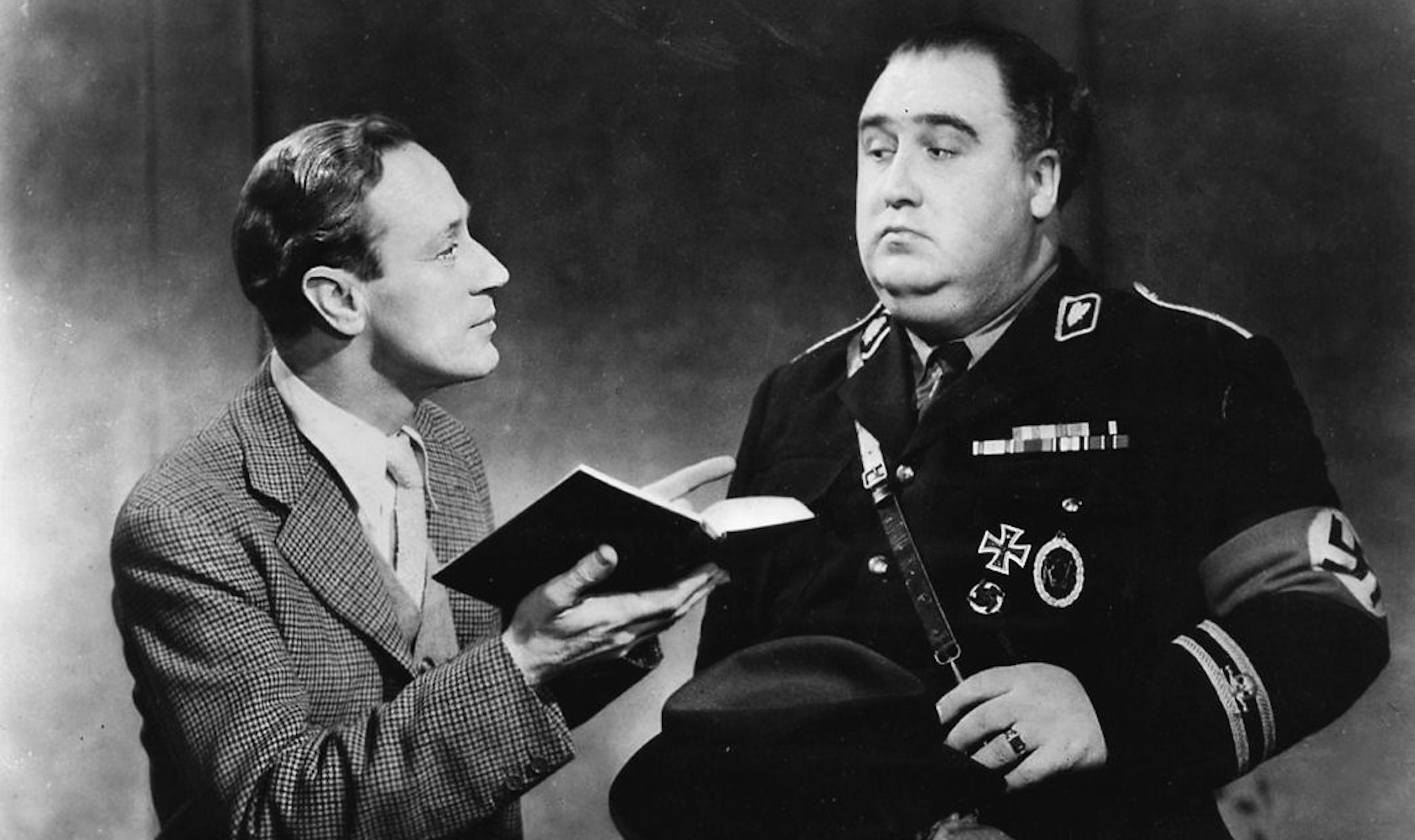 Author’s note: This review contains spoilers for both “Pimpernel” Smith and The Scarlett Pimpernel.

“The mind of man is bounded only by the universe.” If you do not recognize this quote, you are about to discover one of the most exciting and entertaining examples of Romantic art in movie history. Leslie Howard produced, directed, and starred in “Pimpernel” Smith, which is a remake of the better-known 1934 film The Scarlett Pimpernel (also starring Howard).

In this version of the story, written by Baroness Emma Orczy (1865–1947), the hero is British archaeology professor Horatio Smith who, like Sir Percy Blakeney in the original movie, leads a double life. On the surface, he is an absent-minded ivory-tower scholar who devotes his attention to the study of ancient civilizations. But beneath the facade of this mild-mannered persona lies a courageous hero who risks his life rescuing innocent victims of state persecution. The setting, in this case, is not the Reign of Terror in France but Nazi Germany.

Although a work of art is an end in itself, this movie was created with an additional purpose in mind: to serve as a war propaganda film. Howard, the quintessential British actor, achieved considerable success and recognition in Hollywood films such as Of Human Bondage (1934), Pygmalion (1938), and Gone with the Wind (1939). But he decided to abandon his Hollywood career and return to England (at considerable financial cost) to help with the war effort. During the war, he contributed to the anti-Nazi campaign by writing articles, participating in radio broadcasts, and creating films and documentaries.

The term “propaganda” often carries a negative connotation, but there is nothing negative about opposing Nazi Germany. “Pimpernel” Smith is full of humor, designed mainly to mock Nazi claims of superiority, but that does not detract from its serious artistic impact. Balancing the elements of a thriller with comedy is not an easy task, but “Pimpernel” Smith does so admirably by using comedy not merely as a diversion, but also in support of its theme and plot. It is interesting to contrast this movie with another war comedy, To Be or Not to Be (1942), directed by Ernst Lubitsch. Both movies poke fun at the Nazis, but Lubitsch’s film has neither an inspiring hero nor a serious theme. (However, it is very entertaining and carries the renowned “Lubitsch touch,” meaning a lighthearted sense of life.) . . .

Arie Vilner is a day trader in New York. He has taught economics and finance at New York University and Brooklyn College.

3. Richard Raskin, “From Leslie Howard to Raoul Wallenberg: The Transmission and Adaptation of a Heroic Model,” POV, https://pov.imv.au.dk/Issue_28/section_2/artc9A.html (accessed June 5, 2019).