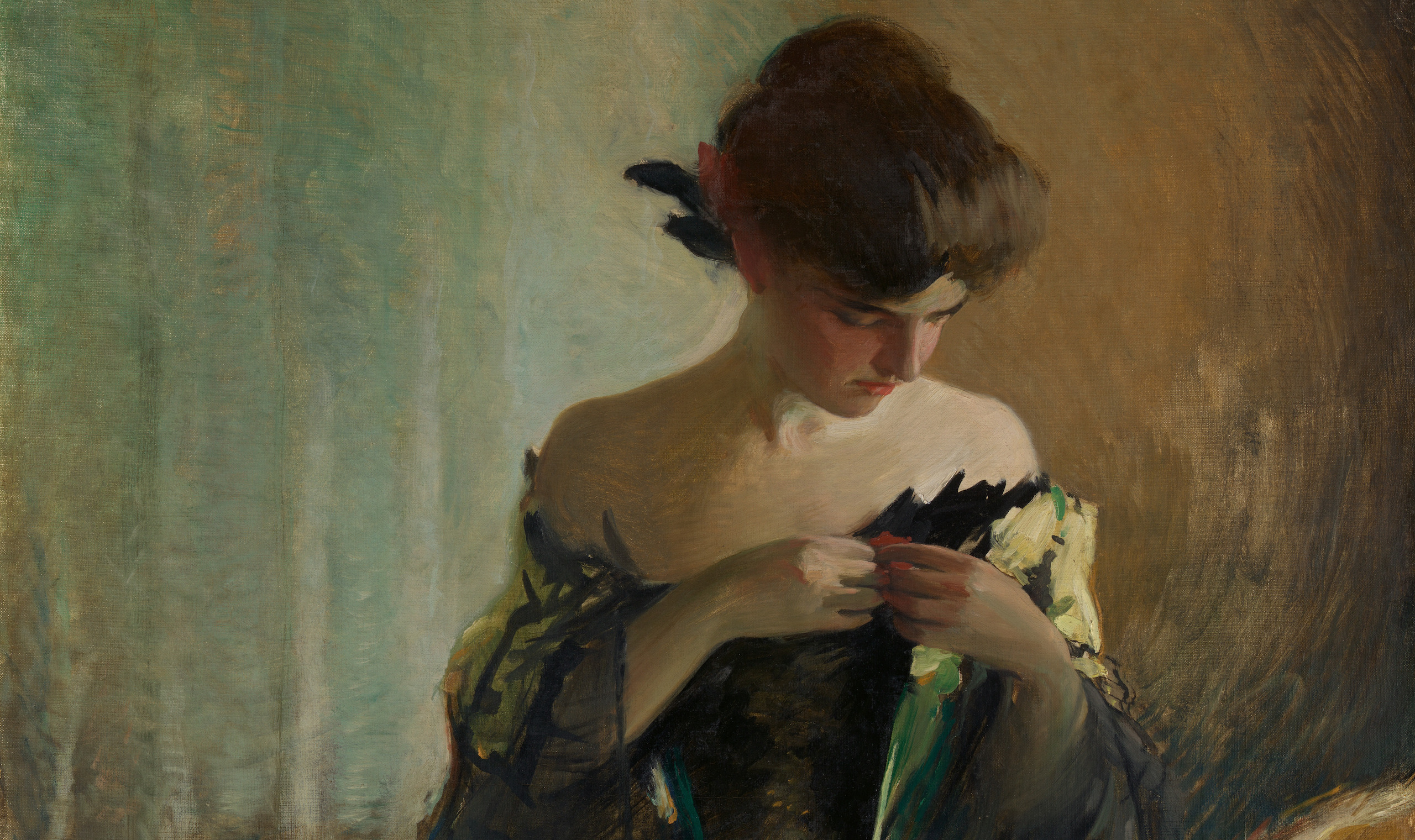 Suffused with Sunlight: The Paintings of John White Alexander

Among the many items in the glass cases of the Henry Luce Center at New York’s Metropolitan Museum of Art is a striking oil painting with the unremarkable title Study in Black and Green. It depicts a woman pinning something to the neckline of her bright emerald gown. The pose, the light, and the bold, almost vibrating brushstrokes make the whole painting at once intimate and audacious.

It’s the work of John White Alexander, one of the most celebrated painters of his day—whose name now hardly rings a bell. At his death in 1915, the prominent art critic and author Harrison S. Morris said Alexander belonged in the “Valhalla of American genius,” but thanks to 20th-century aesthetic trends that eschewed representational painting and the values of elegance and grace so prominent in Alexander’s work, the art world soon forgot him.1 A number of his paintings even were lost. . . .