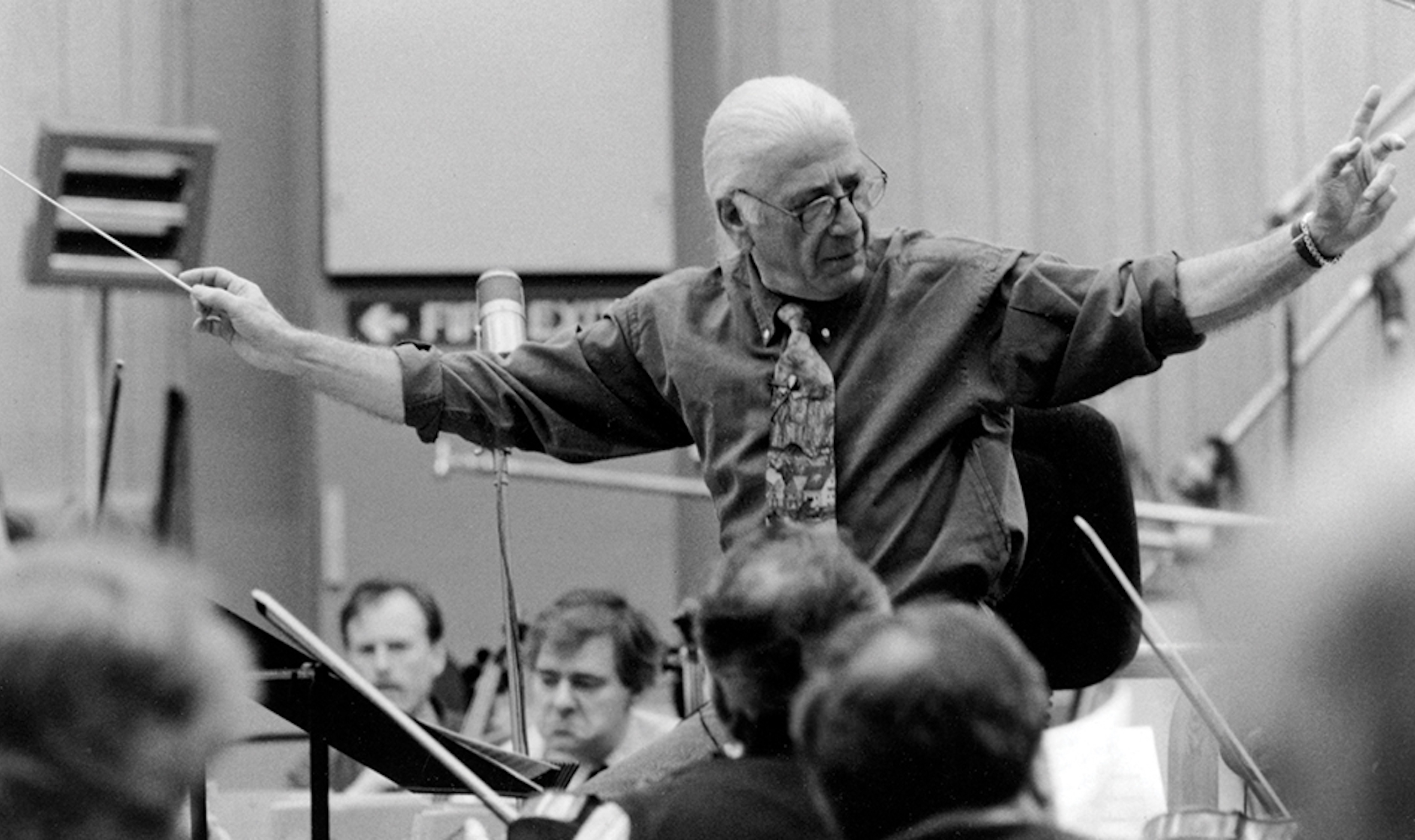 Forty years ago, two films—Alien and Star Trek: The Motion Picture—dazzled audiences not only with pathbreaking special effects, but also with rich musical scores that carried moviegoers into the frightening or awe-inspiring realms of outer space. These soundtracks, different in so many ways, were the brainchildren of one of cinema’s greatest composers, Jerry Goldsmith.

Born in California in 1929, Goldsmith began studying music as a young boy. After college, he landed a job at CBS, which then was producing radio dramas as well as television. He wrote short pieces for radio before graduating to such TV series as The Twilight Zone. In 1968, his score for Planet of the Apes brought him critical attention, and he remained in high demand until his death in 2004.

More experimental than his celebrated contemporary John Williams, Goldsmith employed exotic instruments—everything from Australian didgeridoos to a medieval French instrument called a serpent—to give Alien an eerie, otherworldly quality. And by avoiding any melodic center, he created a suspenseful atmosphere perfect for the film’s blend of science fiction and horror. . . .