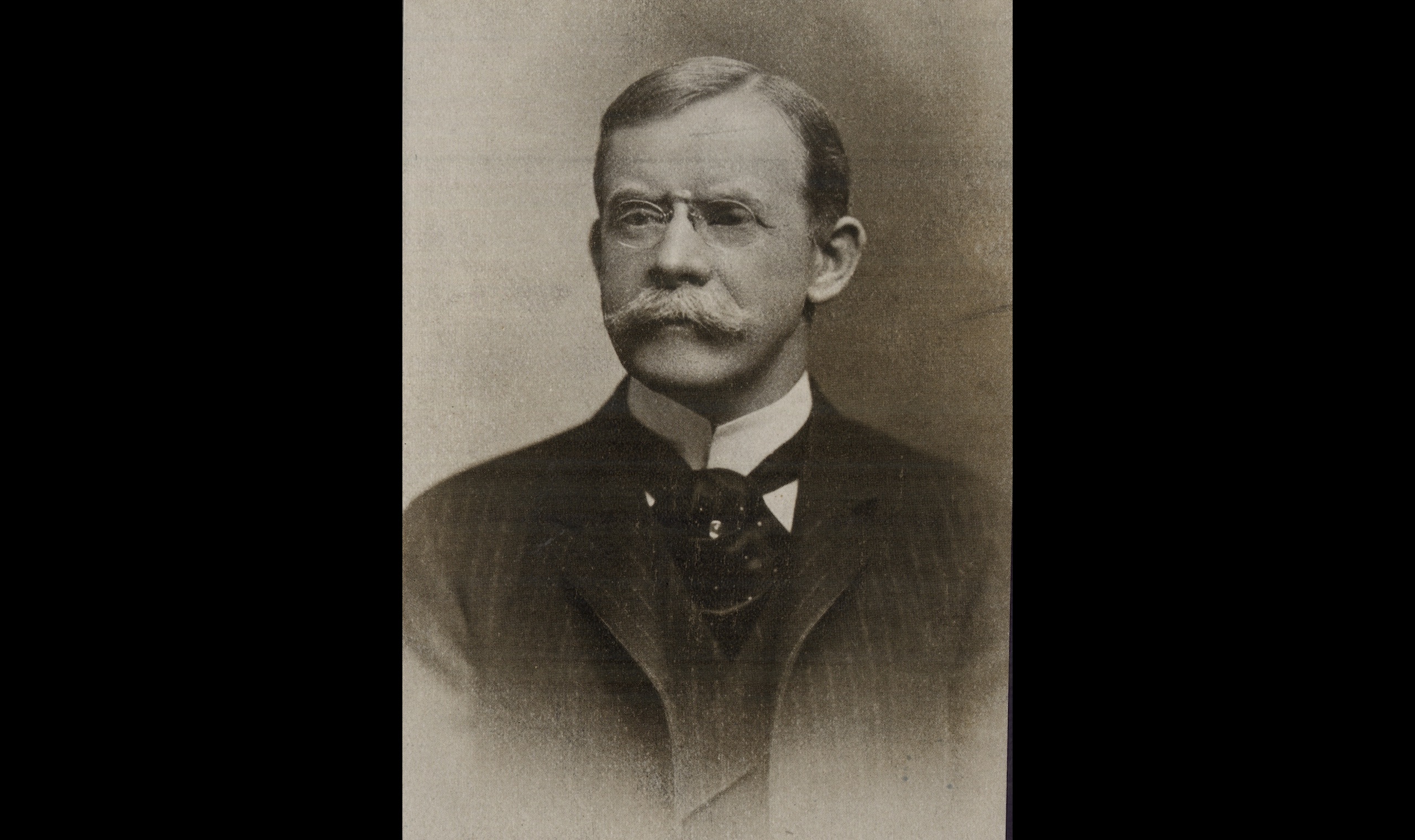 John H. Patterson, an industrialist who flourished at the turn of the 20th century, changed the way retail businesses handled money—literally. His company manufactured the first commercially successful cash registers, thus helping to solve a widespread problem: the loss of profit due to employee theft and shoddy bookkeeping. In building his company and developing the cash register, Patterson helped to bring business into the modern age.

During his first business venture in Dayton, Ohio, in the early 1880s, Patterson owned and managed a general store. Despite having almost no competition and relatively high margins, the store lost $3,000 ($75,000 in 2019 dollars) in three years.1 Upon investigating, Patterson discovered that his clerks were stealing from the cash drawer. At the time, cash drawers often were left unlocked, and sales receipts were a novel concept.2

Patterson soon learned of a machine invented in Dayton—the cash register—which reduced employee theft by automatically and accurately recording a shop’s sales, which the shop owner could compare to the contents of his cash drawer.3 Patterson bought two cash registers sight unseen. After six months of using them in his general store, he made a $5,000 profit, more than recovering the cost of the machines.4

The inventor of the cash register, however, had failed to make it a commercial success. Patterson, looking for a new business venture, bought the patent rights to the machine. In 1884, he and his brother Frank also bought National Manufacturing, the company that built the cash registers, and Patterson renamed it National Cash Register Company (NCR). . . .

View all articles by Jonathan Townley →
Letter to the Editor
The Green New Deal: A Plan to Sink AmericaSuffused with Sunlight: The Paintings of John White Alexander

4. Reports of the number of machines Patterson bought and the resulting profit they enabled differ. Marcosson claims that Patterson initially bought three machines sight unseen for his general store and, when they earned him a profit of “several thousand dollars” within six months, bought two more for his other business concerns (Wherever Men Trade, 23). Bernstein claims that Patterson bought two registers sight unseen, which earned him a profit of $5,000 after six months (Grand Eccentrics, 23).

28. According to Marcosson, this legal battle began in the early 1890s when Henry S. Hallwood bought some patents for a drawer-operated cash register and started the Hallwood Cash Register Company. Hallwood later admitted in an affidavit that his purpose in doing so was to become enough of a nuisance to force NCR to buy him out. Instead, NCR sued. Hallwood countersued for $100,000, “alleging unfair competition and conspiracy to restrain trade.” Over the next eighteen years, Hallwood started several failing cash register businesses, which eventually became American Cash Register Company. NCR then sued American for patent infringement. When American realized its countersuit was ineffective, it filed a complaint with the Department of Justice in 1910. See Marcosson, Wherever Men Trade, 100–101.

29. Accounts of the exact number of executives convicted in the antitrust case differ. Allyn states that Patterson and “his top twenty-seven executives” were convicted (My Half Century With NCR, 30). A newspaper headline from Dayton, Ohio, reporting on the appellate court’s ruling on March 13, 1915, reads “Sweeping Victory Won by President Patterson and 26 Associates” (Lisa Rickey, “The court decision in John H. Patterson’s case was announced . . . ,” Out of the Box, March 18, 2015, https://www.libraries.wright.edu/community/outofthebox/2015/03/18/the-court-decision-in-john-h-pattersons-case-was-announced/.) Marcosson, who was present with Patterson at the appellate court’s ruling, refers to an address Patterson gave to his supporters in which he mentioned “twenty-one colleagues” who were also convicted (see Wherever Men Trade, 106–7).