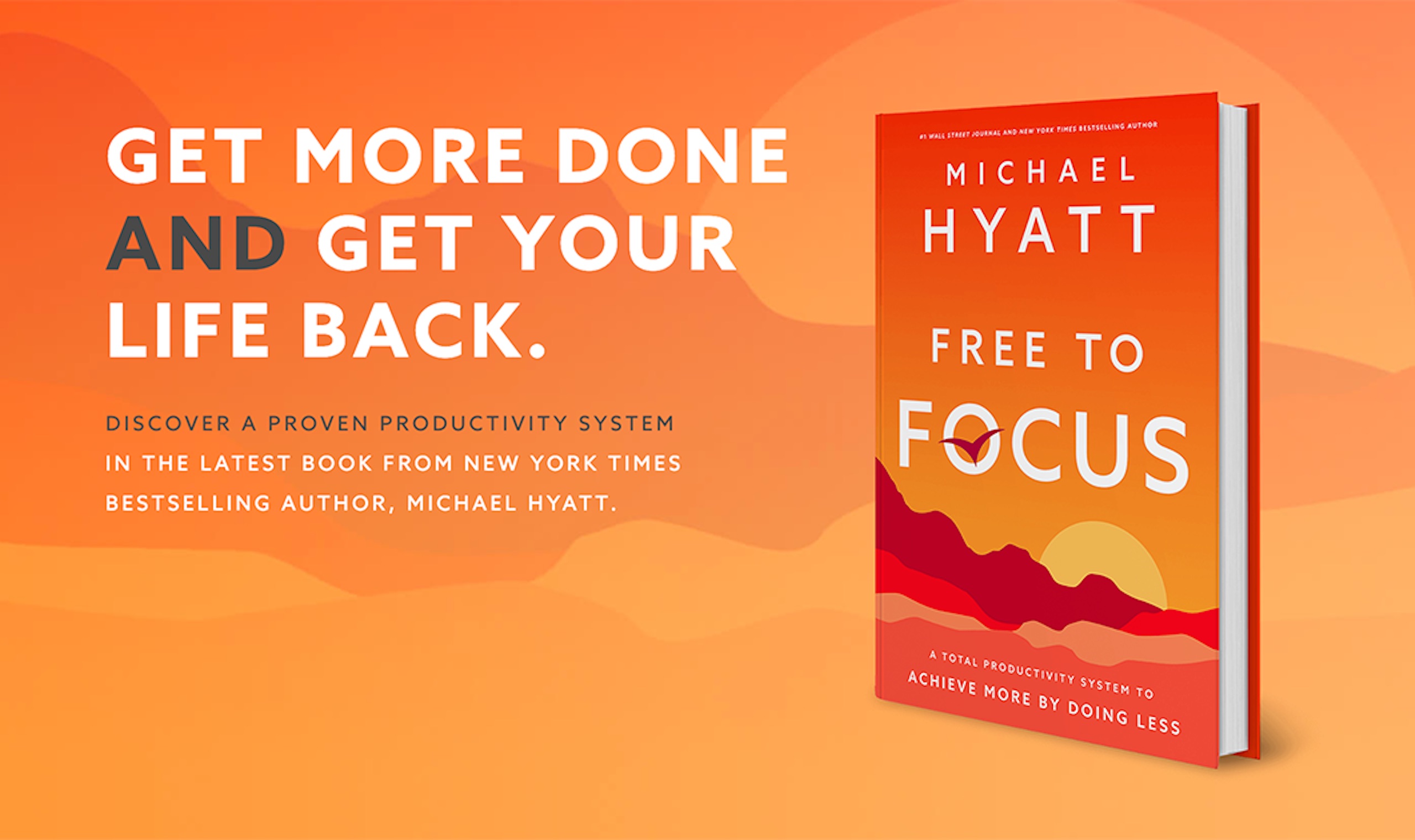 Free to Focus: A Total Productivity System to Achieve More by Doing Less by Michael Hyatt

Many people think that increasing productivity is synonymous with increasing one’s efficiency at work. But according to productivity expert and executive coach Michael Hyatt, this conception of productivity leads to increased busyness and, eventually, the achievement of fewer meaningful results. In other words, many end up using the time they save with “efficiency hacks” to do more work. But “more work” can be a detriment when it replaces other more important things.

In his new book, Free to Focus, Hyatt shares his experience with the consequences of constant busyness. A former CEO of a major publishing company, he describes himself as having been “on duty 24/7 in a nonstop whirlwind of projects, meetings, and tasks—not to mention emergencies, interruptions, and distractions” (loc. 218). Eventually, his relationship with his family grew strained, and his health suffered, landing him in the ER with stress-induced chest pains. As a result, Hyatt realized he needed to reconsider his work habits—or risk developing further health problems.

In time, Hyatt concluded that the ultimate purpose of productivity is not to get more done, but to get the right things done. But most productivity systems, he says, start with advice on working more efficiently rather than on clarifying what you should be working on in the first place. Hyatt holds that this is a mistake: It’s like “leaving for a trip without knowing where we want to end up” (loc. 440). Instead, the first step to increasing your productivity begins with taking the time to clarify your objectives—both at work and in other areas of your life. . . .

View all articles by Jonathan Townley →
René Marie: A Voice of IndependenceWill you help TOS advance your values?
Return to Top