‘Sense Being Preferable to Sound’

In February 1778, some farmers living about thirty miles southwest of Boston petitioned the Massachusetts state legislature to be incorporated as a new town. They had chosen the name “Exeter,” but apparently they arrived at the Dedham courthouse at about the same time as did some incredible news from France: The famous printer, writer, inventor, and patriot Benjamin Franklin had persuaded the French to ally with America in the war for independence from England. In honor of this hero, the petitioners crossed out the name “Exeter,” and wrote “Franklin” in its stead. Thus, the town of Franklin, Massachusetts was officially incorporated on March 2, 1778. 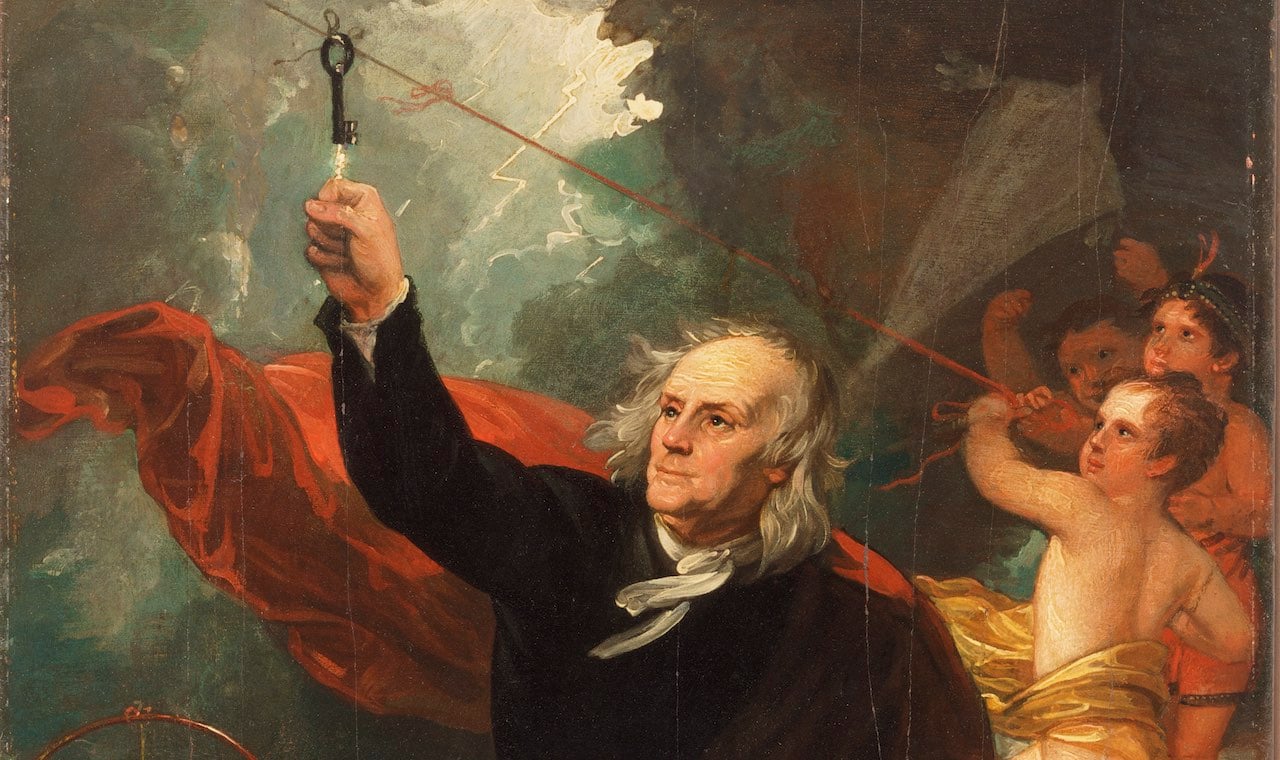 Benjamin Franklin Drawing Electricity from the Sky by Benjamin West

Seven years later in 1785, someone (presumably a townsman, though no one knows), wrote to Franklin suggesting that he acknowledge the town’s tribute by supplying a bell for its new meeting house and church. Although he considered himself “a thorough Deist” and thus held that God created the universe, he doubted the divinity of Jesus and stopped regularly attending church after concluding that religious dogma was “unintelligible.” Understandably, he did not like the idea of buying a bell to call the townspeople to mass. So, he proposed a different gift.

In the 1730s, he had spearheaded the creation of the Library Company of Philadelphia—America’s first subscription library—and he later reflected that “libraries have improved the general conversation of the Americans, made the common tradesmen and farmers as intelligent as most gentlemen from other countries, and perhaps have contributed in some degree to the stand so generally made throughout the colonies in defense of their privileges.”1 Not long after receiving the request for a bell, he wrote to a friend in London, the Welsh philosopher and Royal Society member Richard Price:

A new Town in the State of Massachusetts, having done me the honour of naming itself after me, and proposing to build a Steeple to their Meeting House if I would give them a bell. I have advis’d the sparing themselves the Expence of a Steeple for the present, and that they would accept of books instead of a bell, Sense being preferable to Sound.2

He asked Price to select and send books on “sound Religion and just Government” as the basis of “a little parochial Library, for the Use of a Society of intelligent respectable Farmers, such as our Country People generally consist of.” Among the books Price picked were Baron de Montesquieu’s Spirit of the Laws, a collection of the works of Algernon Sidney, and four enormous volumes of the works of John Locke—all staples of the education of America’s new leaders. 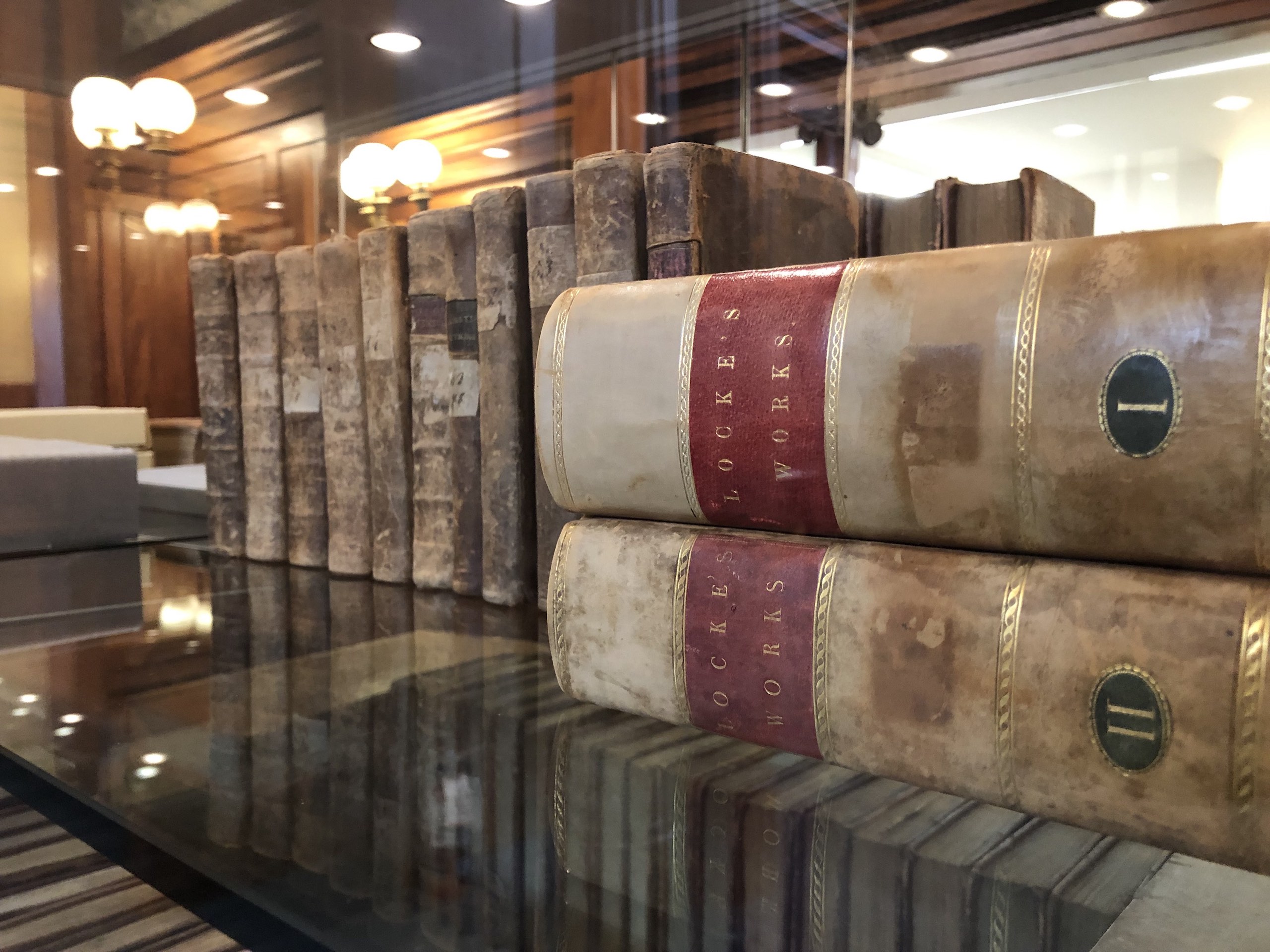 But Franklin’s gift unintentionally led to one of the new nation’s first controversies over “public property.” Decades earlier, perhaps inspired by Franklin’s subscription library, the one and only church in the area now known as Franklin began a parochial library, which lent only to congregation members who also paid a library subscription. Some Franklin residents lived so far from the church that, although they took part in town meetings, they found it more convenient to attend other churches. When Franklin’s gift arrived, the town’s reverend, Nathaniel Emmons, treated the books merely as an addition to the existing collection, allowing only members of his congregation who also paid for a library subscription to use them. Several people wrote to Benjamin Franklin asking if this is what he had intended, but there’s no evidence that he ever responded.

In meeting after meeting, townspeople pressed the reverend to make the books available to all Franklin residents, not just those who attended his church and paid for a subscription. Emmons seems to have cared well for the church’s library, and it’s possible that he had reservations about how Franklin’s books would be treated if they were freely available to all: If people did not pay a subscription to use the books, then they’d have no stake in maintaining them.

Whatever his reservations, on Christmas Eve of 1790, Emmons acquiesced, and the books that Franklin had gifted (and only those books) were made freely available to all Franklin residents. Thus, Benjamin Franklin was instrumental in the creation of America’s first subscription library and, whether or not he intended it, America’s first public library as well.

In the decades that followed, these books were moved to and fro and fell into a state of “considerable disrepair,” even being stored periodically in barns. In 1858, Rev. William Thayer wrote, “For some years past the library has been neglected to a degree that is really dishonorable to the town. . . . and very few people appear to set much value upon it.”3

Finally, in 1904, two daughters of a wealthy industrialist paid to erect a new building to house the Franklin Public Library. Based on the design of an ancient Greek temple and decorated with the art of American landscape painter Henry Gallison and Italian artist Tomasso Juglaris, the library is, today, the dignified home of Franklin’s gift.

Out front, a bronze statue of Franklin serves as an enduring reminder that he thought books more important than bells, sense being preferable to sound. 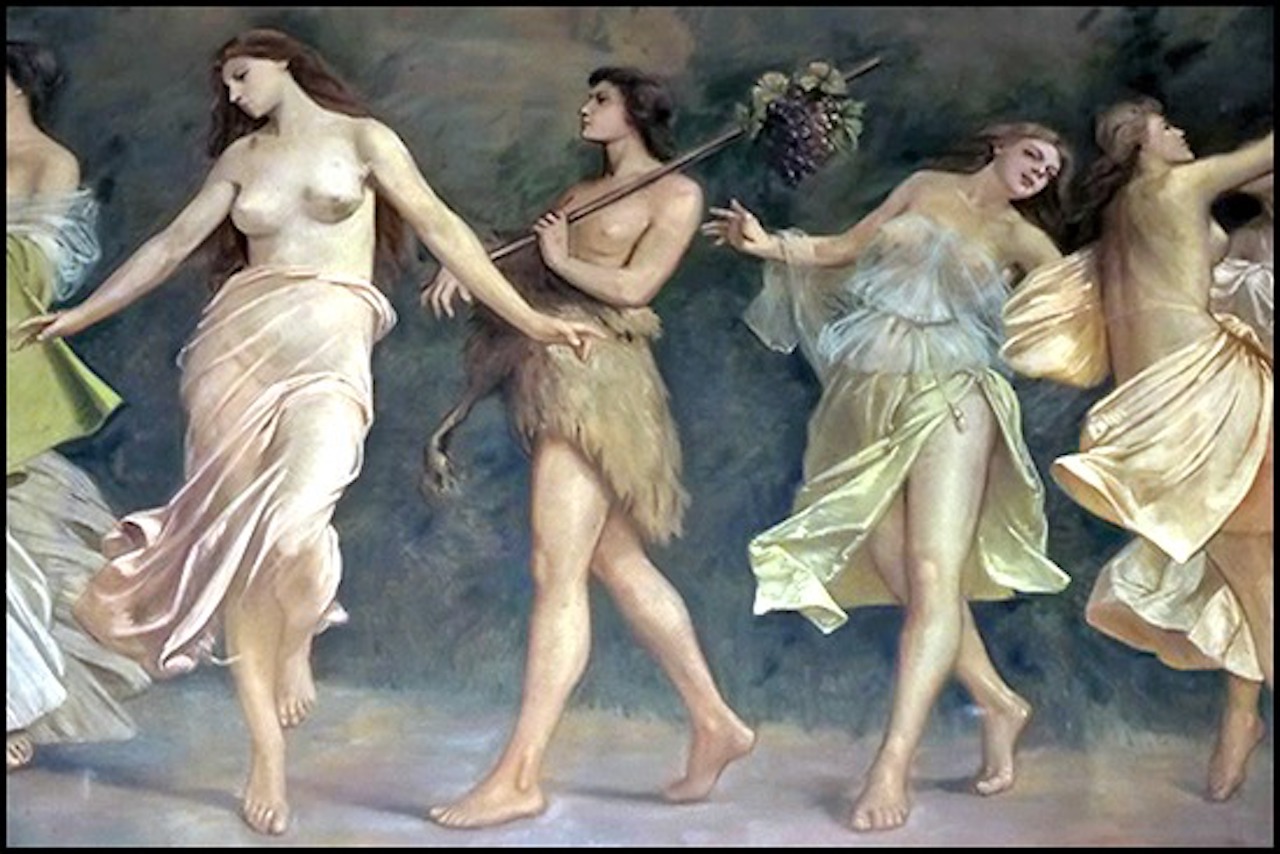 A Grecian Festival by Tomasso Juglaris at Franklin Public Library

After a town named itself in honor of Benjamin Franklin, someone suggested that he buy the town a church bell. Franklin proposed a different gift.
Click To Tweet

View all articles by Jon Hersey →
Letter to the Editor
Monticello: Portrait of Its DesignerFrom Sea to Shining Sea: The Heroes and Villains of the First Transcontinental Railroad