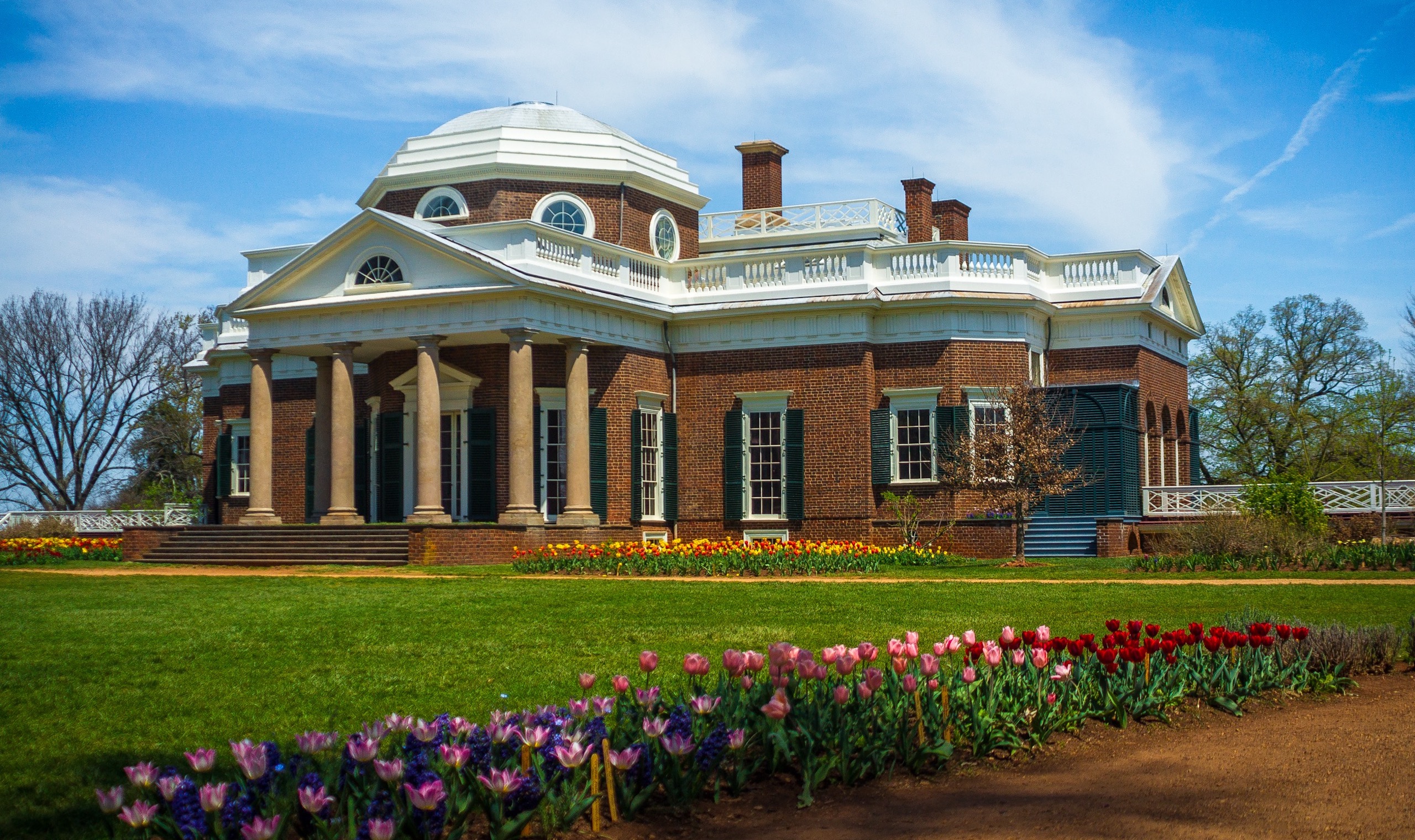 Monticello: Portrait of Its Designer

Two hundred and fifty years ago, the first bricks were laid for what would become Thomas Jefferson’s Monticello. At twenty-three, Jefferson had just been elected to his first political office in the Virginia legislature—and he was also beginning what would become a side career as the nation’s first native-born architect. Monticello, which he never quite finished, would prove not only a world-famous tourist attraction, but also a window into the mind of this most complex and captivating of America’s founding fathers.

Nobody knows exactly when Jefferson became interested in architecture. John Dos Passos plausibly suggested in his book The Head and Heart of Thomas Jefferson that he took it up while still a law student in Williamsburg. However that may be, by the late 1760s Jefferson had become a devotee of the 16th-century Italian builder Andrea Palladio, whose work emphasized classicism and symmetry, and who was known for villas with wings stretching to attached outbuildings. He adhered to Palladio’s style in designing what scholars call the “First Monticello,” a tall, two-story structure set into the side of a hill, with a U-shaped set of walkways connected to side structures. Built of bricks made on site, its classical Italian features blended uniquely with the native Virginia soil.

Jefferson followed the same style for many of the other buildings he designed—most notably the University of Virginia. In the porticoes stretching from the rotunda, Jefferson employed all of the classical orders (Doric, Ionic, Corinthian, and composite) in hopes of inspiring architecture students. He also constructed a rural retreat called Poplar Forest to escape the crowds of visitors who descended on Monticello. Built in the octagonal style of which he was enamored, Poplar Forest—which now has been almost fully restored—consisted of little more than a dining room and bedrooms, ideal for private getaways. 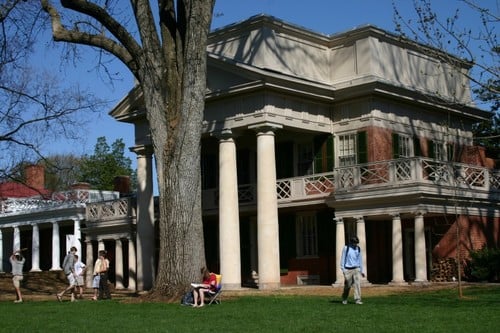 Perhaps least characteristic of Jefferson’s architecture is the Virginia capitol building, which he copied from a Roman temple called the Maison Carrée—a building he loved so much that he stared at it “for whole hours . . . like a lover at his mistress.” Hoping the design would encourage Americans to model public buildings on ancient Greek styles, Jefferson’s original plan—which was simpler and more dignified than the final product—used white rather than the red brick used at Monticello. And it inspired states to follow classical models in public architecture.

But none of Jefferson’s other buildings compare to Monticello, which he obsessively renovated all his life. In the 1790s, during a brief retirement from politics, he replaced its second story with the now-iconic octagonal dome—the addition that distinguishes what scholars call the “Second Monticello” from the first—and went on tinkering with it for the rest of his life. The result is as elegant, ingenious, and quirky as its owner. Its famous calendar clock keeps the days of the week as well as the hours of the day—a clever idea marred only by the fact that the wall it’s mounted on wasn’t tall enough, so a hole had to be cut in the floor. The picturesque dome proved impractical as living space and was always infested with rats. And Jefferson, who disapproved of how grand staircases wasted space, built steps so precipitous that they are virtually ladders—a problem at a time when women wore full-length skirts. Yet the home’s sophisticated structure—which makes three stories seem like only one—as well as its impressive foyer and gimcracks—such as dumbwaiters, double doors that open when only one is pushed, and an alcove bed set beside his immense personal library—make Monticello a sort of architectural portrait of its planner. 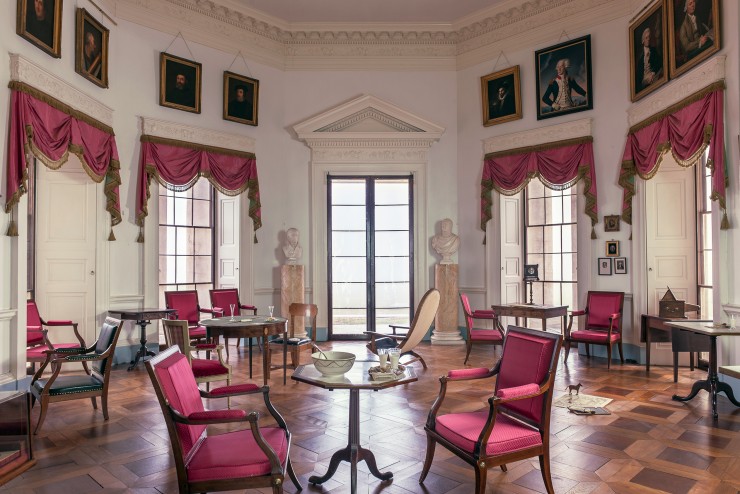 The construction, of course, was almost entirely the product of slave labor. The bricks, the woodwork, even the nails were made by the scores of people Jefferson “owned” and who labored in the kitchens and workhouses that the floorplan tends to conceal. That element—Jefferson’s luxuriant residence nestled among his human “property”—is as much a part of that portrait as anything else.

Jefferson’s debts were so great that, in order to pay them, his family sold the land and slaves when he died in 1826. Intermittently neglected for years, Monticello gradually fell into disrepair until restoration began in 1889. Today, it is preserved, ironically, in a state of completion it never reached in Jefferson’s lifetime. But there is something fitting about that, for Jefferson knew that all his labors would have to be completed by future generations.

Monticello, by America's first native-born architect, Thomas Jefferson, is a window into the mind of this most complex and captivating of Founders.
Click To Tweet

View all articles by Timothy Sandefur →
Letter to the Editor
Craig and Sarah Biddle on Parenting, at TOS-Con 2019‘Sense Being Preferable to Sound’
Return to Top