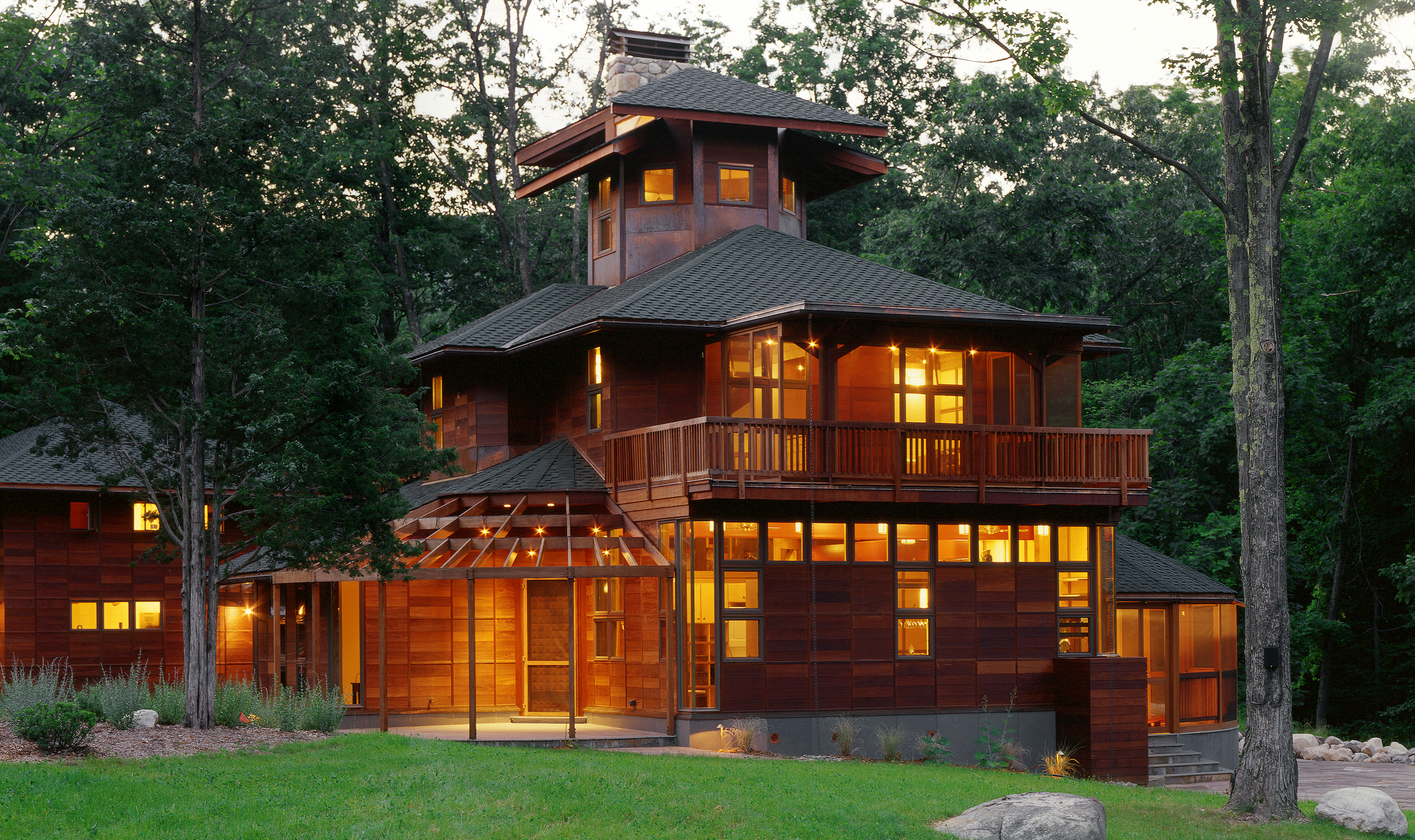 John Gillis is an architect and writer focused on aesthetic topics. He has just published Tidings of Joy & Comfort: Romanticism & Realism in Architecture, the second volume in his series of books on the arts. This book is based on his decades of architectural work and his understanding of Ayn Rand’s theory of art. I sat down with Gillis to find out about his ideas on architecture, his interest in and application of Rand’s aesthetics, and his new book.

Stephanie Bond: John, thank you for taking the time to chat with me today. Before we talk about your new book, tell me: How did you become interested in architecture?

John Gillis: I had always been fascinated by what is called the “built environment”: buildings, bridges, roads, parks, and all the things around us that are designed by people. As a kid, walking around the streets of the city, I wondered why there were lines in the sidewalks, and why some things were brick, some wood, and others cement. In time, my interest in architecture just organically developed from my focus on the world around me.

I remember the exact day when I announced that I was going to be an architect. I was twelve. As we were driving over a bridge in Chicago, I told my parents, “I want to design and build buildings.” That’s how I put it —I didn’t use the word “architect.” A week or so later I learned there was a name for my interest, and that’s when the word architect entered my vocabulary.

I went to my local bookstore, and the saleslady directed me to a small section, where I selected The Natural House by Frank Lloyd Wright, The Scope of Total Architecture by Walter Gropius, and books about Le Corbusier and Mies van der Rohe.1 She said that there was also something in the fiction section, and she showed me The Fountainhead. I thought to myself, “OK, let’s go full out and get everything.” I bought the books, took them home, and read them all.

Bond: You were twelve when you read The Fountainhead?

Gillis: Yes. The interesting thing about being introduced to Rand and first reading The Fountainhead at age twelve is that even though I was greatly attracted to the portrayal of this radical architect, what I remember most was going out immediately and buying Atlas Shrugged, and then Anthem and We the Living. I was knocked out by Atlas. I was starting to think about big questions, and I was puzzled by a great deal going on around me in our culture. To have someone address and answer so many large issues about living was transformative. I read The Fountainhead quickly, but I read Atlas Shrugged even quicker, and they helped me immensely in seeing important issues clearly.

Bond: It’s wonderful that you took to Rand’s ideas so young. Speaking of Rand, she coined the phrase “romantic realism” for a style of fiction writing. What does it mean, and how does it apply to architecture?

Gillis: In her aesthetics, Rand named her specific literary approach romantic realism because her focus was on portraying realistic worlds in which her characters could represent the heroic, dramatic, free will-driven qualities of an ideal man. For me, after years of focusing on functional designs that exhibited a sense of spatial drama, structural expression, and visual richness, I realized that those two terms—“romantic” and “realism”—could also apply to architecture.

Obviously, there is a fundamental difference between architecture and literature. In literature, realism is about portraying characters and events that could actually exist, whereas in architecture, realism refers to a focus on functionality and utility. Being a realist in architecture means basing one’s aesthetic approach on the underlying requirements of a building, such as structure, functionality, space needs, material characteristics, costs, and so on.

For an architect to practice romantic realism, he must base the expressive content of the building on the realist elements—not on some preconceived visual schemes that have nothing to do with the function of the building. Romanticism in architecture involves going beyond basic utility—to arrange spaces, structure, and materials with shapes and qualities that evoke a sense of aspiration, order, and beauty.

Some architects, by contrast, are “idealists.” That is, they reject doing things functionally and with human comfort in mind. Their “idealism” is a subjective focus on “pure forms” without regard for whether the forms result in functional spaces. They also reject evocative architectural qualities, because they have some fixed idea of a pure form that matters to them (e.g., squares, curves, or swirls). It is utterly unimportant to them whether the forms evoke exciting or dramatic emotions in the occupant. Much of such architecture is cold, banal, and lacking in any aesthetic emotion.

As a young architect surrounded by that anti-emotion tradition, I saw it as the worst possible architecture. But the worst was yet to come. In later years, postmodernists arrived with their designs that intentionally mocked architectural forms. Then the ultimate nihilists in architecture, the deconstructionists, arrived. Deconstructionists reject function, comfort, rich spatial qualities, inventive materials, rational structural systems—everything that I regard as important in architecture.

I discuss these trends in some detail in my book, and those discussions are accompanied by illustrations. . . .

Stephanie Bond is principal at Executive Proofreading, where she provides professional proofreading services. Previously she was a Judicial Assistant at the Superior Court in Toronto for twenty years.

View all articles by Stephanie Bond →
Letter to the Editor
Craig Biddle Speaks on “The Morality of Self-Interest and Why You Need It” at David Game College, LondonPoets of Spring and Appraisals of Man