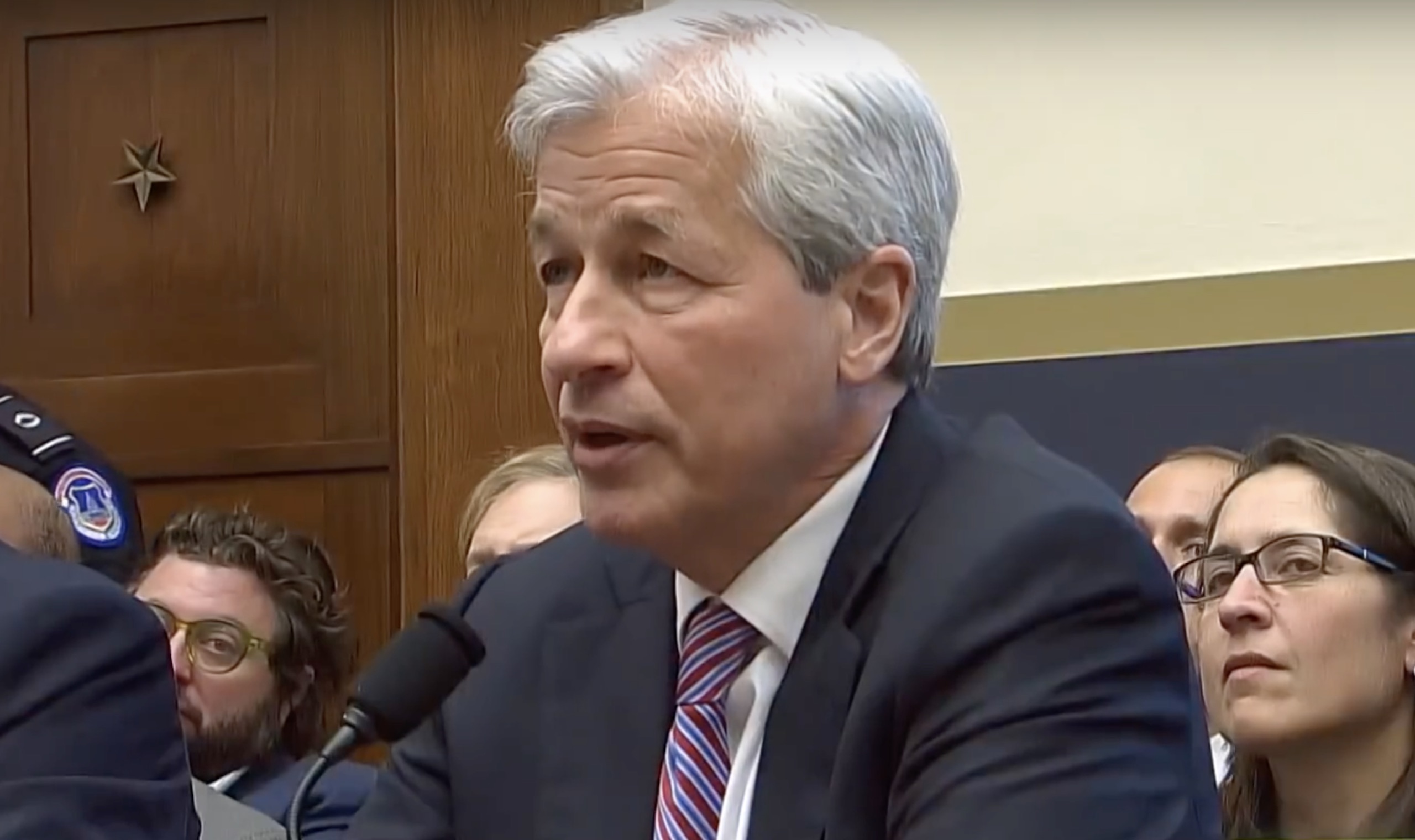 How Jamie Dimon Should Have Answered Representative Katie Porter

Last Wednesday, April 10, the United States House Committee on Financial Services held a hearing with the CEOs of several major banks. California freshman representative Katie Porter questioned JPMorgan Chase CEO Jamie Dimon about the wages of a hypothetical employee. This employee is a single mom making $16.50 per hour, a figure taken from an actual JPMorgan Chase entry-level job listing. It is her first job, and she cannot make ends meet. She is running a deficit, according to Porter, of $567 per month. 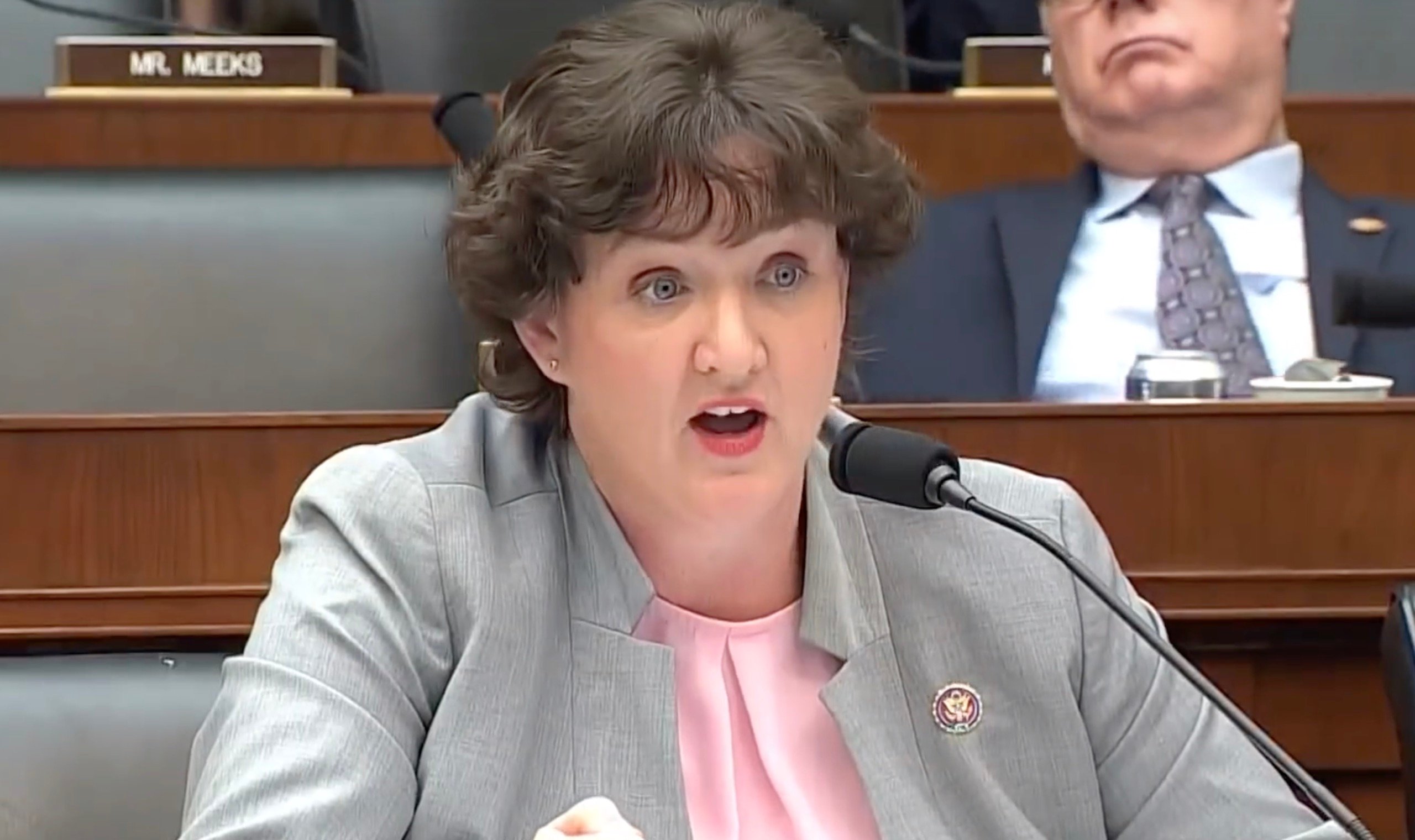 “How should she manage this budget shortfall while she’s working full-time at your bank?” Porter asked Dimon.

He pointed out, “You can get those jobs out of high school, and she may have my job one day.”

“She may,” Porter replied, “but Mr. Dimon, she doesn’t have the ability right now to spend your $31 million,” referring to his compensation.

Porter pressed Dimon further with a series of questions as to what the hypothetical employee should do. He didn’t have answers. He repeatedly said, “I don’t know. I’d have to think about it.”

Porter replied, “What I’d like you to do is provide a way for families to make ends meet.”

She later appeared on Lawrence O’Donnell’s MSNBC show The Last Word. Praising Porter, O’Donnell gleefully said she “was asking a math question and a humanity question rolled into one. And Jamie Dimon . . . flunked.”

“The answer to this question,” O’Donnell continued, “was just hanging right out there, and he couldn’t find it. You simply raise that person’s pay.”

Two days after the hearing, Dimon attempted to defend JPMorgan Chase’s wage policy in a conference call. “When you’re looking at wages,” he said, “you better look around at other people. The banking industry is pretty good.”

Given Porter’s line of “reasoning,” Dimon’s comparison is moot. Presumably, Porter would have the same thing to say to CEOs in other industries: “What I’d like you to do is provide a way for families to make ends meet.” What would a sound response to Porter look like? Here is what Dimon should have said and, in essence, what any CEO who wants to defend his wage policies must say:

Ms. Porter, I could argue that a wage of $16.50 per hour plus benefits is very competitive for an entry-level job that doesn’t require a college degree. But that is not the issue. If an employee is living beyond his or her means, that is neither my problem nor my responsibility. We don’t pay our employees based on their personal needs. Imagine if we did. We would have to ignore ability and achievement. We would pay a woman with kids more than we would pay a woman without kids, or a man with a $1 million mortgage more than one with a $100,000 mortgage for no other reason than that the former in each case “needs” it more. That would be patently unjust.

You might suggest that we should raise wages at the bottom end high enough so that even those with the greatest “needs” can make ends meet. Let’s say we pay a minimum of $20 per hour. But what about those employees who have been with us for a few years and worked their way up to $20 per hour? Now, new employees with no experience would be making the same amount. Such a policy would create resentment and damage morale. That would not be in the interests of JPMorgan Chase or its employees.

To get around this problem, you might suggest that we should raise all employees’ wages across the board by an equal percentage. We could do that, Ms. Porter, but we won’t.

Why? Because JPMorgan Chase is a business, not a charity. We pay our employees based not on their “needs,” but on their productivity. They provide value to us, and we reward them accordingly. Those who are more productive get bigger raises and move to higher-level positions with even higher wages.

If an employee thinks he is underpaid, he is free to make his case for a higher wage or to seek it from another employer. Any such case, however, must focus on his contributions to the company, not on his inability to balance his own budget.

A wage is a private, voluntary transaction between employer and employee, a transaction both parties mutually agree to. Just as employees have a right to decide whether such a transaction is in their best interests, so we have a right to decide how best to use the money we earn. Moreover, what we pay our employees is not your concern, and in a free society a company shouldn’t have to explain its wage policy to the government.

Our policy is rational. It is just. And I will not apologize for it.

Businessmen are the great job and wealth creators that make possible our ever-growing standard of living. Yet few, if any, politicians and intellectuals pay them the respect they deserve. Businessmen must learn to defend themselves when they are unjustly attacked, as should anyone concerned with justice. They must point out the voluntary, win-win nature of business transactions. They must explain that CEOs are paid orders of magnitude more than entry-level employees because the scope, responsibilities, and importance of a CEO’s job are orders of magnitude greater. They must show that their profits are earned—that they profit not by exploiting, but by producing, innovating, and trading—and that they have a moral right to decide how to use their earnings. Only then will they be able to confidently defend their business practices on moral grounds.

Jamie Dimon should have told @RepKatiePorter that @JPMorgan Chase's profits are earned and that the company has a moral right to decide how to use its earnings.
Click To Tweet

View all posts by Michael Dahlen →
The Morality of Capitalism: A Mind-Expanding Conference for StudentsEnlightenment Now: The Case for Reason, Science, Humanism, and Progress by Steven Pinker
Return to Top