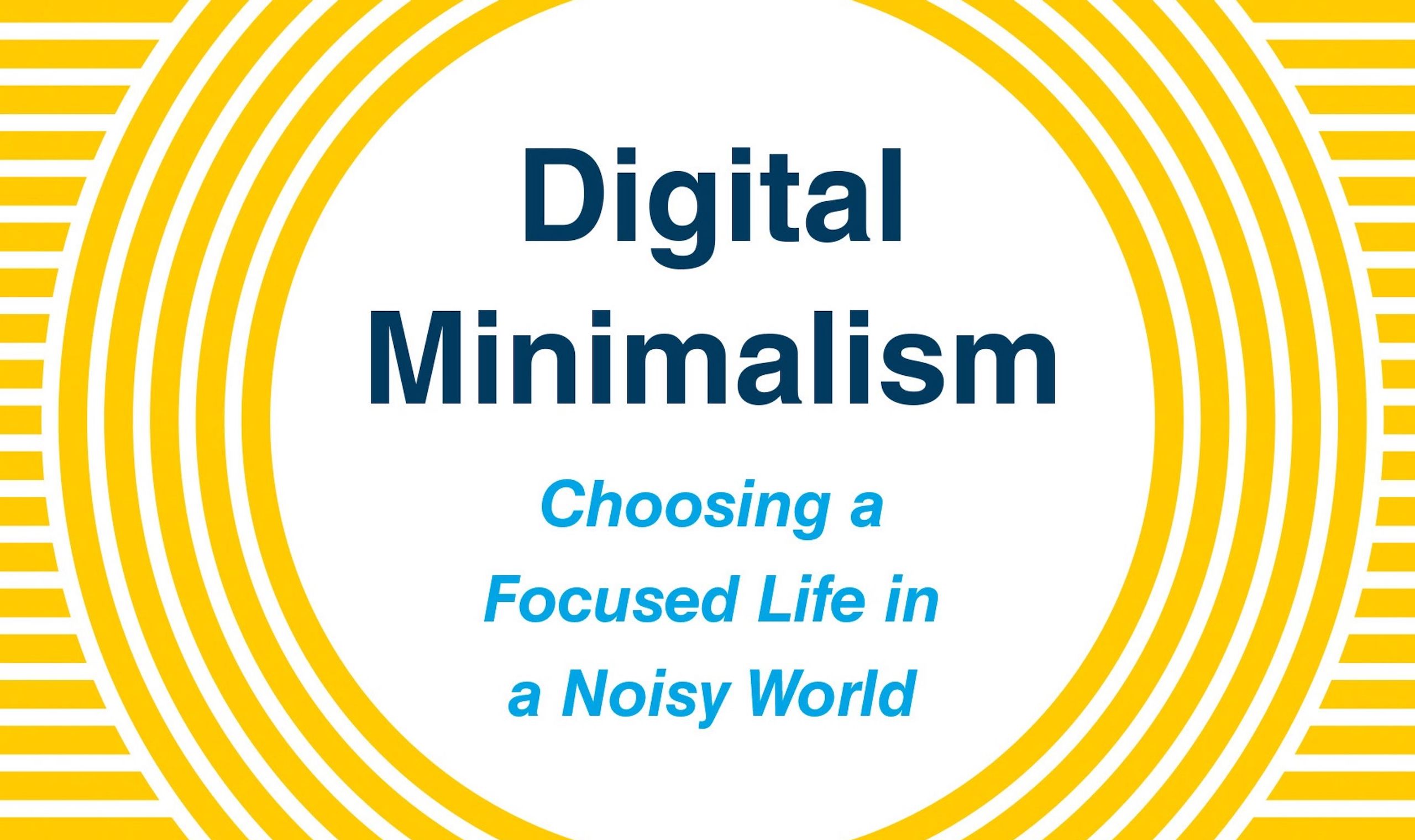 Digital Minimalism: Choosing a Focused Life in a Noisy World by Cal Newport

Digital technologies, such as smartphones, social media, and streaming services clearly provide value to lots of people, but they can also have serious drawbacks. Amid responses to his book Deep Work, Cal Newport was surprised by the number of people who complained about the pitfalls of such technologies. So he began interviewing his readers and studying the topic. “A common [theme] I heard in these conversations about modern digital life was [the] exhaustion . . . of having so many different shiny baubles pulling so insistently at their attention and manipulating their mood” (x). Many people described their interaction with digital technologies as resulting in a loss of control over their attention, time, and lives.

So, in response, Newport wrote Digital Minimalism, which details a new strategy for technology use. He writes:

Digital minimalists see new technologies as tools to be used to support things they deeply value—not as sources of value themselves. They don’t accept the idea that offering some small benefit is justification for allowing an attention-gobbling service into their lives, and are instead interested in applying new technology in highly selective and intentional ways that yield big wins. . . . [D]igital minimalism is . . . about cultivating a life worth living in our current age of alluring devices. (252–53)

View all articles by Jonathan Townley →
Letter to the Editor
Craig Biddle to Speak in Bulgaria and UK on Self-Interest, Individualism, GovernmentFlying Is Safer Than Eating
Return to Top