Among the stars of silent film, Buster Keaton stands out as a uniquely inventive talent. Like his contemporary, Charlie Chaplin, Keaton was not only an actor but also a writer and director, and his ingenious sight gags and innovative stunts are still admired today. In the new documentary, The Great Buster, which becomes available for streaming on Amazon this month, filmmaker Peter Bodganovich pays tribute to this extraordinary talent.

Born into a family of vaudeville performers in 1895, Keaton grew up in the limelight, but he fell in love with film in 1917, thanks to a chance encounter with Roscoe “Fatty” Arbuckle, then one of the nation’s foremost movie stars. Arbuckle took Keaton under his wing, and their films together proved so successful that in 1920 Keaton was given his own production unit. The decade that followed resulted in his finest work: between 1920 and 1928, he wrote, directed, and starred in such classics as Steamboat Bill, Jr., Our Hospitality, Sherlock Jr., and The General—which critic Roger Ebert considers one of the ten greatest movies ever made. 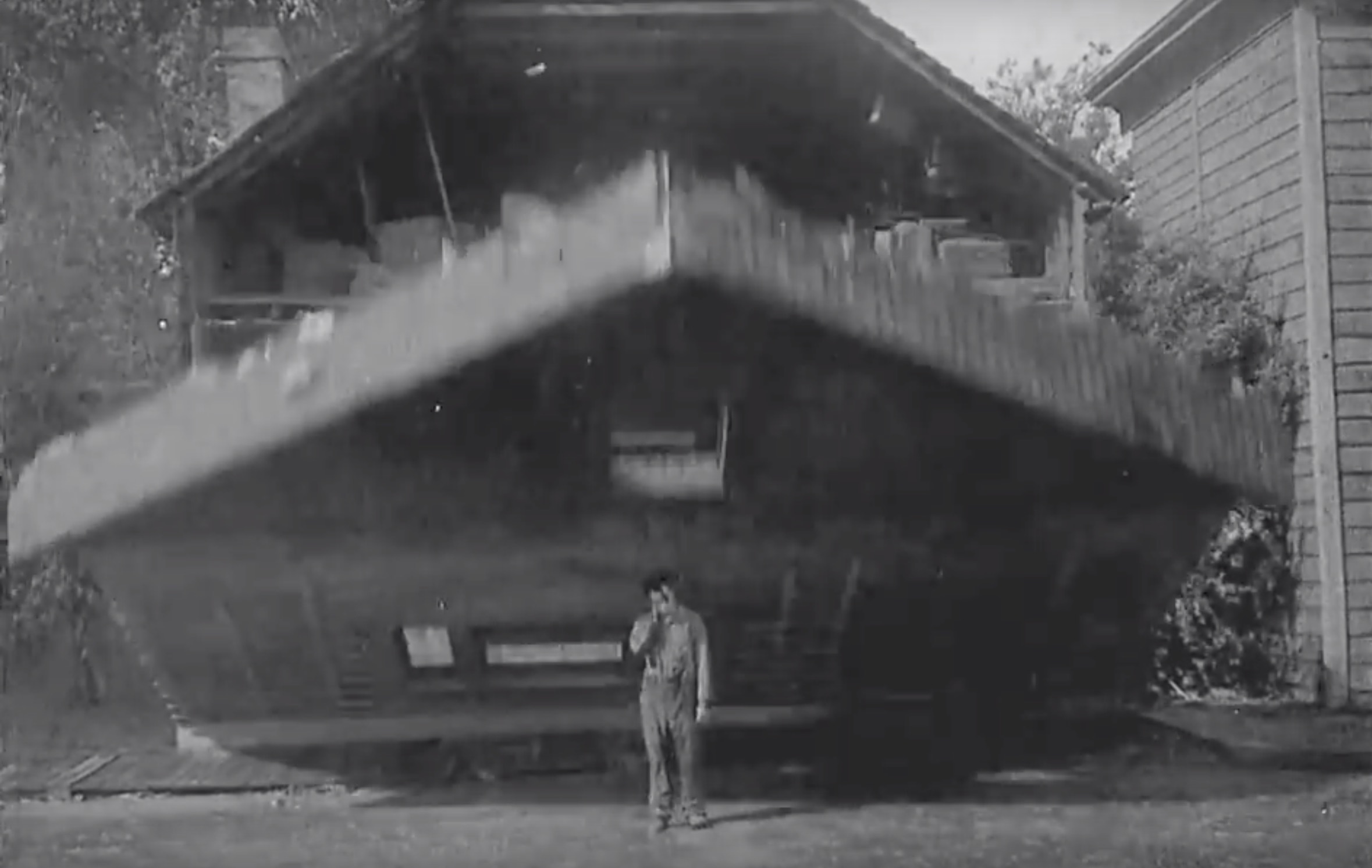 Buster Keaton in the cyclone scene from Steamboat Bill Jr.

Keaton’s stunts—almost all of which he performed himself—have become the stuff of legend. Perhaps his most famous was the cyclone scene in Steamboat Bill, Jr., during which the front of a building collapses around Buster. He survives only because he’s standing where the empty window frame falls. The stunt—which could have killed Keaton if he had stood even a few inches off his mark—has been repeated and parodied in countless films since. Even more noteworthy is the scene in Sherlock Jr. that climaxes with Keaton leaping off a moving train and grabbing a waterspout to lower himself to the ground. The actor did not anticipate the force at which the water would flow, and the deluge slammed him against the steel rail tracks. Although he leaped up and ran away, completing the scene with perfect comic timing, the blow actually broke Keaton’s neck—an injury that somehow went undetected for years. 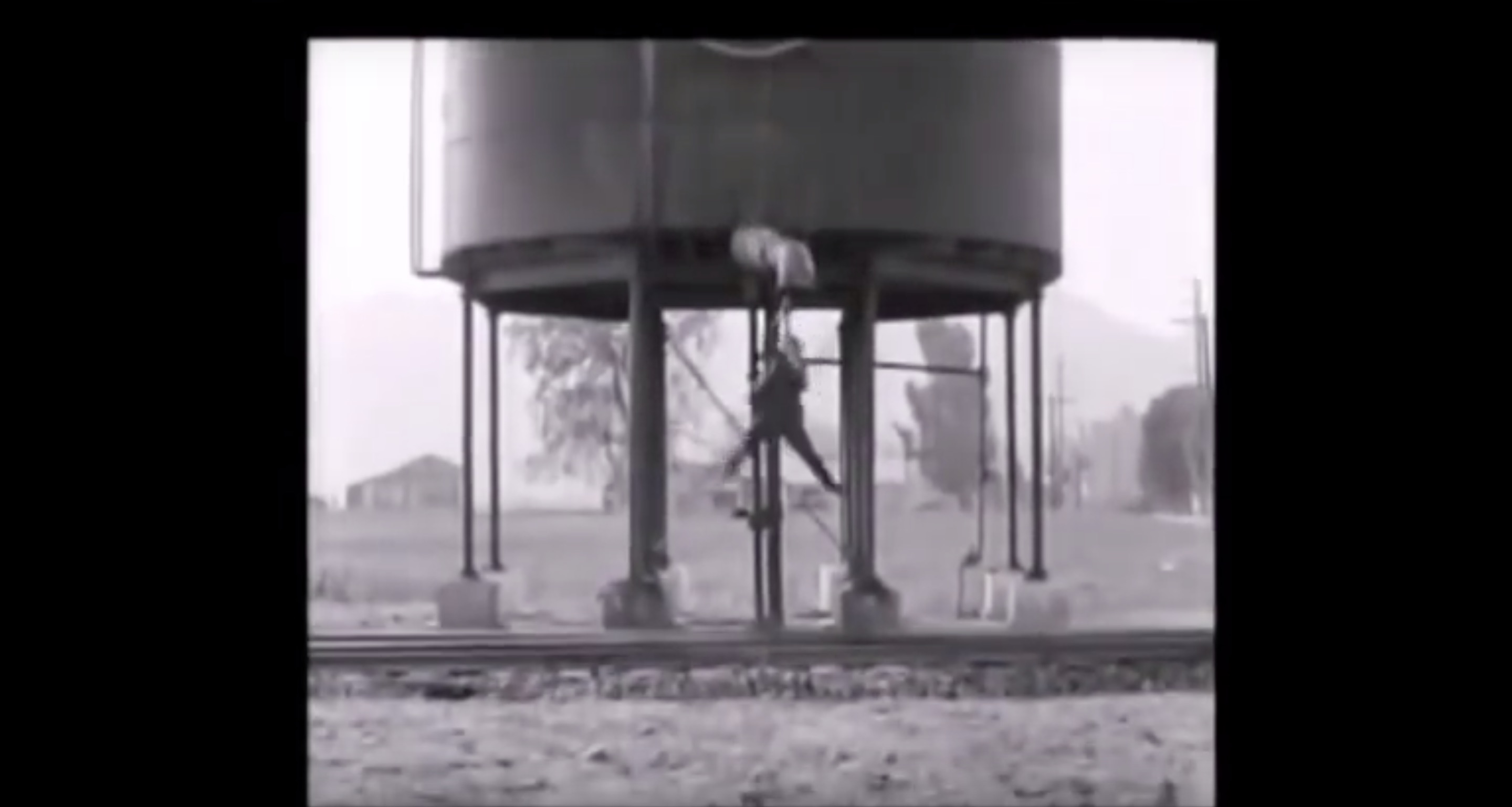 Keaton lowers himself from a waterspout in Sherlock Jr.

Spectacular as his stunts were, they aren’t what made him a Hollywood immortal. Instead, it was his brilliant sight gags, flawless timing, and deadpan stare. Consider the moment in Sherlock Jr. in which he catches in midair a cigar flung away by the man he’s following, or the scene in One Week in which Buster and his wife try to move their house, only to get it stuck on train tracks—with the train coming. Or the famous cannon shot in The General that just barely manages to miss the locomotive. In Seven Chances—a 1925 film that was remade (believe it or not) as 1999’s The Bachelor, starring Renée Zelwegger—Buster’s character manages to get into a scrape in which hundreds of women show up at church expecting to marry him. Fleeing from his would-be brides, he ends up caught between them and an avalanche of boulders. That sequence, too, has become iconic.

Probably Keaton’s cleverest achievement is the sequence in Sherlock Jr. in which Keaton’s character, an aspiring detective stuck working as a film projectionist, falls asleep and dreams that he’s in the film he’s showing. Filmed in 1924, the scene is a masterpiece of trick photography and timing, and the special effects hold up astoundingly well almost a century later. 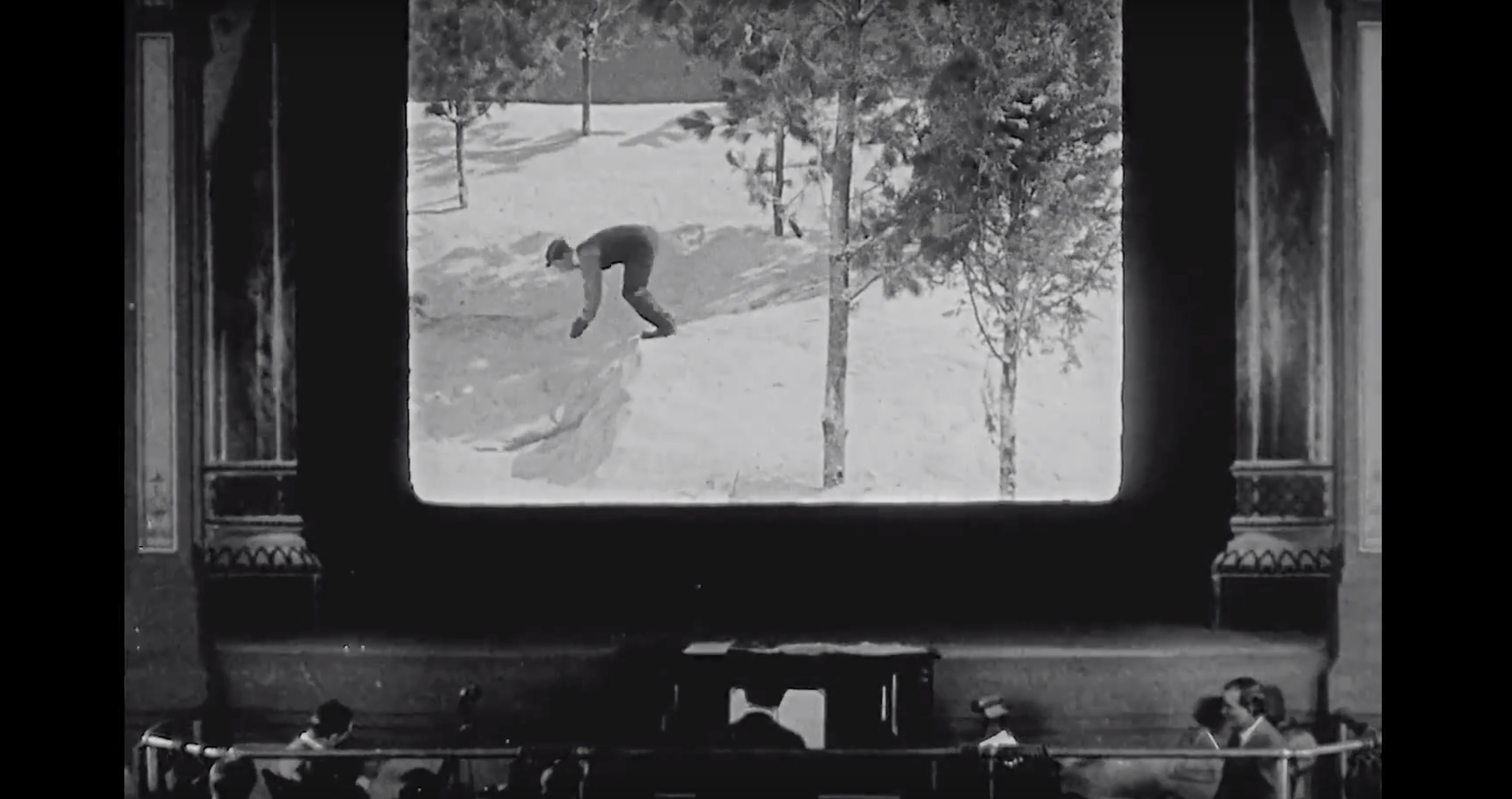 Keaton’s career fell into a slump after 1940, and he found himself assisting other comedians for low wages. But his fame was revived in 1949 thanks to a feature article in Life magazine, and he worked from then until his 1966 death in a variety of bit parts, including commercials, cameos, an episode of the Twilight Zone, and even an unfunny experimental film written by Samuel Beckett. Keaton’s skill at silent gags remained sharp even in old age—as evident in his classic 1961 appearance. Keaton cracks up his unsuspecting onlookers as he manages to drop everything from his watch to his toupee in his soup, all without losing his trademark deadpan stare.

As documentaries about Keaton go, The Great Buster is relatively weak. More tribute than analysis, it fails to explain Keaton’s creative process and emphasizes the tragic aspects of his life—his bouts with alcoholism and depression—more than the details of his comedic skills. Those unfamiliar with Keaton’s art would do better to start with the 1987 miniseries Buster Keaton: A Hard Act to Follow or the 1995 documentary from A&E, both of which explore more effectively the skill and sophistication of Keaton’s work. Still, The Great Buster contains many of Keaton’s best moments as well as a few lesser-known gems—and if it brings Buster Keaton’s art to the attention of a new generation, it will have done a good service.

Among the stars of silent film, Buster Keaton stands out as a uniquely inventive talent.
Click To Tweet

View all articles by Timothy Sandefur →
Salk and Sabin: The Rivalry That Killed PolioJohn Locke and Natural Philosophy by Peter Anstey
Return to Top