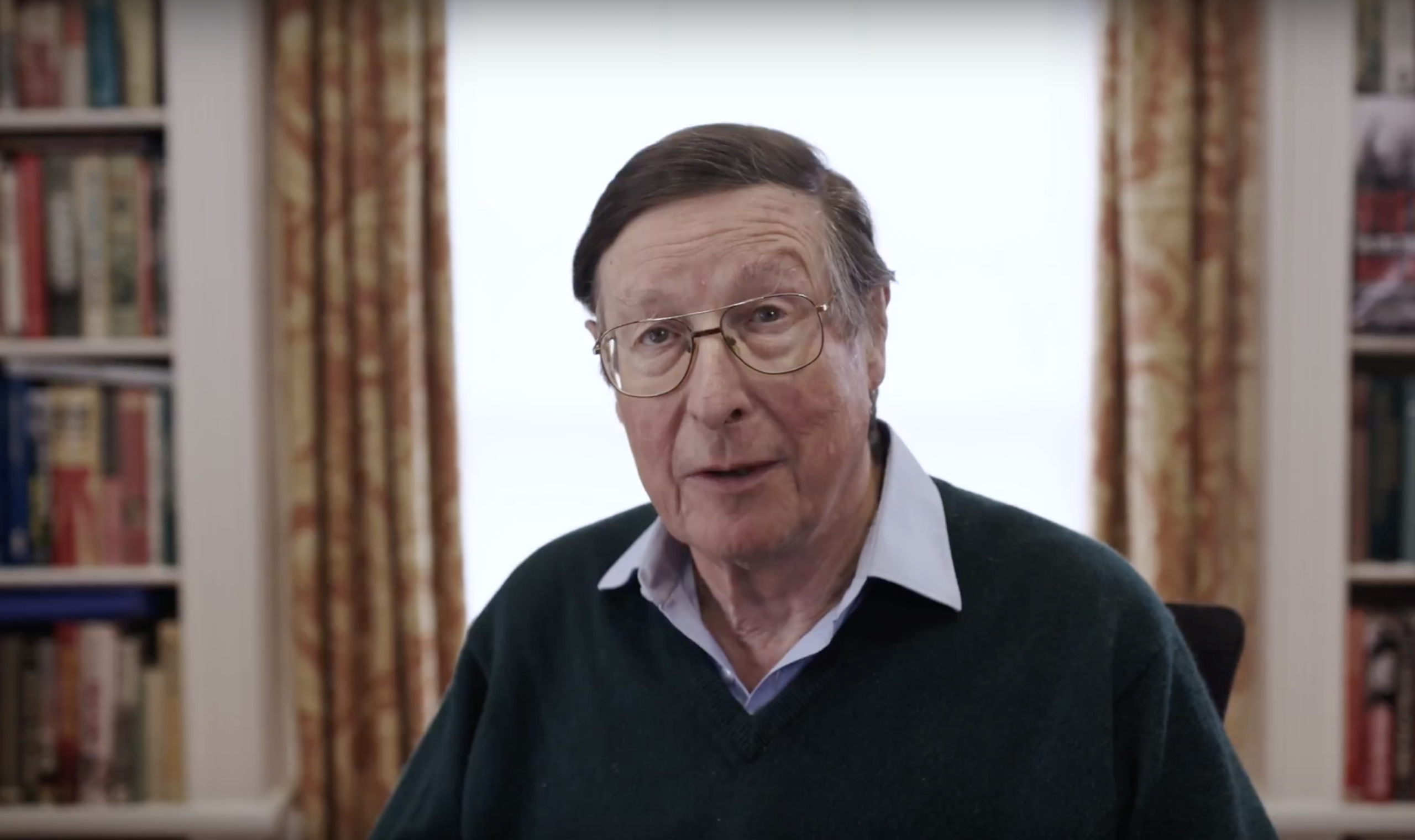 Max Hastings and the Tragedy of War

Many of the English language’s greatest writers have made history, rather than fiction or poetry, their primary focus. Edward Gibbon and Thomas Babington Macaulay, for example, were masters of prose as well as insightful historians. Today, the heir to their title is Max Hastings, the prolific military historian whose latest book, Vietnam: An Epic Tragedy, takes a long, hard look at a long, hard war.

Hastings has written more than a dozen war histories in a distinctive style that blends comprehensive scholarship with anecdotes told by soldiers and civilians who experienced life under fire or on the home front. His finest books—Armageddon and Retribution, about the last year of World War II in Germany and Japan, respectively—describe humanity’s greatest catastrophe with scholarly precision and dramatic gravitas. Winston’s War, which profiles Churchill’s years as prime minister, gives a candid, yet admiring, assessment of the British hero without myth or hype. In these and other books, Hastings’s grasp of strategy and his sound, objective judgment give readers a clear view of how conflicts are won, lost, or, in the case of Vietnam, disastrously fumbled.

But unlike some writers, whose criticism of U.S. involvement in Vietnam has degenerated into romanticizing America’s adversaries, Hastings emphasizes that, due to the communists’ censorship and imprisonment of dissenters, we still have essentially only one side of this story. It should never be forgotten, he writes, that “the Hanoi politburo and National Liberation Front caused the South Vietnamese people merely to exchange oppression by warlords and landlords in favor of even harsher subjection to the disciples of Stalin.” Saigon’s collapse was succeeded by gulags, shortages, forced labor, and all of communism’s usual cruelties.

Although America’s wish to protect the Vietnamese from that horrid fate was honorable, those good intentions could not compensate for the fact that South Vietnam’s government was an outright dictatorship. It should have been clear early on that the war—which would become a stage on which the clash between freedom and communism would be dramatically portrayed—was unwinnable under such circumstances, because South Vietnam was not a free society.

Yet although Hastings is no cheerleader for U.S. intervention, he’s frank about the bravery of the good people who strove for what they thought was the cause of liberty. “I thought that I would perform some sort of service,” said one American volunteer. “In the past we had been good tinkerers abroad, getting in there and fixing things.” One of the war’s greatest tragedies was the betrayal of the best within people like this.

That betrayal began with the mistaken belief, based on America’s defeat of fascist Germany and Japan, that its immense productivity and endless courage could overcome any military obstacle. But as Hastings argues in his earlier books, particularly Inferno, victory over Germany was primarily the work of Stalin, who hardly blinked at sacrificing millions of lives in Europe. By downplaying this, the United States emerged from that war with an inflated conception of its strength. In The Korean War, Hastings contends that this overestimation led America into that conflict—and that the war barely escaped being a total catastrophe—and he sees Vietnam as a similar misjudgment. Consequently, “The American people’s belief in both their own moral rectitude and military invincibility—created by the outcome of World War II, matched by an economic success so awesome that it seemed almost logical to believe that it reflected the will of a Higher Being,” he writes, “suffered devastating injury.”

Hastings delivers his objective and well-founded judgments in prose that brings to life the awful experiences of men who faced battles such as Ia Drang or Operation Linebacker—or more quotidian and personal conflicts: “Pham Hung of the 308th Division celebrated his eighteenth birthday . . . under ARVN shellfire,” he writes.

He decided to hold a little celebration, for which he would catch some fish . . . using a familiar soldier’s technique: during a lull he leaped out of his foxhole, ran to a nearby pond, and emptied his AK-47 into its occupants. Collecting the floating corpses, he dashed back toward cover just too slowly to escape a deluge of American bombs. An explosion hurled him stunned to the ground, where he lay reflecting dreamily, I am dying, and not honorably. Instead of being a hero, I am clutching a handful of dead fish. I have never made love to a girl.

Pham survived somehow, only to endure the miseries of communism. “I still have nightmares about being under an air strike,” he told Hastings in 2016, “and worse ones about being called back to the army.”

Reading Hastings’s descriptions of war is like experiencing the masterwork of a great epic poet—with the horrific additional fact that it’s all true. If war is hell, Max Hastings makes a fine Virgil.

View all articles by Timothy Sandefur →
Letter to the Editor
Why These Speakers at TOS-Con? (Part 2)TOS-Con Speaker Spotlight: David Crawford on the Value of Dance
Return to Top