Daniel Chester French is certainly among the greatest of American sculptors. Best remembered for the immense marble statue inside the Lincoln Memorial, French produced scores of monuments and portraits across the United States in a career that spanned more than half a century. From his first success, the Minute Man in his home town of Concord, Massachusetts, to his last and greatest work, the enigmatic Andromeda, French created art that was serene, evocative, and harmonious, and in some ways surprisingly innovative. He managed to avoid the stiffness that marked the classical approach of the generation before his without embracing the fads of the generation that followed—such as the impressionism of Rodin or the Modernism of Gaston Lachaise.

French’s uniqueness becomes obvious if one compares his two famous renditions of Abraham Lincoln—the standing version created for the Nebraska state capitol and the seated colossus in the Washington, D.C., memorial—with those sculpted by his friend and mentor, Augustus St. Gaudens.

St. Gaudens was a brilliant and pathbreaking artist, but his seated Lincoln is stiff, formal, and with his hands firmly on his knees, expresses an excessive sense of gloom. The standing Lincoln is better, but it also seems more somber than dignified, and the ornamental chair deprives the figure of that backwoods quality so associated with the memory of the western “rail splitter” Lincoln.

French’s versions surpass St. Gaudens’s in every respect. With its asymmetrical posture and clasped hands, his standing Lincoln is more realistic and lifelike, but it’s also more tightly focused and idealistic, thanks to its precise angles and focal points. The statue perfectly articulates that determined idealism expressed in the Gettysburg Address, inscribed on a panel in the background. And French’s seated Lincoln ingeniously combines compassion and firmness, peace and war. The president’s left hand is a clenched fist, and that leg is positioned as though he’s about to stand—while the right leg is relaxed, and that hand open, as if preparing to write the stirring words of his Second Inaugural. Here and elsewhere, French’s work is rooted in classicism but reaches toward the natural, dynamic styles of his later contemporaries. It is simultaneously realistic and romantic.

Given French’s association with Lincoln, it’s fitting that Lincoln biographer Harold Holzer was asked by the National Trust for Historic Preservation—which maintains the museum at French’s former home—to write the first full biography of the artist. That new book, Monument Man, puts French’s life in context and shows how he grew from an indifferent student to a world-renowned artist before his death in 1931.

Born in 1850 to a respectable New England family with significant government connections, French was helped early on when his father obtained some early commissions for him, most notably the contract for the allegorical Peace and Vigilance (1877) at the St. Louis Post Office. These and other works proved popular, and French’s career moved upward at a steady pace. His big break came thanks to his extensive work at the 1893 Chicago World’s Fair, to which he contributed half a dozen massive pieces, most notably the gigantic Republic, which, as Holzer admits, was actually one of French’s worst sculptures. His career advanced anyway, thanks to other works such as The Teamster and Indian Corn, and in the decades that followed, he completed a plethora of monuments, busts, and architectural accompaniments—most famously his graceful Mourning Victory, his consoling Death and the Sculptor, and his magnificent Continents series for the Manhattan Customs House. 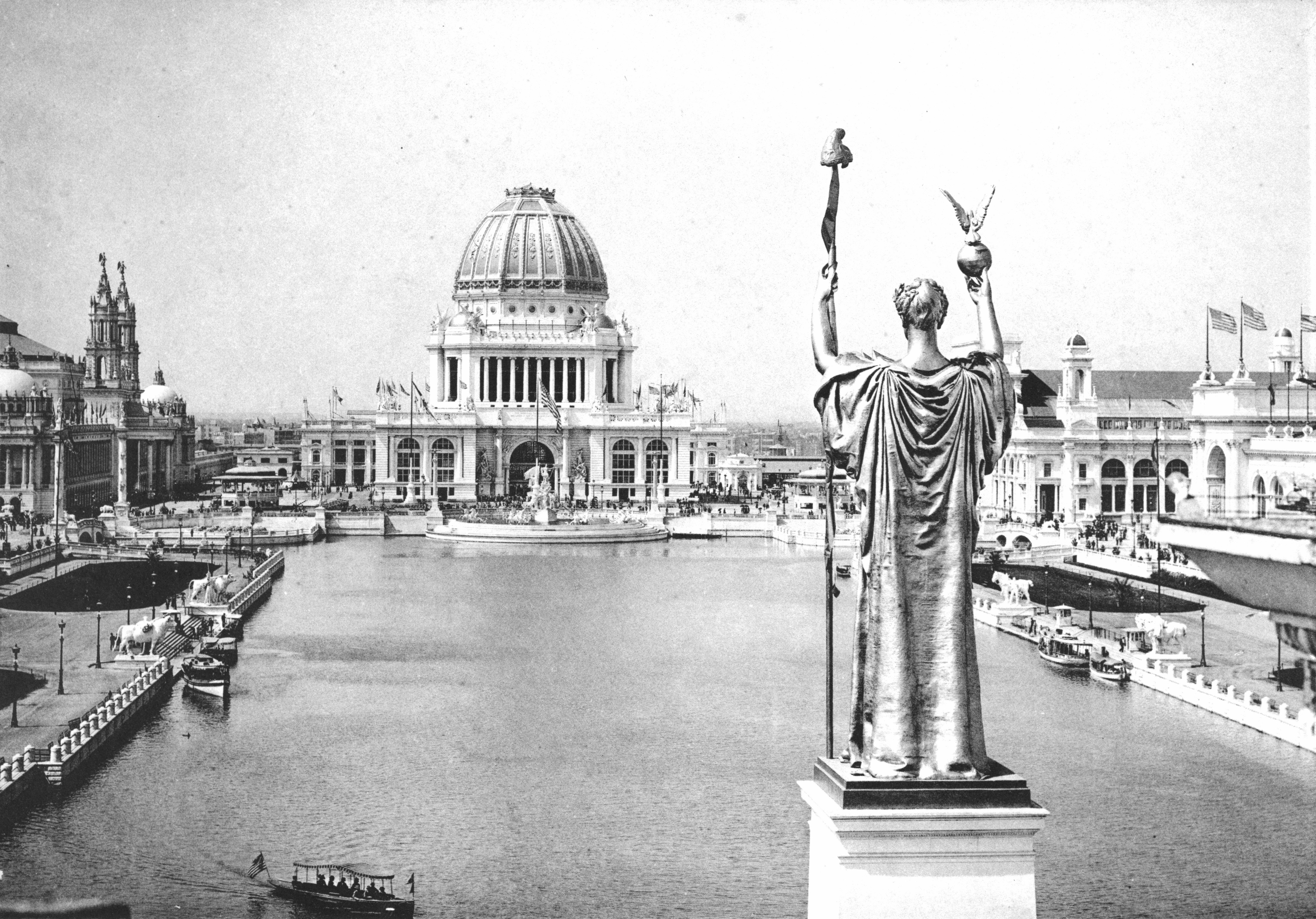 The Republic by Daniel Chester French

His Manhattan strikes the perfect note of boldness with her haughty poise and the winged globe in her hand. The exhausted but triumphant In Flanders Field brilliantly combines the senses of grief and victory necessary for a monument to those killed in World War I. In all of these and more, French managed to convey serenity, self-control, and pride—all of which well justify the remark in one obituary that “it was his representation of America’s best that ensured him a tremendous popularity and has given him a place of honor.” 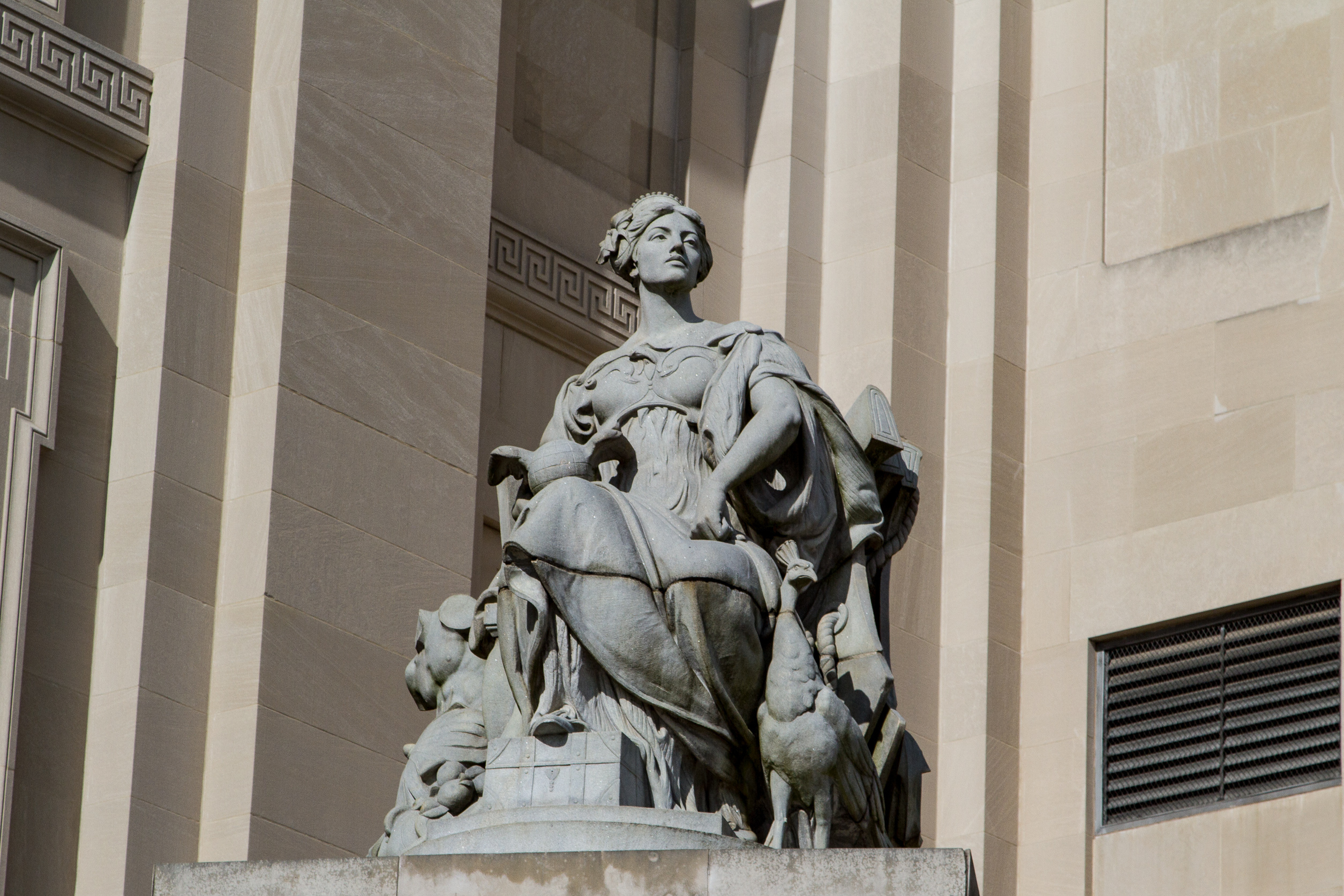 French was frustratingly averse to explaining his sculpture in words. The art, he thought, should speak for itself. Yet his greatest masterpieces are precisely the three sculptures he made in private without commissions, which remain enigmatic today—Memory (1886–87), The Sons of God Saw the Daughters of Men That They Were Fair (1918), and Andromeda (1929). They perfectly express his sense of life, yet they are mysterious, and the viewer—not to mention Holzer—can’t help but wish that French had provided more background about their inspiration. A clue, however, might be found in the answer he gave a reporter who asked for the maxims he lived by. “Look for beauty, not ugliness,” he answered. “Look for goodness, not evil. Look for cheer, not trouble.” In that, Daniel Chester French succeeded brilliantly.

For Daniel Chester French, sculpting was a means of alighting the world with optimism.
Click To Tweet