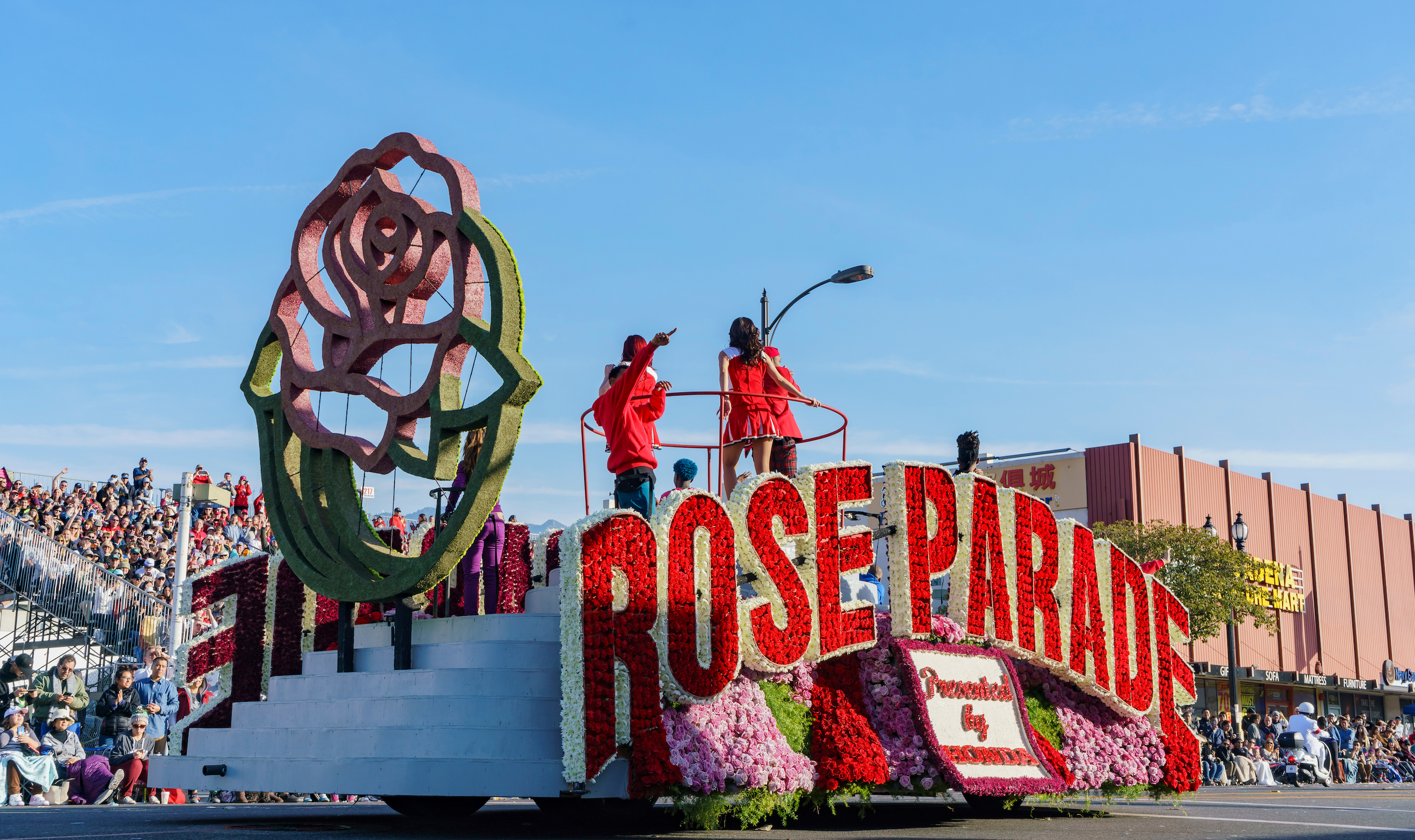 Why Praise the Rose Parade

“Find the good and praise it,” said novelist Alex Haley. That’s not only good advice for authors, but a wise way to approach life, both because gratitude is a key to happiness and because good is rarer than bad. Poverty, ignorance, and hunger are, after all, the default state of human beings—each of whom is born owning nothing but his own life. True, some are born into more advantageous circumstances than others, but creating the values that make life a blessing rather than a curse always requires effort.

Such effort deserves praise. But it’s sometimes easy to forget this—thanks in part to cultural trends that regard ugliness and cynicism as sophisticated and ordinary happiness as unserious. It’s easy to succumb to the notion that work spent creating the value of simple pleasure is wasted—particularly when it’s transitory or, god forbid, “materialistic.”

There’s no better example than the Rose Parade, which began in part as a commercial venture in 1890, when members of the Valley Hunt Club decorated their carriages and drove down Pasadena’s Colorado Boulevard to celebrate the New Year—and to advertise Southern California real estate by emphasizing that flowers bloom in the southland even in winter. It was clever promotion then and still is today: Modern Rose Parade floats, sponsored by companies such as Honda and Dole, cost at least a quarter million dollars each and enjoy coverage on multiple networks every January 1. That’s a good return on the advertising dollar, and it creates demand for such firms as Fiesta and Phoenix to spend the entire year building mechanized floral sculptures at a cost of some eighty thousand man-hours of labor. Add to that the marching bands and equestrian teams and countless hours spent erecting bleachers, policing crowds, and cleaning up the garbage left behind, and the price is astronomical. All told, one Rose Parade costs more than $9 million and generates only about $7 million (not counting revenue from the Rose Bowl game). All that for just two hours. It’s more fleeting than the flowers themselves.

As with Christmas, there are those who bemoan this “consumerism” and “materialism.” In 2004, when Disneyland sponsored a float depicting one of its new rides, Los Angeles Times columnist Patt Morrison complained about “Disney creep” and quoted one Pasadenan griping that parade organizers had “turned it into a business.” Five years later, San Francisco Chronicle writer Peter Hartlaub wrote that he “despise[s]” the parade for its “commercialism” and its “raging conservative hosts.” The “Pollyanna-ish ‘isn’t-life-grand’ pervasive quality to the float themes and commentary,” he confessed, “do[es]n’t mesh with my sour life outlook.”

Whether or not such criticism is meant as humor, it’s revealing that sourpuss attitudes are so often found alongside the “commercialism” slur. They’re both expressions of contempt toward worldly prosperity and uncomplicated happiness. To anyone accustomed to regard such things as trivial—or to recognize profundity only in gloom—things such as the Rose Parade naturally appear as frivolous. But a little historical perspective makes clear why they aren’t.

Just a century ago, the nation’s per capita GDP was one-sixteenth what it is today. A tenth of American babies died before turning one. Today, only six in every thousand face that fate. Thirty-two million Americans worked on farms, ten times today’s number, and produced a fraction of what today’s farms do. A dozen eggs cost the equivalent of eighty minutes of labor; today, it’s less than five. Electricity was scarce and expensive. Cities stank of horses and soot. Entertainment was a rare privilege and, when available, usually bad. And still conditions were far better in America than in most countries.

Things are hardly perfect today, but the standard of living has risen beyond the dreams of prior generations and continues to rise. Even the poorest in America are better off than the wealthiest elsewhere. Only an inhumane person could shrug at or belittle this immense prosperity—prosperity that means longer and richer lives for more people than ever before. Nobody’s ever had better reason to say “isn’t life grand.” And doing so isn’t Pollyannaish, but a way of celebrating one of humanity’s rarest goods: free and peaceful plenty—not in some future heaven, but here on earth, today.

It may seem audacious to spend $9 million to cheer for two hours at the beauty and creativity of flower-covered dioramas—but it’s emblematic of a society rooted in the values of “domestic tranquility” and “the pursuit of happiness.” Wholesome joy is a rare and precious thing—and Americans found a way to mass-produce it. We owe that to the hard work and foresight of some clever, commercially minded people, including the civic boosters who advertised Pasadena to investors a century ago and, in the process began this American tradition.

View all articles by Timothy Sandefur →
Letter to the Editor
Minding Your Time: Three IdeasTOS-Con 2019 in Park City, Utah
Return to Top