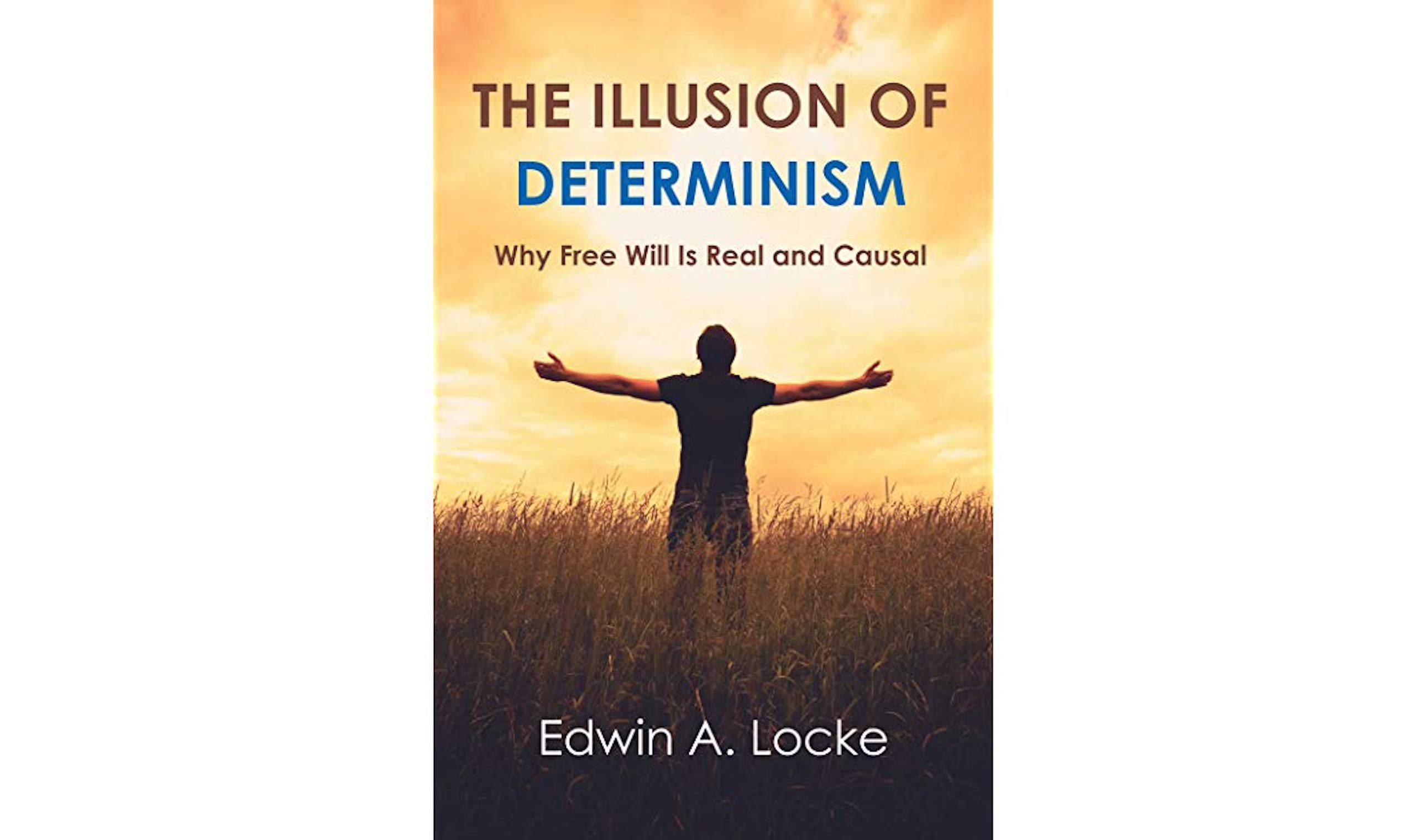 The Illusion of Determinism: Why Free Will Is Real and Causal by Edwin A. Locke

Can humans choose their actions and set the courses of their lives? Or are they passive reactors to supernatural forces or biological impulses? Psychologist Edwin Locke’s concise primer on free will, titled The Illusion of Determinism: Why Free Will Is Real and Causal, is a valuable introduction to this subject.

Locke recounts the history of the subject, beginning with Epictetus and the Stoics and working up to today’s “hard” and “soft” determinists. As he explains, hard determinists deny that an individual makes any choices; supposedly all of his decisions and actions are predetermined by forces beyond his control. By contrast, soft determinists maintain that men are both free and determined to some extent.

Locke discusses Ayn Rand’s identification that the fundamental human choice is to think or not. He demonstrates—as Rand did—that a reasoning mind is necessary for man’s goal-directed self-preservation. . . .

View all articles by Jeffrey Falk →
“Altruism: The Morality of Logical Fallacies” is Now Available in SwedishEnvironmentalists’ Marching Orders for Human Extinction
Return to Top