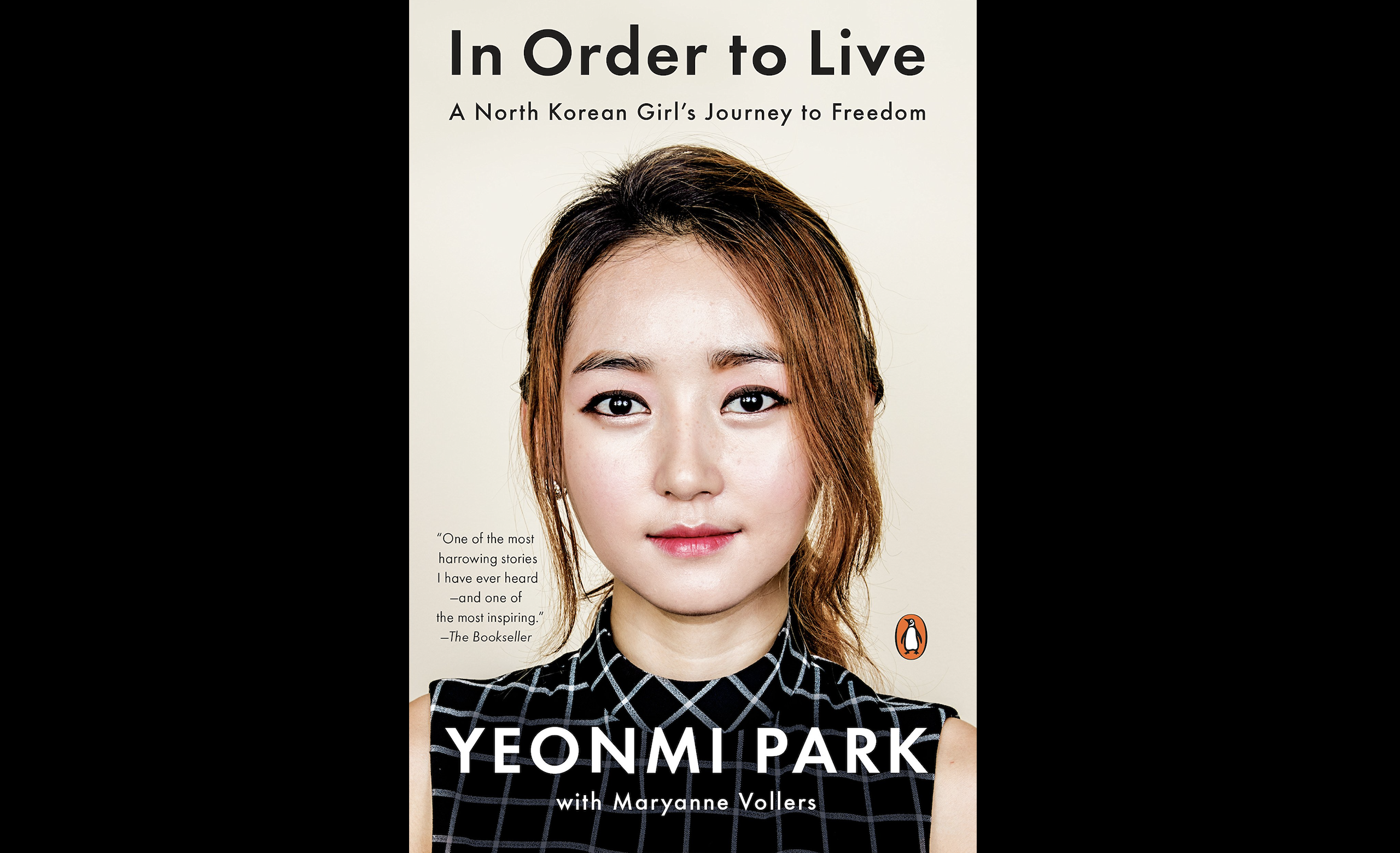 In Order to Live: A North Korean Girl's Journey to Freedom by Yeonmi Park with Maryanne Vollers

Yeonmi Park was still recovering from surgery, an unnecessary appendectomy due to a misdiagnosis, when she and her mother crossed a frozen river to reach China. The river was monitored by North Korean guards. This chilling scene—which captures the desperation of Yeonmi’s escape—is the opening to her autobiography, In Order to Live: A North Korean Girl’s Journey to Freedom. Her journey from North Korea to China, and then to South Korea by way of Mongolia, took more than two years. At the start, she did not yet have the concept of freedom: “I wasn’t dreaming of freedom when I escaped from North Korea. I didn’t even know what it meant to be free. All I knew was that if my family stayed behind, we would probably die” (2–3). The book often reads like a mystery, with Yeonmi as the detective discovering the truth about the world around her. Her account is an intellectual journey as well as an escape story. . . .

Anna Franco is a freelance writer and copy editor. Her self-published fiction includes Hummingbirds in Winter and The Daring Operation of Dr. McDowell: A Play in Three Acts.

1. Later, she became an economics student at Columbia University in New York City.