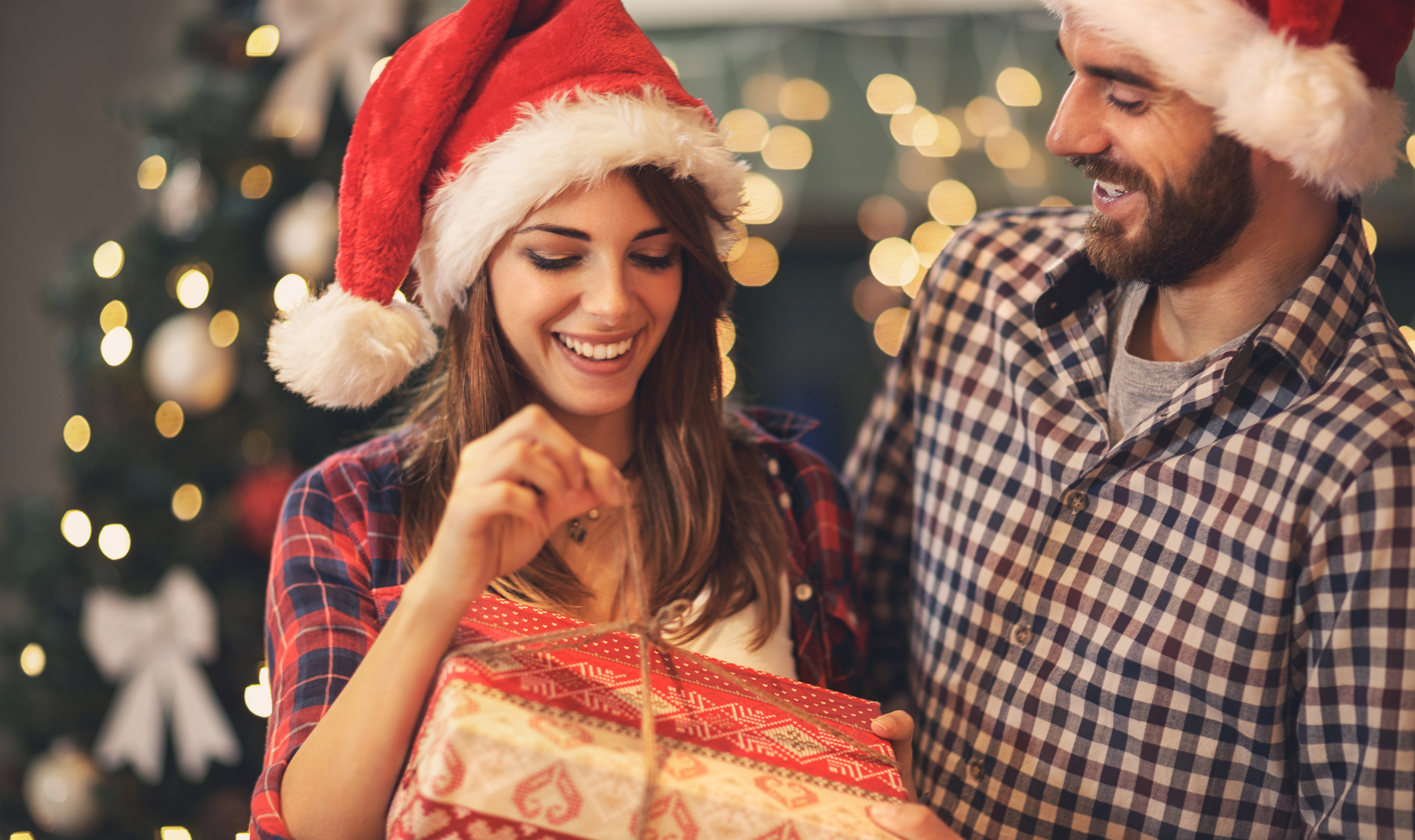 A Dozen Christmas Gift Suggestions for Fans of Ayn Rand

Christmas is less than three weeks away. Maybe you’re panicking about what to get someone on your list, or maybe you’re coming up dry when others ask what you’d like. Here are some less-than-obvious suggestions that may appeal to fans of Ayn Rand—or to anyone who’s intellectually curious and loves life:

1. A Tale of the Wind by Kay Nolte Smith
Smith was a close associate of Rand for several years, and like Rand, she adored the 19th-century romantic novelists, particularly French writers such as Alexandre Dumas, Victor Hugo, and Edmond Rostand. Smith wrote several novels of her own, particularly in the mystery genre, and translated Rostand’s great play Chantecler. But her masterpiece is this epic novel, which spans French history from Hugo’s “Preface to Cromwell” to the opening night of Cyrano de Bergerac. The main character—a hero modeled on those in Hugo’s and Rostand’s writings—is a great artist, and the tale surrounds him and his family as they navigate their love lives, the tumultuous politics of 19th-century France, and the art that means so much to them. A fine romantic novel about romanticism and the values of beauty and life.

2. The Man Who Was Cyrano by Sue Lloyd
Speaking of which, Sue Lloyd’s biography of Edmond Rostand is a little hard to find nowadays, but it’s a superb look at the (tragically short) life of this great author and at his remarkably heroic and idealistic sense of life. In Chantecler, Rostand’s main character is a rooster who believes his crowing causes the sun to rise and who faces down the scorn and ridicule of some of the other barnyard animals. At one point, Chantecler says he knows he’s right because “the forces of darkness rejoice at my silence.” That same sense of defiant idealism pervaded Rostand’s life and works. It’s rare, indeed, to find an artist unashamed to be wholly, spotlessly idealistic, and idealistic about the greatness and potential of humanity. Rostand was such an artist, and Lloyd presents him to us with all of the honor and joy that he deserves.

3. The Ascent of Man by Jacob Bronowski
Bronowski, a Polish-born scientist who became a celebrity on radio and TV in England before moving to the United States in 1964, wrote and narrated this thirteen-hour epic miniseries on the history and philosophy of science. Although dated in some respects, it remains one of the finest documentaries ever made—a masterpiece that celebrates reason, discovery, humanity, curiosity, and the bold innovators who have devoted their minds to the improvement of human life. Bronowski’s eloquence is phenomenal—much of the series was delivered extemporaneously, yet the book version is almost a word-for-word transcript of the show. Bronowski’s paean to the questing human mind will appeal to any devotee of reason.

4. Scriabin: Etudes Complete by Chitose Okashiro
Objectivists generally love the romantic composers such as Chopin, Tchaikovsky, and Rachmaninov. Less well known than these (although he was an acquaintance of Rachmaninov and a devotee of Chopin) is Alexander Scriabin, perhaps the most romantic composer of them all. An eccentric, even disturbed man, he became obsessed late in life with mysticism and the writings of Friedrich Nietzsche and wrote bizarre, atonal music that’s not much fun to listen to. But his early works, especially his etudes and preludes, are among the loveliest and most passionate works ever composed for piano. My personal favorite is Etude in D-sharp Minor, op. 8, no. 12, but they’re all glorious in their own ways, and his Prelude in E-flat Minor, op. 11, no. 11, might well be the “Song of Broken Glass” from We the Living. Of all of the Scriabin performers I’ve heard, Okashiro is the best, in my opinion—her timing and emphasis draw out all of the colors in this ingenious artist’s marvelous works.

5. The Greek Way by Edith Hamilton
For a generation of students, Edith Hamilton provided an introduction to the great works of classic history. Her books, particularly The Greek Way, The Roman Way, The Echo of Greece, and her best known, Mythology, are concise, layman-friendly discussions of what makes the ancient writers such powerful and lasting influences on us. But more: They’re lovely discussions of these ancient writers as individual personalities. Hamilton has been criticized by specialists in ancient history for (allegedly) drawing hasty conclusions or making overly broad generalizations, but her books are meant to be introductions, and she gets the basic points right. Her best book remains The Greek Way, particularly its opening chapters, with their brilliant and accurate meditation on the essential philosophical differences between the death-obsessed, anti-individualistic Egyptians and the reason-focused, philosophical, and (relatively) individualistic Greeks. (She makes a similarly insightful contrast between the realistic Greeks and the romantic Romans in The Roman Way.) This may not be deep philosophy, but it’s essentially accurate history, moving elegy, and insightful celebration of this ancient culture of reason.

6. Uncorrected Papers by Wallace Matson
Matson, a philosophy professor for many years at the University of California, Berkeley, wasn’t an Objectivist, but he was a defender of reason, and an eloquent one, at a time and place when that wasn’t exactly popular. Author of an elegantly written, easy-to-follow, two-volume history of philosophy, as well as books on sentience, arguments for God, and what he called “grand theories,” Matson’s lesser-known anthology Uncorrected Papers is an excellent overview of his thought. Particularly keen are his refutations of John Rawls and his reasons why Thales of Miletus was his favorite philosopher. Objectivists will find much to enjoy in—and even where disagreeing, much to learn from—this book.

7. Break, Blow, Burn by Camille Paglia
Frequently I am asked to suggest a book on poetry by people who want to know more about it and to enjoy it but are intimidated by the prospect of wading through so much bad poetry to find the good stuff. I tend to recommend three: Dana Gioia’s Can Poetry Matter?, Ted Kooser’s Poetry Home Repair Manual, and this book, in which Paglia takes forty-three poems from the olden days to the 1960s and explains in brief essays why they’re good, significant, and meaningful. In reading these books you’ll meet poets you’ve heard of before, but you’ll also encounter good works you might not know, and Paglia’s critiques are solid and thought provoking. One might quibble with some of her selections, (of course!), but the book strikes a great balance between instruction and enjoyment for the layman. (And whereas Kooser’s book is really for poets trying to improve their writing, and Gioia’s is a collection of essays reflecting on some controversies about poetry, Paglia’s is specifically intended for the layman who doesn’t know much poetry.) By the way, a few specific poets that fans of Ayn Rand might like are A.E. Stallings, Richard Wilbur, Melville Cane, and Robert Hayden.

8. American Visions by Robert Hughes
Sadly, the documentary series from which this book is drawn was never made available on DVD (you can find some episodes of it on YouTube, though). But this book is a gorgeous collection of American art from the discovery of the New World to the present day by one of America’s most prominent and most eloquent art critics. Author of several books and host of several shows about art—including the very fine Shock of the New—Hughes was witty, ingenious, and insightful, and he (usually) didn’t suffer fools gladly. (His takedowns of charlatans, such as this one of Jeff Koons, are not to be missed!) True, he did accept some frauds as legitimate artists, most egregiously the awful Louise Bourgeois, but for the most part his artistic judgment was remarkably sound, and it was always instructive.

9. Bad Blood by John Carreyrou
This book reads almost like a novel, and a didactic one, about the dangers of trying to pull one over on reality. Yet it’s a true story—a saga of fraud, or something perhaps worse: the willful blindness to the distinction between truth and falsehood, the perverse hope that reality can be bullied or bluffed into somehow doing what we insist. Carreyrou’s crack reporting on the way the Theranos company kept promising it could deliver a blood-testing product that never existed, and then doubling down on that promise, helped expose the firm as a sham. And the tale is every bit as dramatic as you could imagine.

10. The Terence Rattigan Collection
Terence Rattigan was a mid-20th-century playwright of great subtlety and grace whose works center resolutely on individual choices. What makes him unique is the way his plays often balance the whole action on a single, tiny act or decision by a character. In Separate Tables, for example, the entire play turns on a character’s decision to move from one table to another in a dining room. Likewise, The Browning Version turns on a small gift that a student gives to his tutor. The elegance and moral insight of Rattigan’s literature well justifies the high praise he received in The Objectivist in 1971 (in an article by the aforementioned Kay Nolte Smith). To celebrate Rattigan’s centennial, the BBC issued this five-DVD boxed set, which includes such masterpieces as The Browning Version, Separate Tables, The Winslow Boy, and Deep Blue Sea, starring such notables as Judi Dench, Colin Firth, and even Sean Connery. These are the opposite of action movies—but they’re masterpieces your friends may enjoy.

11. Joy or A Most Violent Year
I reviewed these films a couple of years ago. Whatever their flaws, they’re still excellent movies, and they’re among the rarest things in Hollywood: films that honor the hard work and dignity of the businessman, or in Joy’s case, businesswoman. (Another example of this scarce genre is Executive Suite.) Any of them would make a great double feature with The Fountainhead.

12. Ki Ho‘alu by Makana
I’ll go out on a limb on this one, but one thing Objectivists prize in music—all art, really—is a “benevolent sense of life,” meaning a mood or emotion of positivity, freshness, and of the significance and rightness of living. That doesn’t mean Objectivists like only happy music (far from it) or “deep” music such as symphonies. Art that expresses value in beauty and the experience of being alive contributes to our sense of efficacy and can simultaneously relax and inspire us. Objectivism also places a heavy emphasis on craft—on melodies that communicate meaning and on the creative work of composers and performers of great skill. You can find these qualities in all sorts of musical styles—classical, jazz, rock and roll, country—but one style not many people know about is slack-key (or “ki ho‘alu”) guitar, a unique style of playing with unusual tunings that developed in Hawai‘i during the late 19th and early 20th centuries. It’s a blend of influences—everything from ragtime to Victorian marching-band music to flamenco—with a heavy emphasis on melody and on a quality the Hawaiians call nahenahe: the swaying rhythms of the sea. Today’s stylists have gone in many different directions with the genre. My favorite artist in this genre is Keola Beamer, whose soothing albums Kolonahe, Mauna Kea: White Mountain Journal, and Tales from the Dream Guitar are lush and gorgeous. But for those new to the style, the best place to start is this album by Makana, which covers everything from the almost hypnotic beauty of “Blue Dolphin Song” to the upbeat fun of “Moana Chimes” to the moving anthem “Ahe Lau Makani.” A great introduction to this lovely art form.

Whether you’re picking up something for a friend or considering something for yourself, these gifts are likely to provide great enjoyment and have a lasting impact. Check them out, and have a great Christmas!