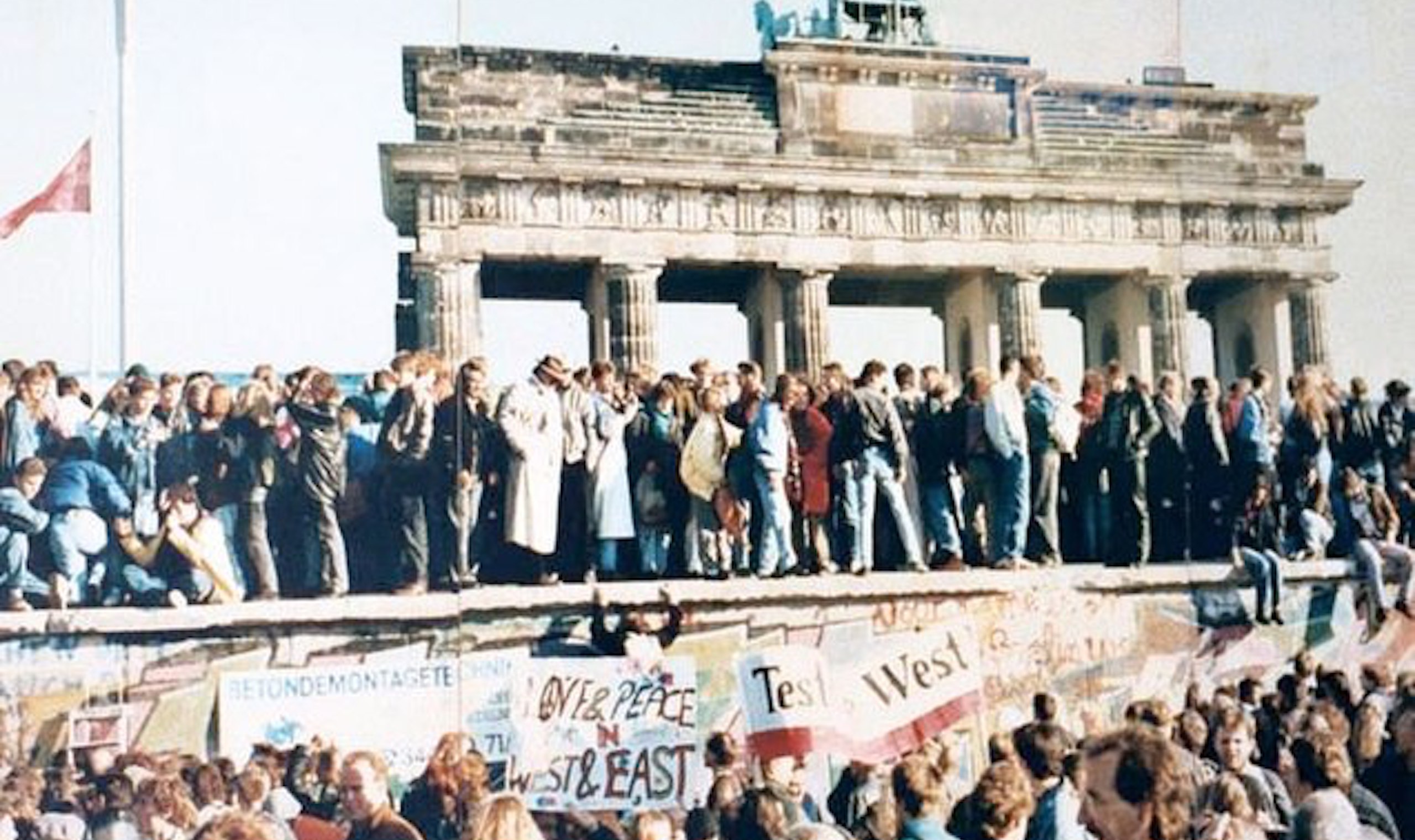 Remember, Remember, the Ninth of November

After World War II, Germany was split into four occupation zones, controlled respectively by the four allied powers: the United States, the United Kingdom, France, and the Soviet Union, which was the heart of Marxism under Joseph Stalin. Berlin, the capital of Germany, was deep inside the Soviet zone but was likewise split into four occupation zones. In 1948, Soviet authorities began transferring administrative power to German socialist and communist leaders. On October 7, 1949, the communist-controlled government of East Germany—the German Democratic Republic (GDR)—was officially established.

The government’s grip over the lives of East Germans soon tightened, and the country suffered a brain drain as a result. By 1960, 3.5 million East Germans—about 20 percent of the country’s population—had fled.1 In response, the GDR built heavily fortified walls. In stages between 1952 and the late 1980s, it built the Inner German Border, an 866 mile barrier stretching from the Baltic Sea to Czechoslovakia. On August 13, 1961, the GDR began construction of the “Anti-Fascist Protective Wall,” known to us today as the Berlin Wall, which separated East and West Berlin. Although the GDR claimed that the purpose of these walls was to keep out “Western fascism,” their true purpose was clear—to keep East Germans in.

In order to fortify the wall in Berlin, the eighty-seven mile barrier went through various iterations. In June 1962, a second fence was added 110 yards into the East German side, and everything between the two barriers was razed to the ground, creating a clear shooting range for East German guards that became known as the “death strip.” Nonetheless, life in communist GDR was so bad that people continued to risk their lives to flee. Some were shot. Others were chased down by trained dogs. Between 1961 and 1989, an estimated five thousand people attempted to cross the barrier to West Berlin—to freedom.2

As has every iteration of Marxist collectivism, East German communism succeeded only at destroying human life. Although the government planned everything from how much should be manufactured to the number of calories each citizen was allowed per day, the promised “utopia” never came to fruition. Consequently, the GDR lost any shred of moral authority.

As the communist party crumbled, it finally loosened its grip on East German citizens. On November 9, 1989, GDR media chief Günter Schabowski announced “Today, the decision was taken that makes it possible for all citizens to leave the country through East German border crossing points.”3 After twenty-eight years, the virtual prison created by the Berlin Wall was opened, and Berliners—East and West—rejoiced. One reporter wrote that “scores of young West and East Germans climbed to the top of the wall to greet each other and celebrate. Some used small hammers and chisels to chip away at the wall. Fireworks exploded over the Kurfüerstendamm, West Berlin’s main boulevard, in an impromptu street festival that lasted into the early hours of the morning,” and “the West German parliament broke into spontaneous singing of the national anthem when it heard the news.”

November 9 will forever mark a triumph for freedom and a reminder of the horrors of collectivism.

View all articles by Jon Hersey →
Letter to the Editor
Seeking Your Thoughts on a Name for My PodcastDr. Joseph Warren: Architect of the Revolution