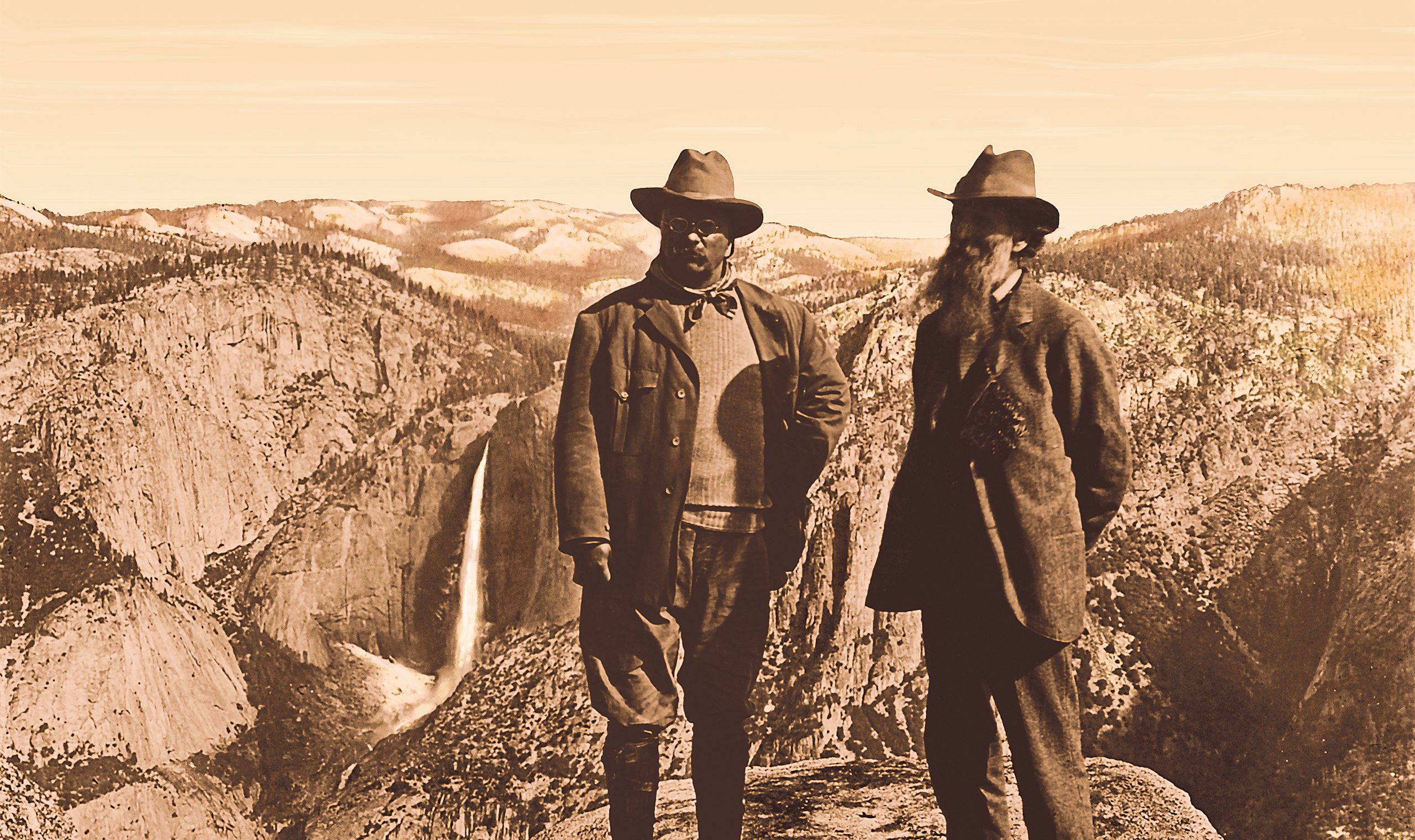 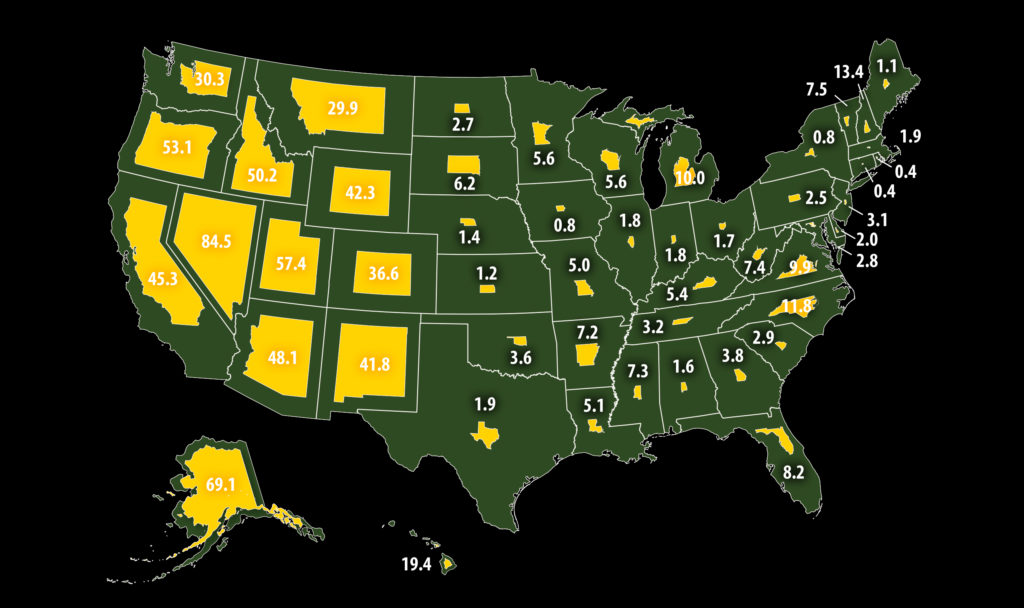 Today, in the “land of the free,” @forestservice @NatlParkService @USFWS @BLMNational control 28% of U.S. land. How has a vast wealth of resources that could enrich our lives become a collection jar that never stops going around?
Click To Tweet

We’re told that these public lands are necessary to ensure that America’s resources are used wisely, the thought being that if left to their own devices, people will shortsightedly wreck these resources. The Joni Mitchell song “Big Yellow Taxi” encapsulates this view, warning us about people who “paved paradise and put up a parking lot.” Those same people also

Interestingly, these lyrics succinctly describe an incident from the 1850s involving a tree that was cut down on public domain land—an incident that lifelong National Park Service (NPS) employee William Everhart credits for giving the nascent American conservation movement “a sense of purpose.” . . .

View all articles by Jon Hersey →
Letter to the Editor
The Mind-Based Etymology of ‘Capitalism’From the Editor, Winter 2018–2019

6. I refer to public domain land that is not managed or regulated as as-yet unowned land. I do so because nothing and no one constrains its usage: not property rights, not government functions or decrees, and not bureaucrats. It is unowned because what is everybody’s is nobody’s.

10. Successfully establishing a homestead under the act was no easy feat. Settlers had to show proof of having improved their land claims, they had to live on the land for five years, and they had to complete the process within seven years. Gates reports that “For the country as a whole, slightly less than 50 per cent of the original homesteads were carried to patent.” See Paul Gates, The Jeffersonian Dream, “The Homestead Act: Free Land Policy in Operation, 1862–1935,” 48.

13. Woodrow Wilson, “What is Progress?,” in American Progressivism, 50.

14. Theodore Roosevelt, “Who Is a Progressive?,” in American Progressivism, 36.

26. Fox, John Muir and His Legacy, 108. Although Wells wrote this after Niagara Falls was made a park, he captures the general stance of conservationists before the park was established.

The Use of the Antiquities Act of 1906,” National Park Service: History E-Library, https://www.nps.gov/parkhistory/hisnps/npshistory/righter.htm, (accessed June 20, 2018).

44. This was a phrase used by Progressive president Franklin Delano Roosevelt.

47. Turner, “The Significance of the Frontier in American History” in American Progressivism, 85–86.

52. Michael McGerr, A Fierce Discontent: The Rise and Fall of the Progressive Movement in America (New York: Oxford University Press, 2003), 167–68.

57. Rocío Lower, “How Many National Parks are There?” National Park Foundation, October 16, 2016, https://www.nationalparks.org/connect/blog/how-many-national-parks-are-there; In addition, the Bureau of Land Management (BLM) controls 248 million acres, an area the size of Egypt or about 10.5 times the size of New England, and the United States Fish and Wildlife Service (USFWS) controls another 89 million acres—an area bigger than Germany and a little smaller than Montana.