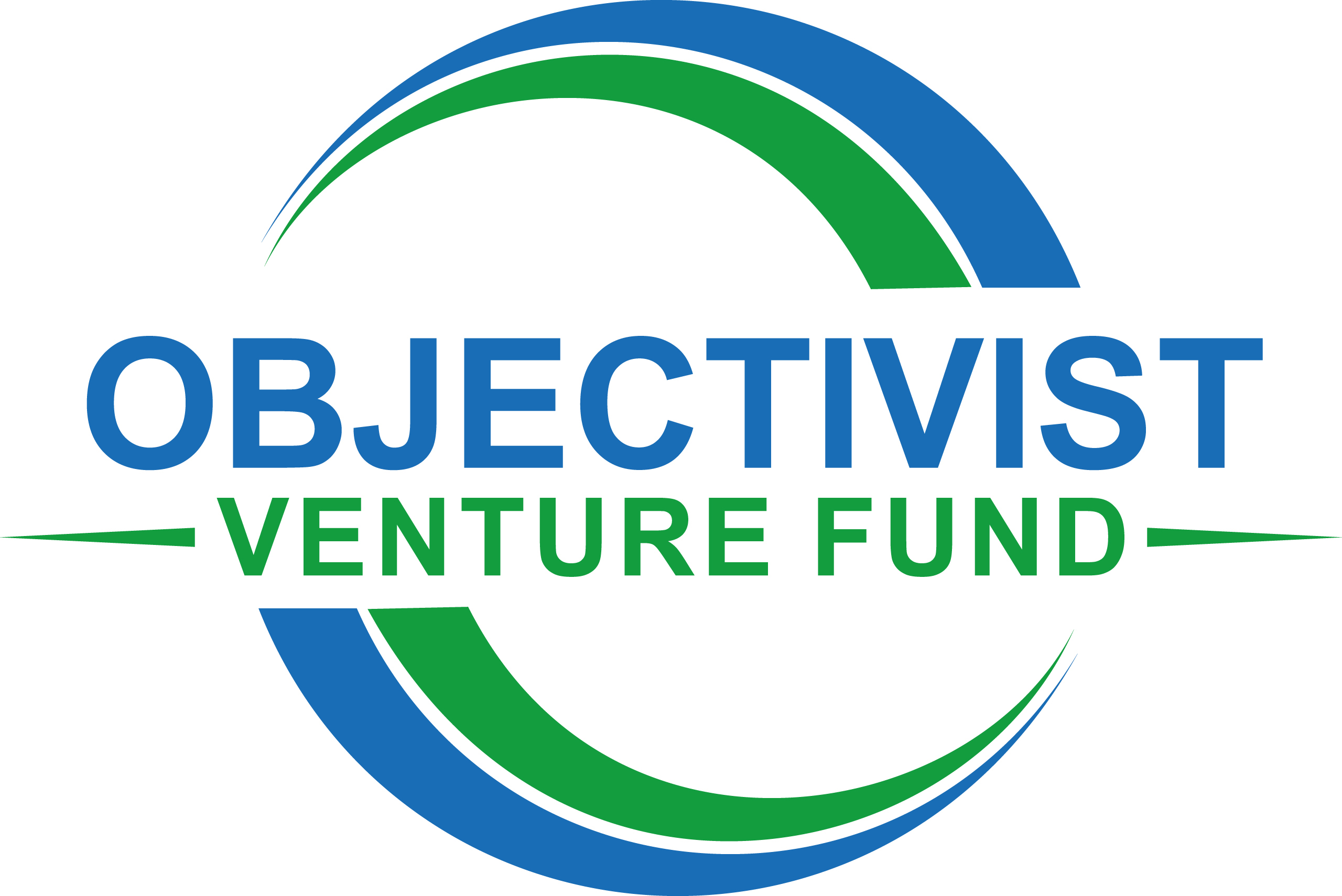 Funds Are Available for Advancing Objectivism: An Interview with Carl Barney

“Money is a great power—because, in a free or even a semi-free society, it is a frozen form of productive energy.”
—Ayn Rand

With this conception of the power of well-placed money, Carl Barney launched the Objectivist Venture Fund (OVF) in 2014. Since then, he has funded many individuals, programs, and organizations. And he wants to fund many more. Indeed, if you have a good idea for a way to advance Ayn Rand’s ideas or the philosophy of Objectivism, he wants to fund your project. Seriously.

I recently sat down with Mr. Barney to discuss the OVF, how the Fund works, and what you can do to get funding and make your idea become a reality. —Craig Biddle

Craig Biddle: Thank you for making time for this interview, Carl. I’m excited to chat with you about your Objectivist Venture Fund (OVF).

Carl Barney: My pleasure. I’d like more people to know about the Fund.

Biddle: The OVF is such a vital project, and I suspect that, once people hear about it, many will be interested in applying for an OVF grant (or letting their friends know about this amazing opportunity). Having received funding from the OVF for both The Objective Standard and TOS-Con, I’m personally aware of how important and helpful such funds can be—and how easy it is to apply for them.

Let’s start with an overview. What is the Objectivist Venture Fund?

Barney: It’s a Fund I’ve established to provide seed money or support money for projects that promote Ayn Rand and Objectivism. If someone has an idea that could advance Ayn Rand’s ideas, and if they’re thinking, “If only I had money, I could make this happen”—but that’s as far as they get—a grant could be the means of making it happen.

I’m looking for Objectivists with good ideas and projects that will bring Rand’s works and the philosophy of Objectivism to more people, or help people to understand the ideas more deeply. So, if you’re an Objectivist, and if you have an idea or project along these lines, I would like to hear about it. If it makes sense and will promote Ayn Rand and Objectivism, then the OVF will provide seed money to launch the project, and maybe provide follow-up support for a few years. If the project is already underway, the Fund may provide support for expansion or improvement.

Biddle: What are some notable projects that the OVF has funded to date?

Barney: One significant project has been the creation of an Ayn Rand Center in Israel. This began about five years ago, when a talented, ambitious Objectivist, Boaz Arad, approached me with the idea. There was no application process at the time. So it was quite informal. We had dinner, and he told me what he wanted to do. He was passionate about his vision and asked if I’d be willing to fund it. I said yes on the spot. The Ayn Rand Center Israel (which was cofounded by Tal Tsfany, current CEO of the Ayn Rand Institute) is now flourishing. One of its major programs is the annual Ayn Rand Atlas Award for the Best Israeli Start-up. The ceremony is held at the Tel Aviv Stock Exchange, where it’s attended by successful entrepreneurs and covered by major media.

A similar recent project that’s exciting for me personally (since I’m originally from England) is an Ayn Rand Centre in the United Kingdom, now being launched by Razi Ginzberg. This is exciting in its own right, but also quite timely, as the UK Department of Education recently added some of Ayn Rand’s works to the curriculum for A-Level Politics, which is taught in secondary and pre-university schools (where students are sixteen to eighteen years old).

I’m also pleased to fund the annual Ayn Rand Lecture at the Adam Smith Institute (ASI), a prestigious, well-established think tank in the UK. They call themselves an “action tank,” and they promote free markets and capitalism in the UK and around the world. This Ayn Rand Lecture is their major event of the year; ASI brings in two or three hundred highly-educated, influential people to hear a lecture by a prominent Objectivist. This has been a major promotion of Ayn Rand’s ideas in the UK.

Other ventures the OVF has funded include, in no particular order:

There are many more, but that’s an indication.

Oh, and I should mention the OVF’s Productiveness Program, which is for accomplished Objectivist intellectuals or academics. These people are very busy, writing books and articles, doing research, speaking, and teaching courses. If they had some help or additional time, they could be substantially more productive. The Productiveness Program gives them grant money to hire a research assistant, or an editor, or even someone to clean their home or mow their lawn. This frees up their time to engage in long spells of deep work, to focus on more-productive endeavors, to get that project finished or that book published. This program has helped about six people so far to be more productive. I’m very pleased about it.

Biddle: How many projects has the OVF funded since its inception? And how much money in total has it granted?

Barney: I’ve funded about sixty or seventy projects. Roughly half are approved. If someone has a good idea and explains clearly why it will advance Objectivism, it’s likely to be approved.

That said, the Fund is not for advancing good ideas in general or providing disaster relief. Montessori schools, the Red Cross, and many other ventures may be great organizations, but that’s not what I established the OVF to support. The Objectivist Venture Fund is strictly for promoting Ayn Rand’s works and the philosophy of Objectivism. The Fund has provided about $4 million in grants, loans, and investments.

Biddle: That’s a lot of projects and a lot of money. So, let me ask a question that may be on people’s minds. How is providing such grants consistent with the morality of self-interest? With your self-interest?

Barney: That’s a tricky question! Let’s see if I have a good answer.

It is extremely satisfying for me personally to see good people doing good things and flourishing. I see the immense, life-supporting power of Ayn Rand’s ideas. I get satisfaction from seeing people who love Ayn Rand and who strive to promote her philosophy succeed in their ventures. I get a lot of pleasure out of that.

It’s somewhat like the satisfaction I get from contributing to close personal relationships, but extended more broadly. For instance, you have a romantic partner or family members, and you want to contribute intellectual, emotional, and sometimes financial support so that they can prosper and flourish. Why? Because you love them. It’s in your interest to support the people you love in certain ways. My success in life enables me to extend this to a broader context, and I enjoy extending it. I know that there are good people out there who want to advance Ayn Rand’s ideas. They may not be my personal friends, but they are friends of Ayn Rand. They love her transformative philosophy, they see value in sharing it with others, and they know, as do I, that when more people embrace these ideas, our world becomes a better place to live.

Another way to think of this is that when you read a good book, you want to share it with your family and friends, so they can gain pleasure from the book too. In a similar way, I want others to have the same pleasure and benefits I’ve gained from Ayn Rand’s books and from Leonard Peikoff’s courses. Perhaps it’s a terrible comparison, but Obama said he wanted to “spread the wealth around.” Well, I want to spread the life-serving, philosophical truth around.

Biddle: Ha! I think that’s an illustrative comparison—with the notable difference that, whereas Obama’s mission entails theft and redistribution and hinders producers, yours involves benevolence, enlightenment, and spiritual fuel for producers. Carl Barney for president!

Are there any projects in particular for which you would like to see OVF proposals?

Barney: I’d like to see applications for a project that will create and/or deliver courses on Objectivism using Ayn Rand’s works and Leonard Peikoff’s courses as the base. I’d like to see such courses available in person and on the Internet. This could be a boon in advancing Objectivism.

Also, I’m currently working to create what will be, in effect, a sister fund to the OVF. This fund will provide scholarships to students who want to study philosophy or related fields and ultimately to pursue careers that will advance Objectivism. I want to find and help another Ayn Rand or Leonard Peikoff. If I could help someone with that kind of potential to get started and to focus exclusively on his or her intellectual development, that would make me very happy. So I’d love to see applications for these scholarships, which will be available soon.

Biddle: If someone has an idea for a project but is unsure of whether it’s the kind of thing the OVF might fund, what would you suggest he or she do?

Barney: Think about it. Talk it over with your friends. Read the OVF website. Reread this interview. And ask yourself: Will this promote Ayn Rand and Objectivism? If not, it’s unlikely to be approved. If it’s borderline, as some applications have been, it will be considered and may be funded.

If you’re uncertain, you can either fill out the application—it only takes an hour or so—or contact Jim Brown. Jim is a former CEO of the Ayn Rand Institute, who recently came aboard as CEO of the Objectivist Venture Fund, and he can help you to determine pretty quickly whether your idea is suitable for an application. And once you apply, the approval process is generally pretty quick, usually just a few weeks.

Biddle: Where can people find out more about the Fund or apply for a grant?

Barney: Visit the OVF website (www.Objectivist-Venture-Fund.com), which explains the essentials and the application process. The application is on the website and can be filled out quickly and easily. If you have a good idea, you have nothing to lose—and perhaps an exciting venture to gain. I encourage you to apply!

Biddle: I second that motion. And I thank you for your time—and for all you do to promote Ayn Rand’s works and Objectivism, Carl. You are one of a kind.

View all articles by Craig Biddle →
Objectivism, Career Transitions, and Standing Orders: An Interview with Craig BiddleThe Need for Philosophy in the Islands of the Blessed
Return to Top