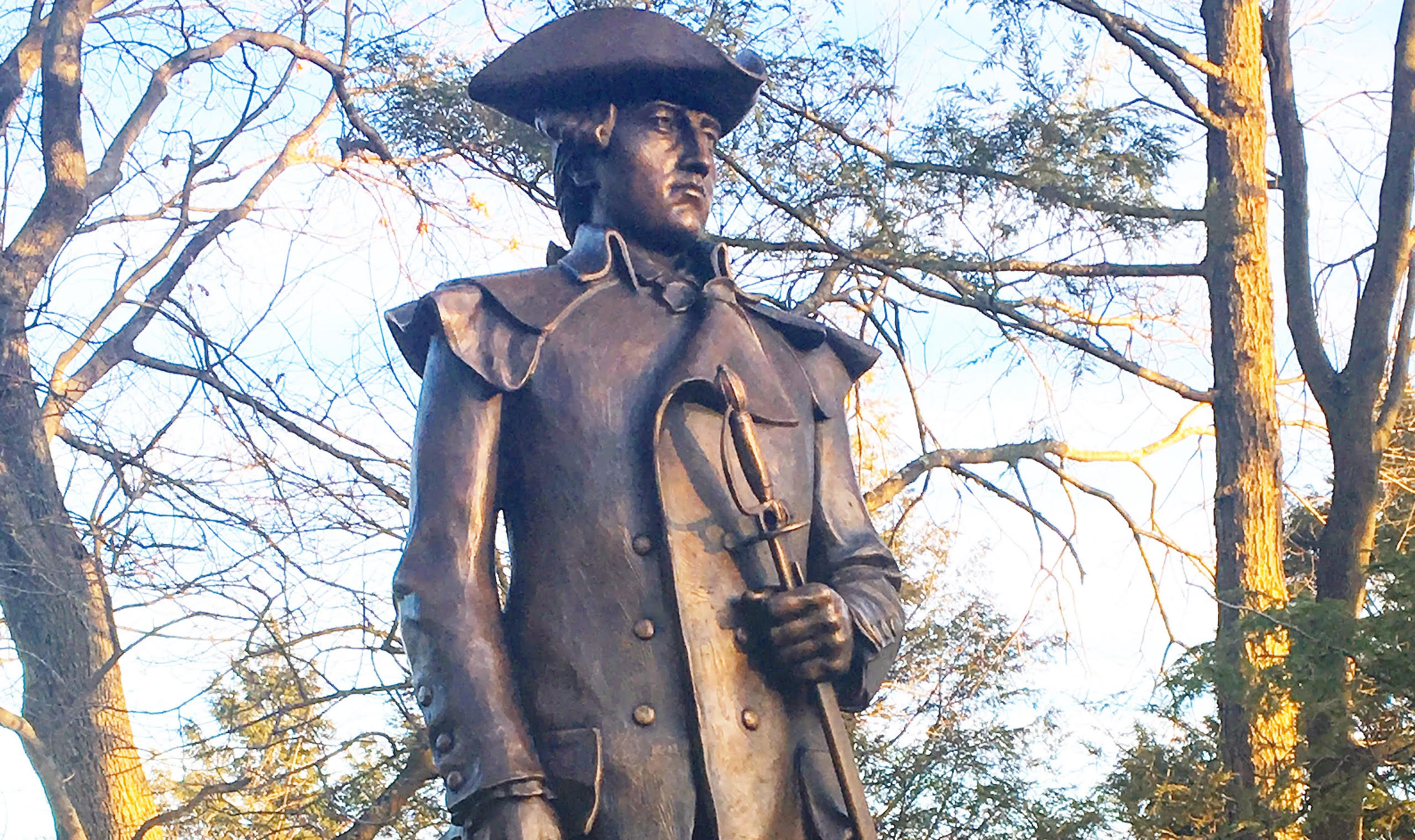 Now is no time for any of America’s children to shrink from any hazard. I will set her free or die. —Dr. Joseph Warren1

Writing about America’s founding fathers, philosopher Ayn Rand said, “as a political group, they were a phenomenon unprecedented in history: they were thinkers who were also men of action.”2

Nobody embodied that description better than Dr. Joseph Warren. Not only was he an able doctor, but Warren was a rare patriot leader who possessed the brilliance and eloquence of a Thomas Jefferson combined with the leadership qualities and physical courage of a George Washington. As John Adams said of him, “Warren was a young man whom nature had adorned with grace and manly beauty, and a courage that would have been rash absurdity, had it not been tempered by self-control.”3 These qualities prompted British General Howe to claim that Warren’s life was equal to five hundred ordinary colonials. Lord Rawdon, a British commander, called him “the greatest incendiary in all America.”4 President Ronald Reagan quoted Warren in his first inaugural address and said he “might have been among the greatest of America’s founding fathers” had he not fallen in battle at Bunker Hill.5

Although America’s founders generally are well known, and everyone knows of Paul Revere’s “midnight ride,” few know the pivotal role that Joseph Warren played in the decade leading up to the decisive day of April 19, 1775—a role that included the decision to send Revere on his famous ride. Warren was an architect of the rebellion and was involved in every major insurrectionary act and event in Boston in his day. His prolific writing included the Suffolk Resolves, which united the colonies against Britain and inspired the Declaration of Independence. From the fall of 1774 to the spring of 1775, Warren almost single-handedly directed the patriots’ efforts in Boston while other leaders such as Samuel Adams and John Hancock were away at the Continental Congress in Philadelphia.

Warren not only talked the talk; he helped to build, lead, and fight in America’s newborn military. He fought in the nation’s first two major Revolutionary War battles, and he was killed at the Battle of Bunker Hill on June 17, 1775, at the age of thirty-four. A few weeks after the battle, George Washington—nine years Warren’s senior—arrived in Boston to take command. When he surveyed the spot where Warren fell, he told the Boston patriots, “this is where you lost your Commander-In-Chief.”6 . . .

View all articles by Tom Malone →
Letter to the Editor
Remember, Remember, the Ninth of NovemberObjectivism, Career Transitions, and Standing Orders: An Interview with Craig Biddle

7. After witnessing the devastation that the deadly disease of smallpox caused, which included his own four-year-old son Franky, Benjamin Franklin set out to do something about it. In 1759, he sought out the prominent Doctor William Heberdeen of London for advice. Together, Heberdeen and Franklin sought to systematize the process of inoculation so that it would scale to large numbers of people. Warren followed their regimen with great success at Castle William.

13. Joseph Warren and Samuel Adams, “A Report of The Committee of the Town of Boston,” March 1770.

14. Warren and Adams, “Report of The Committee of the Town of Boston.”

36. Much of the material in this section comes from my earlier article, “Act Worthy of Yourselves: Joseph Warren on Defending Liberty,” The Objective Standard 13, no. 2 (Summer 2018). I repeat it here because it is essential for understanding Warren’s achievements.

37. Cato, a Tragedy, written by Joseph Addison in 1712, tells the story of Cato the younger, who resisted the tyranny of Julius Caesar and thus became a symbol of republicanism and liberty.

44. In late June of 1775, a letter from Benjamin Church to Thomas Gage was intercepted and reported to George Washington. Washington had Church arrested and tried for treason. He was court-martialed, convicted, and sentenced to life in prison.

49. Joseph Warren, “To the Inhabitants of Great Britain,” April 26, 1775, http://www.digitalhistory.uh.edu/active_learning/explorations/revolution/account6_lexington.cfm.

52. “The Battle of Bunker Hill and the Death of General Warren,” Tioga Eagle (Wellsboro, Pennsylvania), August 21, 1839.

58. This account was from theMorning Chronicle, London, July 29, 1775, based on a letter from a British officer who was a witness.This account is consistent with recent forensic analysis showing that Warren was shot in the face at close range, as outlined in appendix 3 of Samuel Forman’s biography of Warren.