What Justice Demands: America and the Israeli-Palestinian Conflict by Elan Journo - The Objective Standard 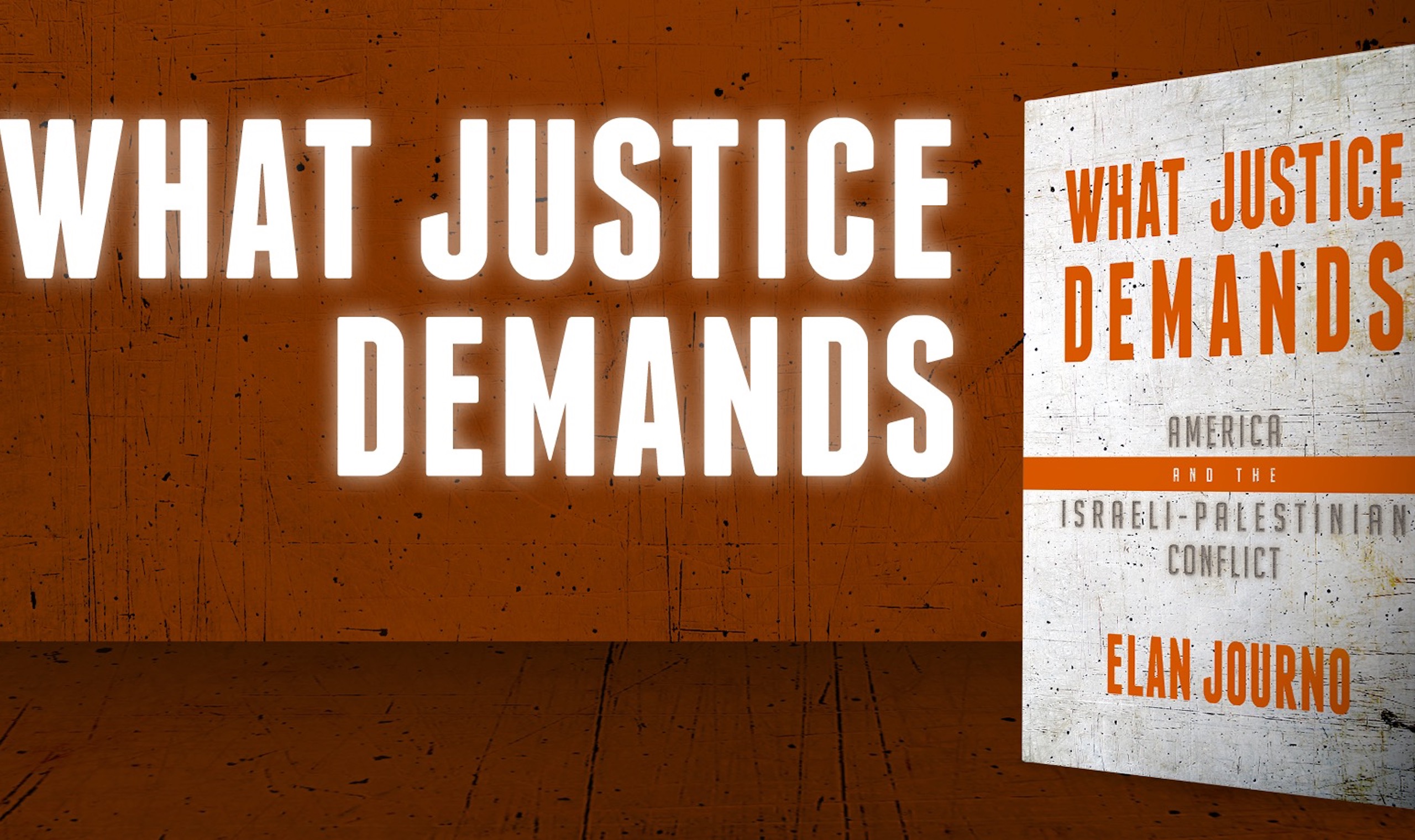 What Justice Demands: America and the Israeli-Palestinian Conflict by Elan Journo

In What Justice Demands: America and the Israeli-Palestinian Conflict, Elan Journo offers a fresh analysis of that conflict and of America’s role therein. The book surveys the history and major events of the struggle, addresses grievances and arguments put forth by both sides, and offers moral evaluations of the parties involved. As Journo declares at the outset of the book, “Something crucial is lacking from the public discussion of what America’s approach [to the conflict] should be. What’s missing is a frank moral evaluation of both adversaries and of America’s role in the conflict. That moral assessment is what this book offers” (xi).

Journo observes that people tend not to make frank moral evaluations of Palestine and the Middle Eastern regimes that support it against Israel, and he offers an explanation as to why: “Call it the Underdog Premise. . . . [This] premise tells us that we owe not only our sympathy but our moral backing to the weaker, neediest, most suffering side” (7). He discredits this premise, offering several clarifying examples of its implications, and then turns to the staggering moral, political, and economic differences between Israel and its enemies in the region.

Journo shows that Israel is a relatively free and rights-respecting country, whereas Palestine and the Middle Eastern countries that support it (such as Egypt, Saudi Arabia, and Iran) all are either religious dictatorships or monarchies that violate rights on a massive scale. This, Journo explains, is why Israel is such an outlier in the region. And he homes in on an essential trait that is common to the Middle Eastern regimes: “religious subjugation of the individual” to the point that any criticism of the rulers is brutally punished (57). He contrasts this with Israel’s government, which not only allows and welcomes criticism from its citizens and residents, but also subjects its own practices to legal scrutiny.

Journo lays out a litany of claims made by and about the Palestinians. For instance, he writes:

Since the founding of Israel, Palestinians have been dispossessed; many have been expelled from their homeland, with hundreds of thousands exiled as refugees; many have been living under occupation; and they are continually denied their rights.

These broad charges—dispossession, expulsion, occupation, denial of rights—are crucial Palestinian grievances, they’re widely known, and they’re hard cases. You can hear these charges invoked by leaders of the Palestinian movement, its followers, and its sympathizers. (77)

He provides a detailed analysis of such charges, arguing that “these grievances cannot explain (let alone justify) the ‘armed struggle’ carried out in the name of the Palestinian cause. They fail to explain what animates the Palestinian movement” (136).

Journo examines the movement’s various incarnations, from its origins to the present day. And he offers an analysis of the nature, goals, and actions of the Palestinian movement that contrasts sharply with commonly accepted views. He argues:

In the penultimate chapter, titled “What Justice Demands,” Journo integrates the essential facts of the conflict and arrives at well-supported moral conclusions. Incorporating Ayn Rand’s principles that the requirements of man’s life constitute the objective standard of morality—and that man’s basic social requirement is freedom—Journo argues that these moral conclusions are not matters of opinion, but matters of fact. “Israel is basically free” and thus conducive to human life. “The Palestinian movement, by contrast, is hostile to human life and freedom” (181).

In the final chapter, “How Our Approach Must Change,” Journo lays out his prescription for the United States in regard to the conflict. Citing ample evidence from the last four presidential administrations, he argues that U.S. foreign policy toward the Middle East consistently sells out good people “who genuinely seek freedom” and “enables and encourages monsters” such as Palestinian terrorists, jihadists, and the regimes that support them (195).

What Justice Demands provides much-needed clarity on this long-standing conflict and its global ramifications. The book is also, and for the same reason, a lucid and passionate affirmation of the sanctity of individual liberty. If you want clarity and love liberty, pick up a copy.

View all posts by Julian Hook →
Today Is the Last Day to Vote for Atlas Shrugged in “The Great American Read” ContestThe Bitcoin Standard: The Decentralized Alternative to Central Banking by Saifedean Ammous
Return to Top