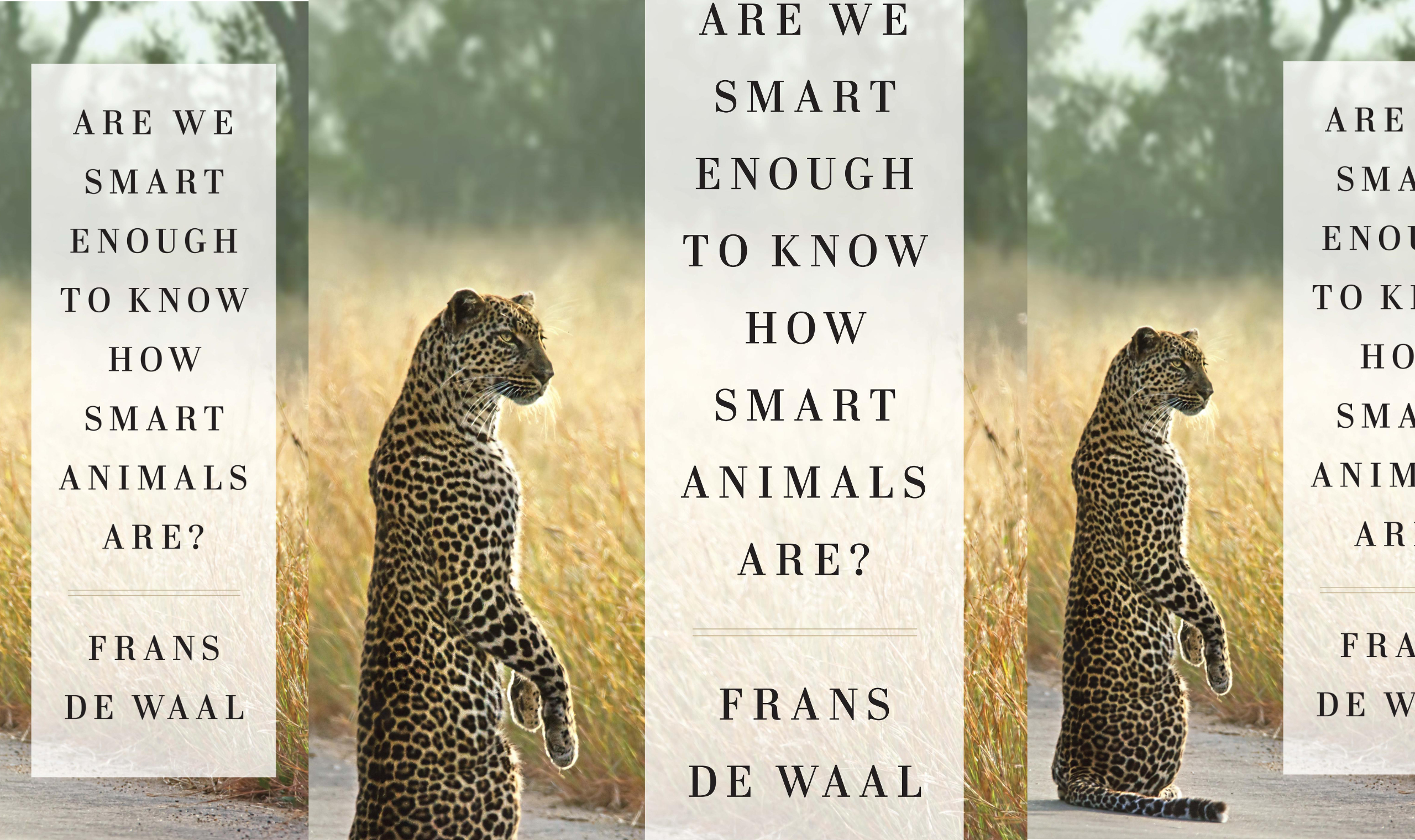 Are We Smart Enough to Know How Smart Animals Are? by Frans de Waal

As the adoring owner of two mutts, I’m often impressed by their apparent intelligence. They seem perfectly capable of telling me when they want to eat, or go potty, or play. And although neither is a match for Chaser, the border collie who remembers the names of more than one thousand toys and can retrieve them on command, they do seem able to differentiate between “get the bug” and “get the bee.”

Yet, as the 2017 book by Dutch-American primatologist Frans de Waal shows, the significance of such behaviors has been (and is still being) hotly debated by scientists. For instance, scientists have both supported and denigrated the idea that animals have intentions—whether to lure owners such as me into a game of fetch, or into “accidentally” dropping some food—or anything cognitively complex enough to be called “intelligence.”

In Are We Smart Enough to Know How Smart Animals Are?, de Waal combines his vast knowledge of the history of behavioral and cognitive science with findings from recent lab and field work and stories accumulated during a career of more than forty years into a flowing, enjoyable, enlightening book on animal—including human—intelligence. . . .

View all articles by Jon Hersey →
Designing Your Life around Your Values and DesiresThe Overarching Integration: Values as Goals in Service of Life

1. I’d like to thank Carrie-Ann Biondi for her insight on the following points relating to Aristotle and his ideas on biology.

2. Note the idea that de Waal attributes to Aristotle, the scala naturae, is Latin—not Greek—for “ladder of being.” First, Neoplatonists co-opted Aristotle’s system, putting Plato’s disembodied “perfect forms” at the top, which St. Augustine later supplanted with the God of Christianity, adding angels and such. Given these corruptions, it’s no wonder that de Waal “cannot think of a single profound insight it has yielded.”