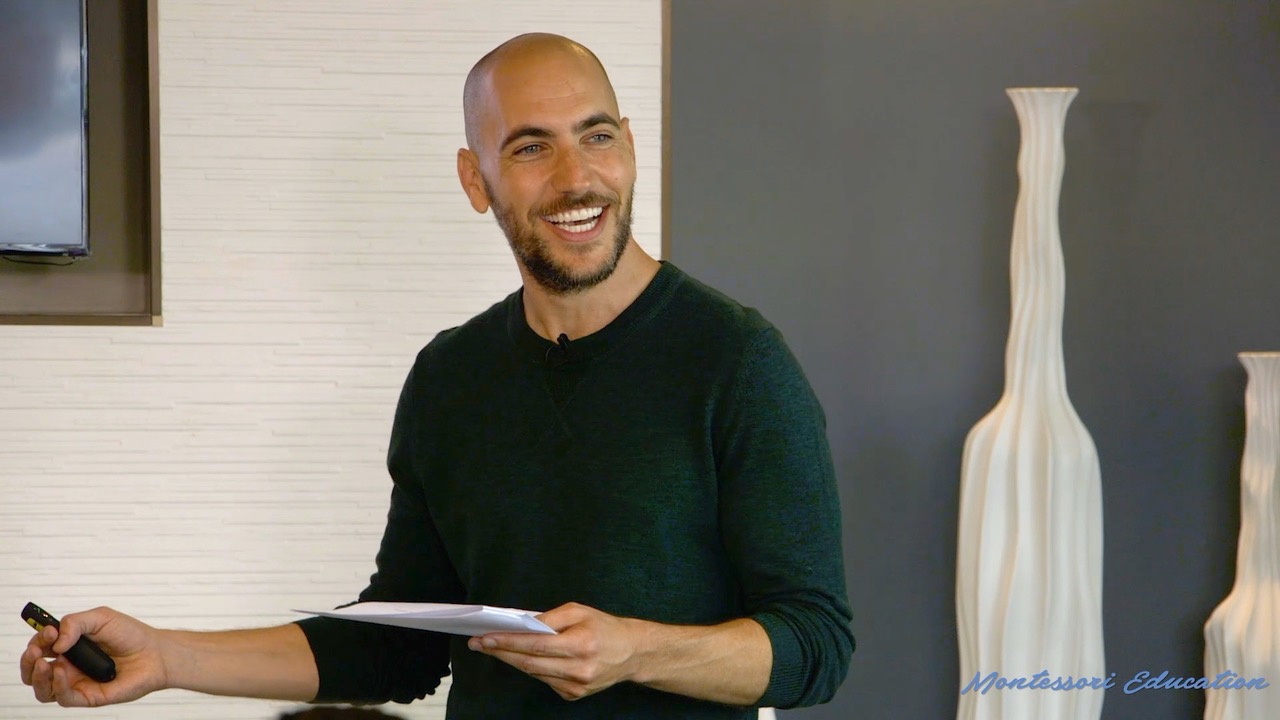 Jesse McCarthy on Montessori and Independence

I sat down with the popular educator Jesse McCarthy to pick his brain about Montessori education and how it helps children develop independence—both in school and at home. McCarthy formerly taught elementary and junior high students, later becoming head of school and an executive at LePort Schools—a nationwide chain of private preschools and K–8 schools. Jesse now heads the organization Montessori Education. I’m particularly excited to interview Jesse because, along with his wide-ranging experience in education and his ability to communicate the value of Montessori, he taught my daughter. —Sarah Biddle

Sarah Biddle: Jesse, thanks so much for taking time to chat with me about Montessori education. I know TOS readers will gain a lot from your knowledge and expertise.

Jesse McCarthy: Thanks for having me!

Biddle: To set some context, what generally speaking is the Montessori method? And what is a Montessori education?

McCarthy: This is a notoriously challenging question even for veteran Montessori practitioners. Let’s start with a practical situation that many parents and educators face. Say a toddler is bawling his eyes out, throwing a tantrum. How do you know what’s upsetting him? How do you know what to do? Ultimately, if you want to aid the child and not go mad in the process, you’re going to need some sort of insight into how his mind works so that every situation is not brand-new and baffling. The Montessori Method provides this insight. I view it as the scientific method applied to the parenting and education of children.

Maria Montessori developed her method by observing children in the process of learning. And that’s the best way for us to understand it, too. The first step is to observe. For instance, you observe a young child picking up and putting down an object. The next step is to measure: How many times in an hour does he pick it up and put it down? Then you experiment: What happens when I add another object? Does he play with the new one or continue playing with the first? Then you might form a hypothesis: Something like, “Young children like to pick up and put down objects over and over again.” Any parent of a young child can see this.

Then you test this hypothesis: Is this true with all objects? Does he enjoy picking up heavy objects? How about light objects? And then you might modify your hypothesis accordingly: “The objects must be appealing to the child.” And then you repeat this process many times with different objects, different children, different environments.

This is the kind of thing that Maria Montessori did with countless children over many years. She used this method to develop what we call Montessori education: an educational approach that includes materials designed specifically for children based on what she learned through careful observation, experimentation, and integration. That was her basic method, the scientific method.

In the broadest terms, Montessori education is guided self-creation. This means that the child is creating himself and who he is going to be as an adult—and the teacher is his guide.

In the broadest terms, Montessori education is guided self-creation. This means that the child is creating himself and who he is going to be as an adult—and the teacher is his guide.
Click To Tweet

The best way to illustrate this is with a personal example. So, let me ask you, do you remember a time as a child when you learned something new about the world, or yourself, or others that was very meaningful to you?

Biddle: Yes, I remember learning to sew as a young child. My grandmother taught me how to cut fabric and make different kinds of stitches. I recall it being very challenging, and I had to work at it over time. But the first time I sewed a dress for one of my dolls and it fit her and looked nice, I felt really happy and proud. I remember feeling so grown-up and accomplished. I loved that feeling.

McCarthy: It’s funny that you mention sewing, because in a Montessori classroom for three- to six-year-olds, they have elements of sewing for the children to explore and learn. A child might sew a button onto a piece of cloth and, in doing so, not only learn how to sew a button, but also gain general confidence that she can learn new things by trying and practicing. Montessori created an environment for just such moments. You want those moments when a child is so engaged in something that is uniquely important to her, and she’s guided by someone who knows what he or she is doing. That’s the Montessori environment in its most general sense.

A great deal of thought and preparation goes into creating that environment. And there are five or six things in particular that are at the core of a Montessori environment. First is child-sized, developmentally appropriate objects. To continue with your example of sewing, a Montessori environment would never have a child sewing really tiny, tiny buttons onto things with their tiny, three-year-old fingers. They just couldn’t manage that. They work with larger buttons that are easier for them to manipulate while developing their dexterity. A Montessori classroom also has child-sized furniture, not enormous adult-sized furniture. There are child-sized pitchers, cups, brooms, etcetera, so the children can work more easily with objects and tools that fit them.

Second, the work itself, as much as possible, is autodidactic, meaning that the materials are designed so that a child can see for himself whether he has completed a given task correctly or not. So, the children don’t need a teacher to check or validate their work. They can see for themselves whether the project is done correctly or whether they need to continue working on it. These autodidactic Montessori materials, or work a child can do with minimal adult involvement, range from practical life activities such as pouring juice and washing a table; to math—multiplication and division at five and six years old; to language work; to sensorial work (which engages the child’s hands); to culture, which brings in geography and science. And whenever possible, the materials are designed to be self-correcting so that the child can work as independently as possible.

A third element at the core of a Montessori classroom is freedom within limits. Suppose you, as a child in a Montessori class, want to sew one day. You can sew. Another child wants to do math; he can do math. But this is a freedom within limits. So, say little Sarah wanted to take the sewing needle and poke a friend. That’s not allowed. Or maybe she wanted to sew during lunch. The teacher would then step in and redirect her. There is freedom in Montessori, but always within clear limits.

Another core element of Montessori education is mixed-age classrooms. In traditional schooling, whether day care or elementary or beyond, you’re usually with kids your own age or within one year of your age. However, in a Montessori class, you would be in a class with a three-year age range. Some children would be your same age, but some children would be a year or two younger than you, or a year or two older than you, depending on where you fit within that three-year age range. There are huge benefits here for the kids, including getting help and a role model from an older student, or getting the chance to help younger kids and gaining confidence and pride from that mentoring experience.

Another element of Montessori is the focus on modeling and cultivating grace and courtesy in the classroom. Children are taught things such as basic respect for others, how to work together, and the importance of not interrupting someone when he is working alone. Children even learn things as simple as how to blow their nose without getting it all over a friend’s shirt. This is the kind of thing a teacher would model and teach a child how to do appropriately.

And last, a Montessori classroom requires a properly trained teacher. It can’t be any random person coming in and teaching the children. The teacher must know the proper way to guide children in a prepared environment. The training I had through AMI [Association Montessori Internationale is the organization Montessori herself founded] was a year of intensive study and practice of Montessori’s principles and methods.

Biddle: What are the main benefits for children of a Montessori education? What do they gain from being self-directed in such an environment? . . .