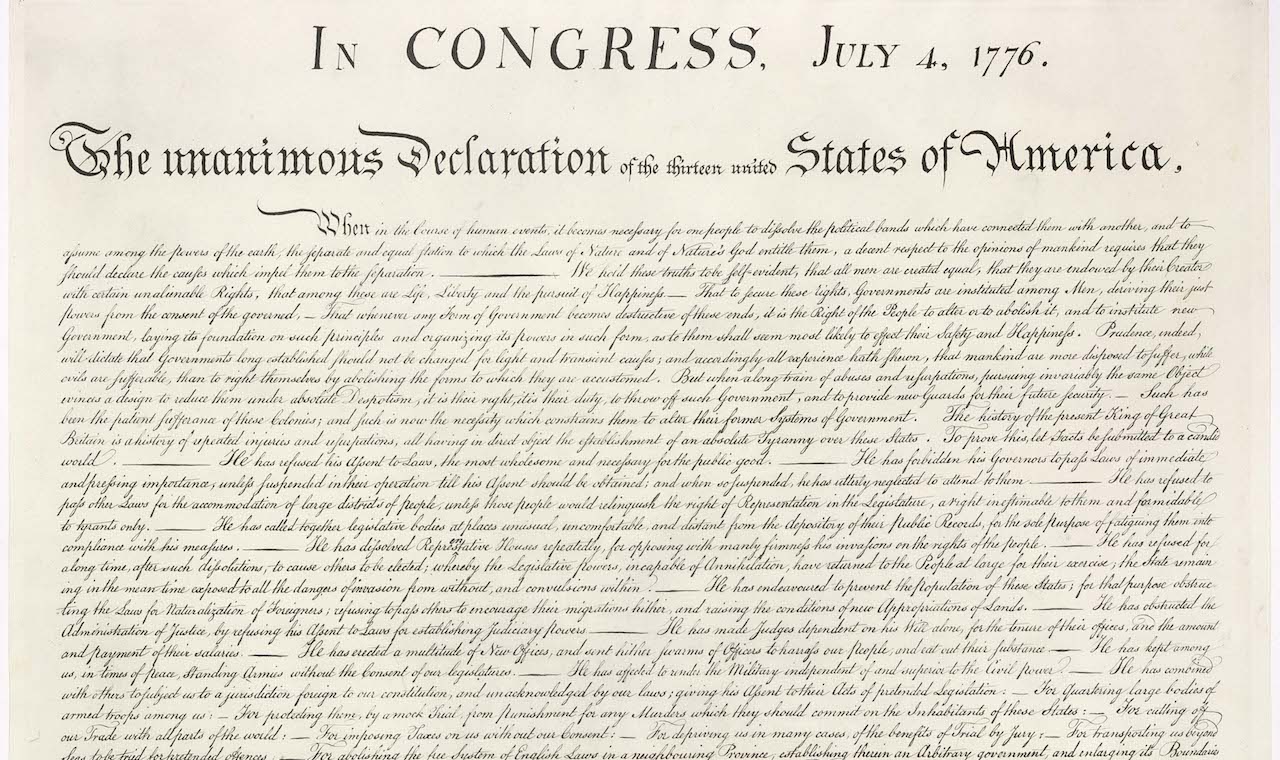 The Declaration of Independence is an essential element—the essential element—of our national identity. Abraham Lincoln put the point beautifully when he called it the “electric cord” that “links the hearts of patriotic and liberty-loving men together.” He was speaking then about Independence Day celebrations and the fact that every year, immigrants and the children of immigrants join in celebrating the founding despite the fact that their ancestors weren’t in the country in 1776. “[T]hey cannot carry themselves back into that glorious epoch and make themselves feel that they are part of us” by mere reflection on their ancestors, continued Lincoln. However, “when they look through that old Declaration of Independence [and] find that those old men say that ‘We hold these truths to be self-evident, that all men are created equal,’” they understand that they too are Americans. Recognition of the principle of political equality, not ethnicity or heritage, is what makes Americans. Thus, even such immigrants “have a right to claim it as though they were blood of the blood, and flesh of the flesh of the men who wrote that Declaration.”

But the Declaration is more than a statement of the ideals that bond patriotic and liberty-loving men together. It’s also a legal document (one of the “organic laws” of the United States) that plays an important role in our constitutional system—or ought to, if it were properly understood. Unfortunately, throughout American history legal theorists have often denied the significance of the Declaration as law.

View all articles by Timothy Sandefur →
Letter to the Editor
How to apply principles of rational egoism to make your life the best it can beThe Right to Try, to Hope, to Live
Return to Top